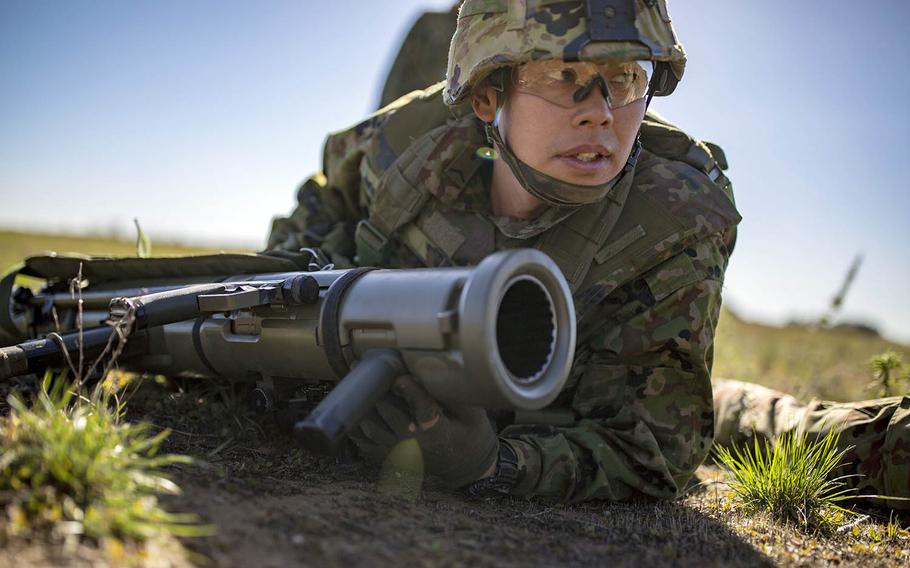 The Ground Component Command, which the service plans to establish Tuesday, will liaise with the Joint Staff Office and oversee the operations of all JGSDF brigades and divisions across the country, Japan’s Yomiuri newspaper reported.

The Amphibious Rapid Deployment Brigade, also expected to be formed Tuesday, will be responsible for retaking remote islands should they be seized by a foreign military.

The shakeup is the “biggest restructuring” of the JGSDF — the only service branch without a central command serving as a “gateway” for the JSO — since its formation in 1954, the newspaper said.

Plans call for the GCC to be staffed by approximately 180 personnel and headquartered at Camp Asaka on the northwestern outskirts of Tokyo, Yomiuri reported. It will take command of the JGSDF’s five regional armies — northern, northeastern, eastern, middle and western — in the event of an incident and carry out the JSO’s orders. These armies now operate independently under their own commanding generals.

The amphibious brigade — modeled after the U.S. Marine Corps — will have roughly 2,100 personnel and be based at Camp Ainoura, northwest of Sasebo Naval Base in Nagasaki Prefecture, Yomiuri reported. Some of these troops, which have been observing and training with U.S. Marines for several years, could deploy to Okinawa in the early 2020s — possibly even sharing Camp Hansen, Japan’s Asahi newspaper reported in October.

U.S. Forces Japan officials did not immediately respond Monday to requests for comment about what the reorganization means for the U.S. military, which has a security treaty with Japan and keeps about 50,000 troops stationed across the island nation.