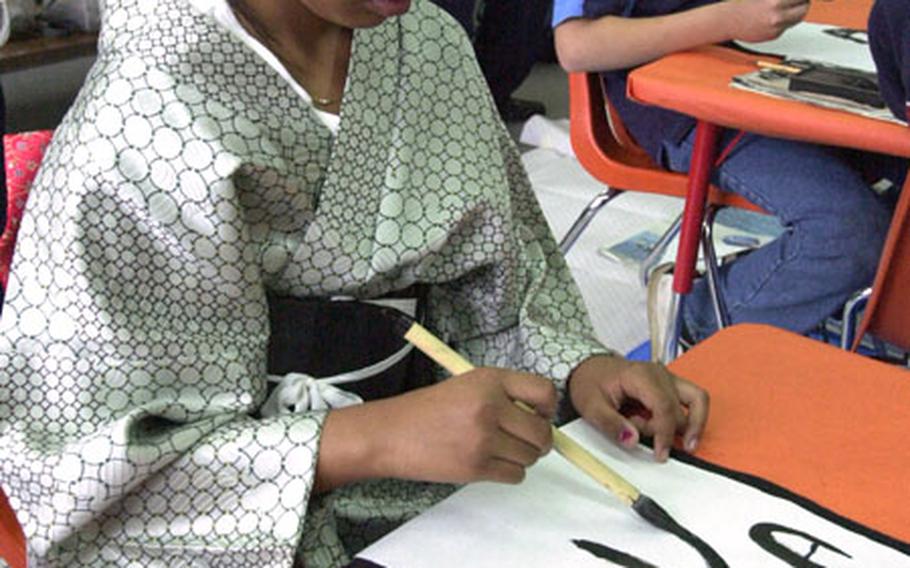 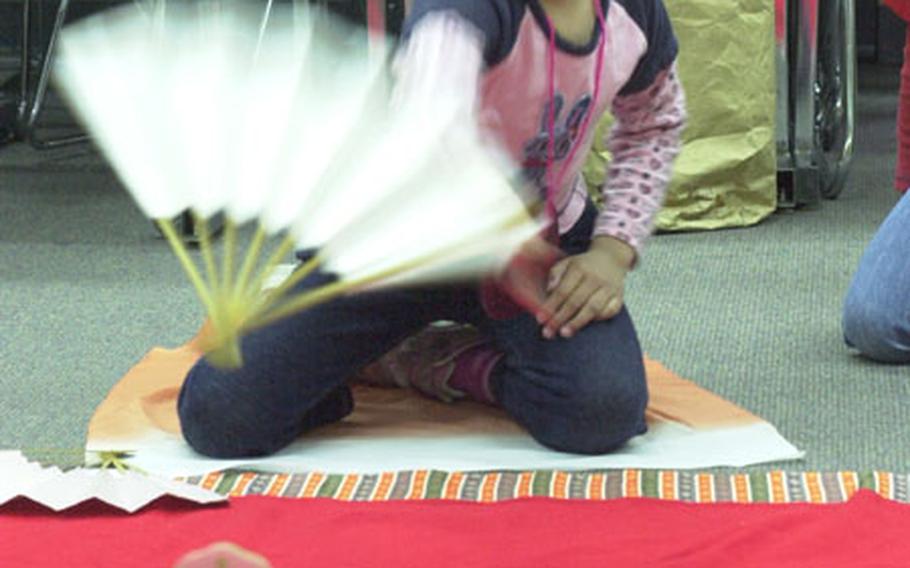 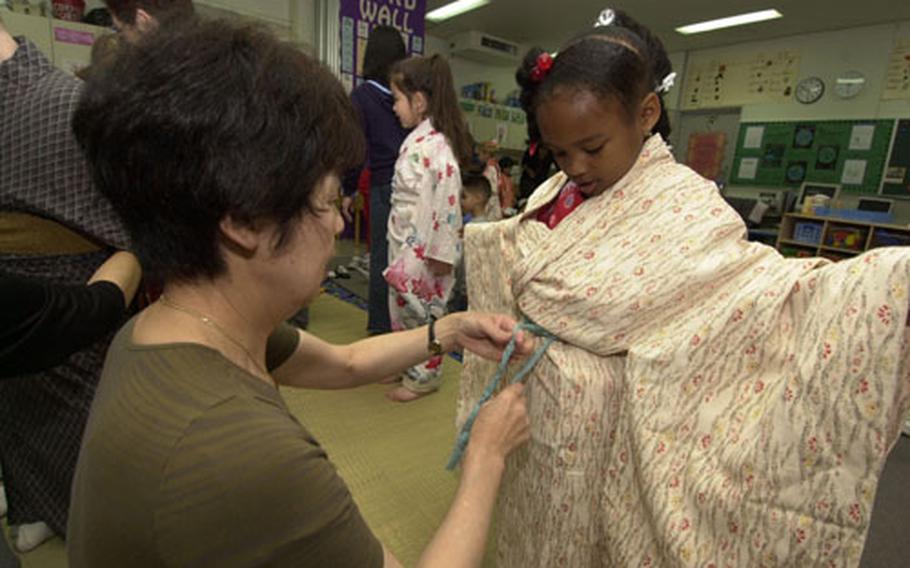 Kindergartener, Dominique Goden gets prepped for her obi to be tied on her kimono from Hiroko Kuga during the Nihon Matsuri festival held at Yokota West Elementary School Wednesday. (Jim Schulz / S&S) 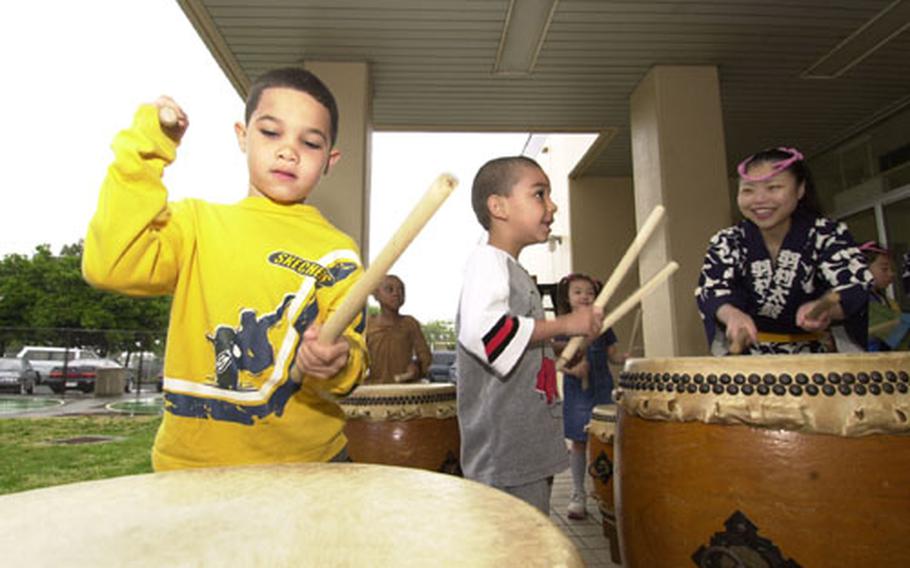 About 450 pupils at the school and preschool took part in an annual Nihon Matsuri, or Japan festival, in which they had hands-on experience with various Japanese cultural activities and traditions.

Out of 36 activities offered, each class took part in 10 lasting 20 minutes each, from music to sports to games. Children tried calligraphy, writing &#8220;peace&#8221; in old and modern Chinese characters. They played tosenkyo, a traditional fan-tossing game. With Japanese children, they jammed on taiko, or Japanese drums, and practiced karate.

&#8220;It is a promotion of the cultures of the two,&#8221; said festival co-chairman Carol Fullerton, a school nurse. &#8220;You bring all of Japan to the school, different festivals and all aspects of the culture. Japanese love to show us their culture.&#8221;

Nihon Matsuri started in 1984 after the neighboring city of Hino decided to adopt the school and sent volunteers to teach Japanese culture. In recent years, Japanese volunteers have come from various cities around the base.

The pupils not only got a taste of Japanese food, such as sushi rolls, but also got to make them &#8212; which Crystal Burroughs, 8, said she enjoyed the most.

The Japanese volunteers said the festival was an opportunity for them as well. &#8220;I think its great to be able to develop friendships using papers,&#8221; said Ayako Ejiri, a Akishima City resident volunteer teaching chigirie, pictures made from torn rice paper. The children &#8220;are cute and they seemed to be having fun. It&#8217;s fun just watching them.&#8221;