Japan digs out as snow continues to fall 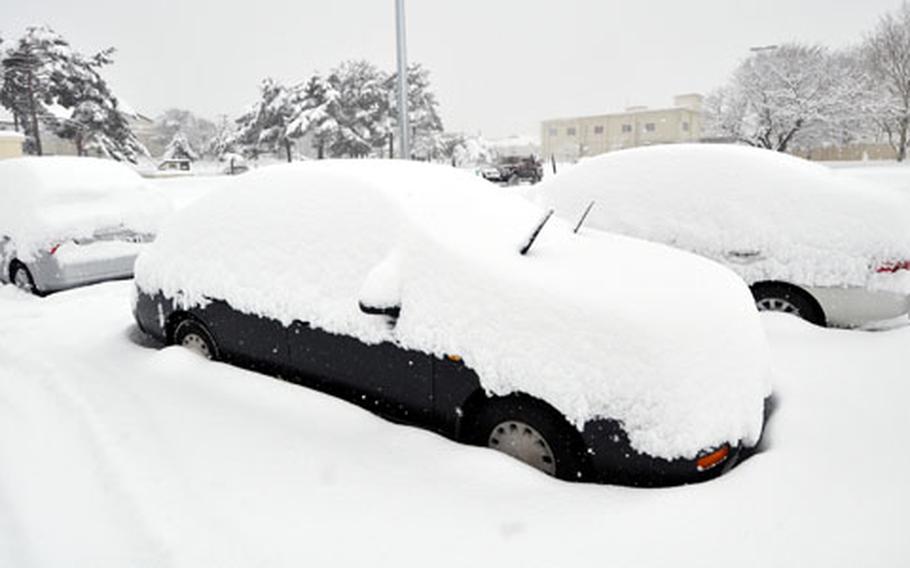 Cars are buried under heavy snow that began Tuesday afternoon and continued to fall through Wednesday morning at Misawa Air Base, Japan. (T.D. Flack / S&S)

Cars are buried under heavy snow that began Tuesday afternoon and continued to fall through Wednesday morning at Misawa Air Base, Japan. (T.D. Flack / S&S) 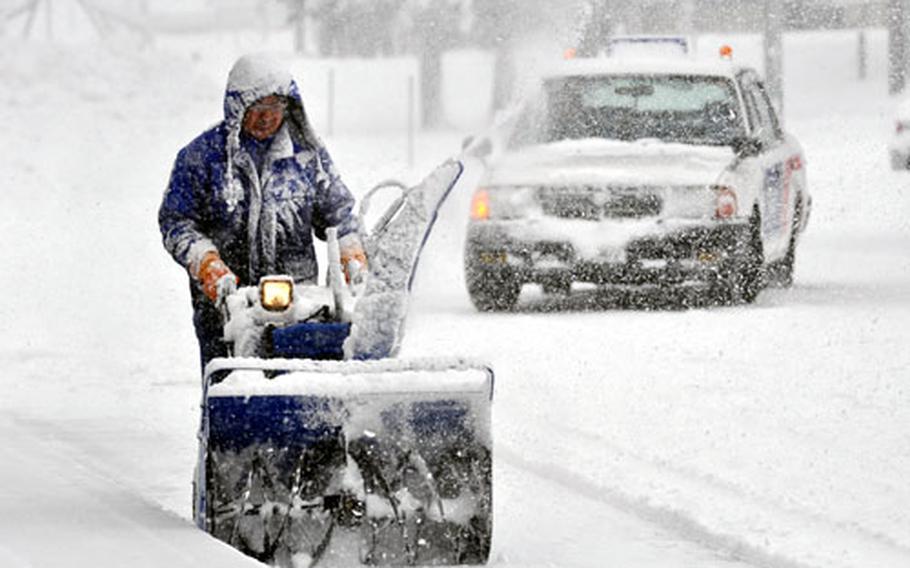 A Japanese employee runs a snow blower in the parking lot of the Army and Air Force Exchange store at Misawa early Wednesday. (T.D. Flack / S&S) 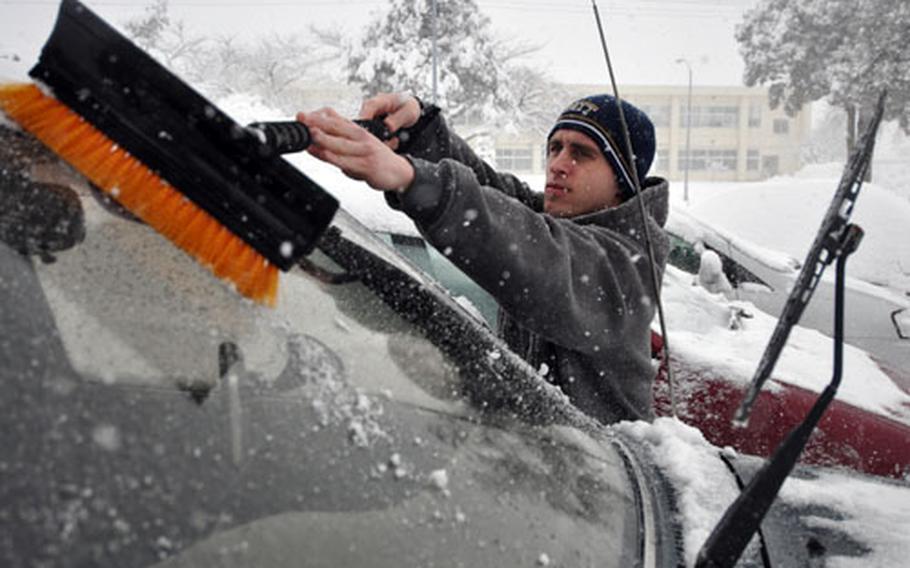 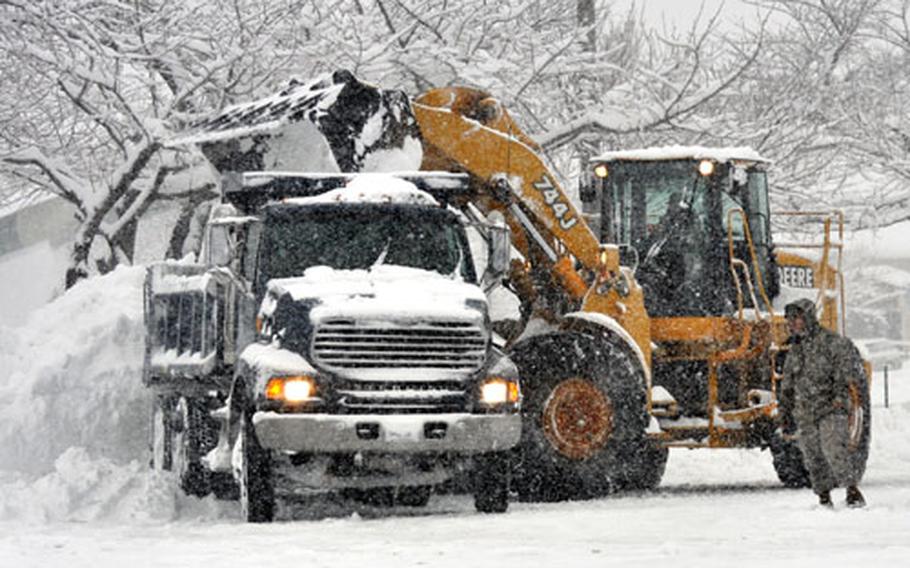 Workers move thousands of pounds of snow into one of a line of dumptrucks in the parking lot of the Army and Air Force Exchange store at Misawa Wednesday morning. (T.D. Flack / S&S)

MISAWA AIR BASE, Japan &#8212; Most U.S. military bases in Japan should be spared from major snowstorms expected across the country through Thursday night, according to weather officials.

The Japan Meteorological Agency released weather alerts Wednesday, warning that as much as 31 inches of snow is expected in the Hokuriku region, west of Tokyo.

Misawa will be spared the big storms but will still see about 3 inches of snow daily through Saturday, according to David Driskell, a meteorologist with the 35th Operations Support Squadron&#8217;s weather flight.

Driskell said temperatures are going to drop, and Misawa residents can expect the thermometer to read somewhere between 20 and 32 degrees Fahrenheit daily, thanks mainly to winds coming from the northwest, out of Siberia.

Japanese forecasters predicted Wednesday that Sasebo would be hit by 4 to 6 inches of snow by Thursday night.

Snow started falling at both Sasebo and Misawa on Tuesday and continued overnight, blanketing both bases early Wednesday morning.

Snow warnings were being broadcast on the American Forces Network radio and TV channels.

Sasebo received between 5 and 6 inches overnight Tuesday. Schools were closed for the day, and only emergency and essential personnel were required to report for work, base spokesman Charles Howard said.

The base will maintain updates on the snow situation on its Facebook site and Twitter feeds, which are linked to the base Web site, www.cnic.navy.mil/Sasebo/index.htm, Howard said. Residents can also call the Command Care Line at 252-3034 or off base at 0956-50-3034.

Howard said the base would continue to monitor weather conditions and update the community on any closures for Thursday.

The snows have already affected travelers, with Japan Airlines canceling 36 flights &#8212; leaving 2,270 passengers stranded as of Wednesday afternoon. A company spokeswoman said most of those flights were at Nagasaki.

Several Japanese bullet train routes also were delayed or canceled Wednesday because of the snow.