Japan cracking down on reckless bicyclists 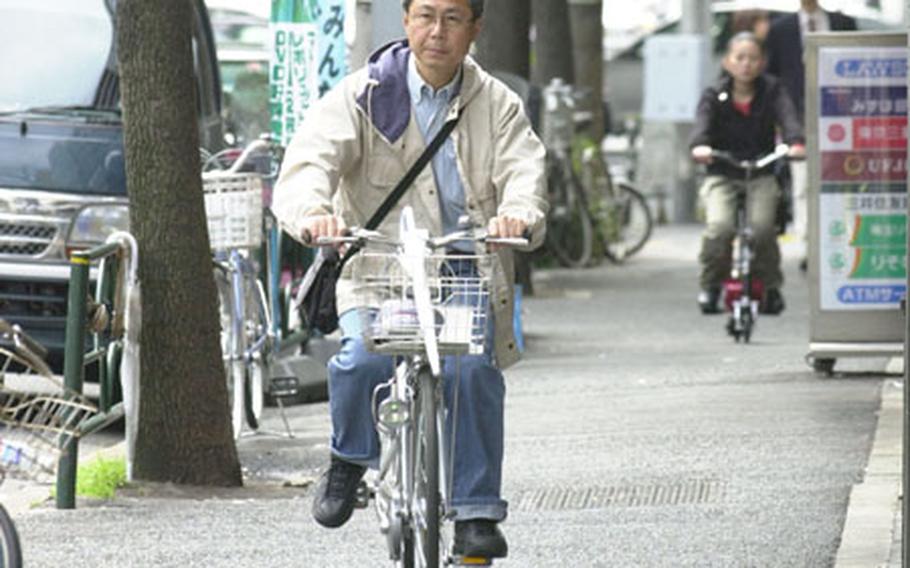 A man rides his bicycle on the sidewalk in Tokyo on Thursday. (Jim Schulz / S&S)

A man rides his bicycle on the sidewalk in Tokyo on Thursday. (Jim Schulz / S&S) 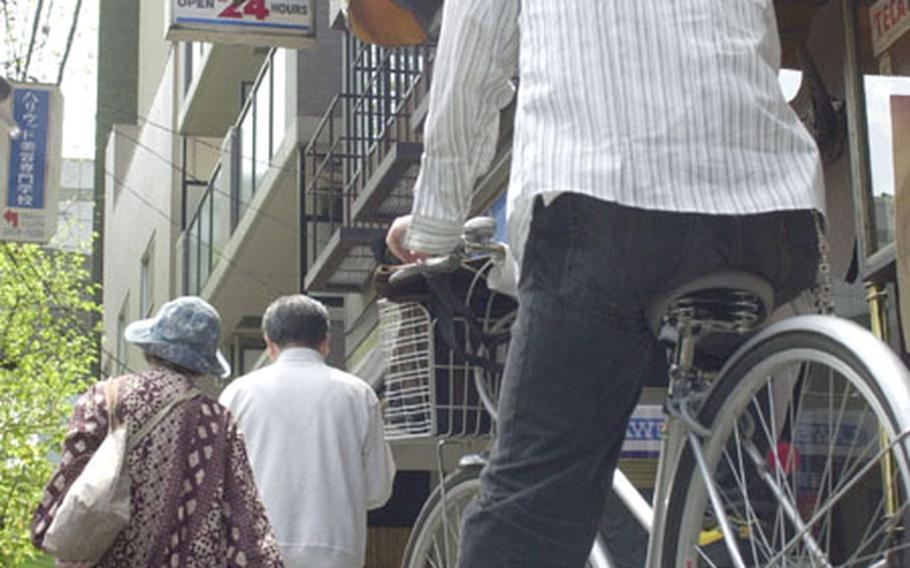 Japanese police are cracking down on bicyclists who violate Road Traffic Law, such as reckless cycling and piggybacking, due to increasing numbers of accidents involving bicycle riders. (Jim Schulz / S&S)

TOKYO &#8212; Japanese police, prompted by increasing numbers of accidents involving bicycle riders, are calling for cyclists to follow road traffic laws and targeting those who violate them.

The emphasis on bicycle safety is part of a spring road safety campaign in April and bicycle month in May, police said, adding, &#8220;The number of bicyclists has increased&#8221; at a time when riders are exhibiting little knowledge of traffic regulations and lack of consideration for pedestrians.

Police also are issuing warnings to cyclists who violate traffic laws, such as ignoring traffic lights and stop signs, but said they may arrest &#8220;heinous and dangerous offenders who continue to ignore police warnings and continue to violate the law.&#8221;