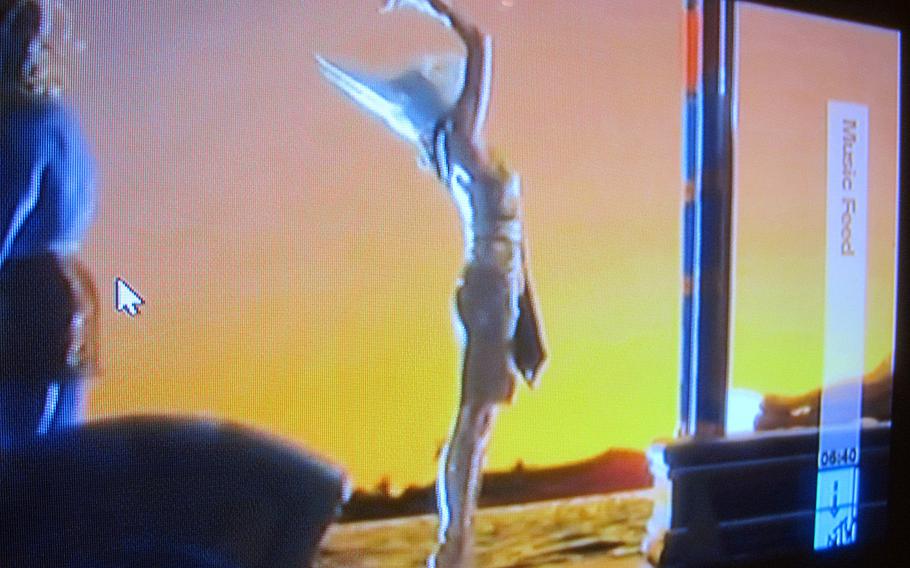 Cable subscribers at U.S. military bases in Japan may lose access to Viacom-owned stations, including MTV, at 7 a.m. April 2, if the media conglomerate and a cable company consortium cannot come to an agreement on Viacom's price increases. (Erik Slavin/Stars and Stripes)

In a possible sign that negotiations are making progress, the deadline for an agreement was extended through morning on April 1, Eastern Daylight Time — the third such extension beyond the original midnight deadline, said Americable Japan general manager James Smith II.

Cable companies say that Viacom has proposed doubling its rates for members of the National Cable Television Cooperative, which would raise prices for about 950 small-scale cable companies.

While negotiations continued, Americable sent notices to its subscribers in Yokosuka, Atsugi, Iwakuni, Sasebo and their outlying housing areas on March 31 notifying them that Viacom will cut off access to 10 basic-tier stations if negotiations collapse.

Officials at Allied Telesis, which offers service to Air Force bases in Japan, and Mediatti, which services bases in Okinawa, were not available for comment Tuesday night. However, Smith said each company in Japan would be affected.

“Obviously, we’re trying to fight for the subscribers to keep the rates down,” Smith said. “Unfortunately, there’s not a lot we can do.”

Americable plans to make its expanded package — which includes 27 channels — available to its basic-tier subscribers if it loses the rights to the Viacom channels it broadcasts.

Cable companies like Americable cannot purchase Viacom channels separately, Smith said. Even if they choose not to air a Viacom channel, Viacom’s contracts require cable providers to pay for lesser known channels if they want to the rights to well-established networks.

The average basic cable channel costs cable companies 28 cents per month, per subscriber, according to analysts SNL Kagan in a September report by National Public Radio. The three most expensive are ESPN, at $5.54; TNT, at $1.33; and Disney Channel, at $1.15 per subscriber. Viacom’s MTV2, at seven cents, is among the cheapest stations available to cable providers.