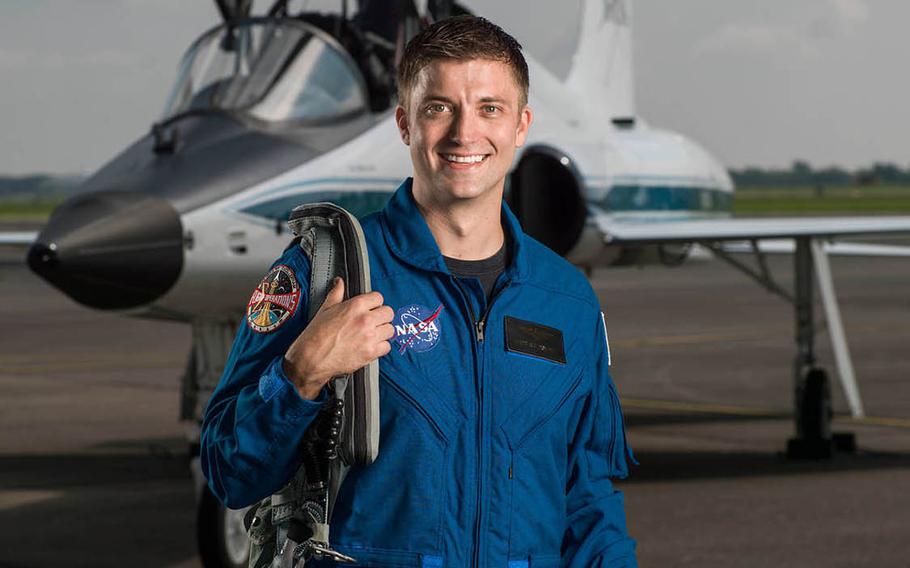 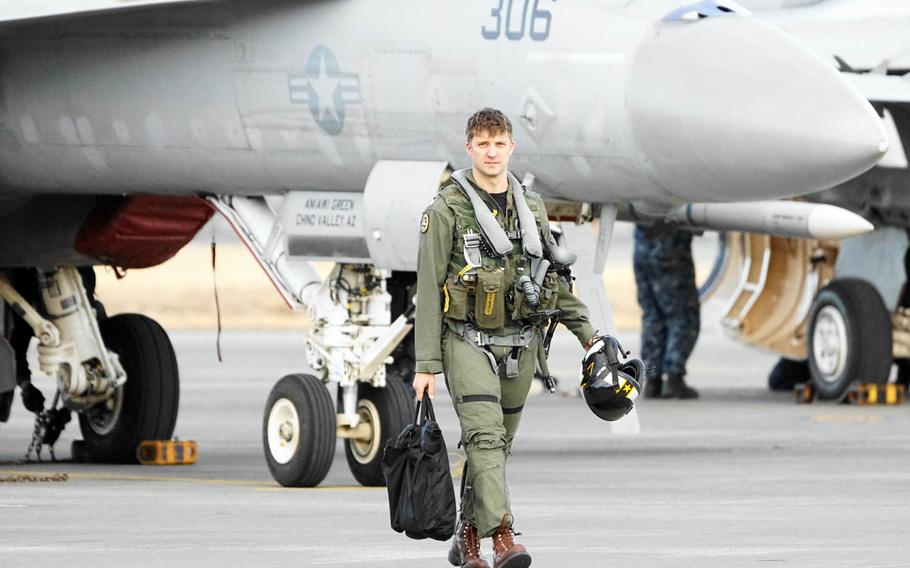 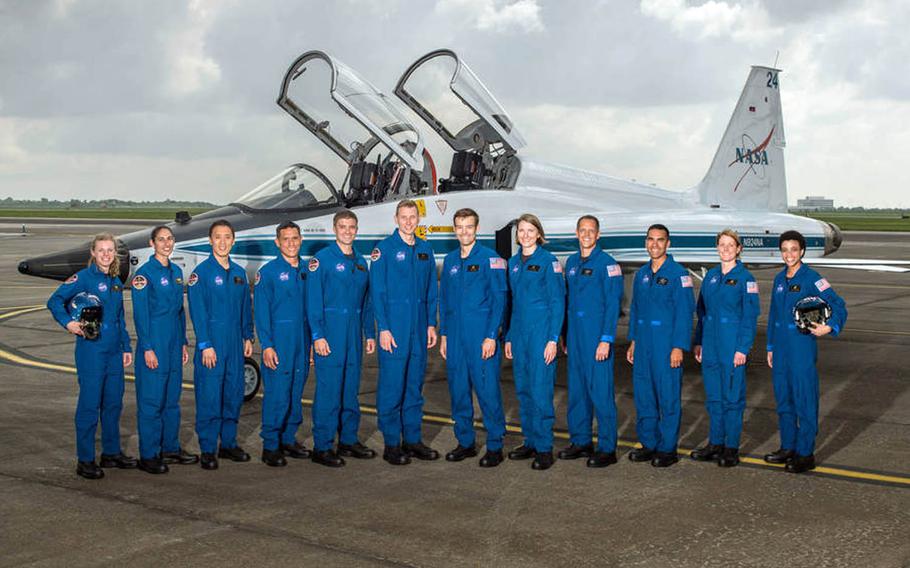 YOKOTA AIR BASE, Japan — A Navy pilot based in Japan is among 12 people selected among a record 18,300 applicants to train as a NASA astronaut.

Lt. Commander Matthew Dominick, 35, who flies F/A-18 Super Hornets with the Naval Air Facility Atsugi-based VFA-115 Eagles, got the news during a patrol aboard the USS Ronald Reagan.

“I’ve always wanted to be an astronaut,” he said Friday at Atsugi, where he was preparing to fly back to the aircraft carrier after a trip to Houston’s Johnson Space Center. “I did what I loved [flying for the Navy] and it helped me get to my goal.”

The new class of astronaut candidates, which includes several others with U.S. military ties, was introduced on June 7 in Houston by Vice President Mike Pence.

“These are 12 men and women whose personal excellence and whose personal courage will carry our nation to even greater heights of discovery and who I know will inspire our children and our grandchildren every bit as much as your forebears have done so in this storied American program,” Pence said, according to a NASA statement.

The Wheat Ridge, Colo., native met the late Neil Armstrong, a fellow Navy pilot and the first man to walk on the moon, during a deployment with VFA-143 aboard the USS Eisenhower to the Persian Gulf.

“I was impressed at how competent he was and how humble he was,” said Dominick, who flew eight-hour missions over Afghanistan during the deployment.

After a stint as a test pilot, he joined VFA-115 in Japan last year and is in the middle of his second patrol with the Ronald Reagan. He was supposed to be with the squadron another 18 months, but will head back to Houston in May to begin two years of astronaut training.

Dominick’s path to space began with a job application. He submitted his resume, did medical tests and answered questions from a board of astronauts. After that, there were physical, mental, mechanical and behavioral tests and more interviews.

The 12 new astronauts include civilians and military personnel. Dominick said he will remain in the Navy during his training.

The astronaut candidates learn about the systems on the International Space Station and fly T-38 jet trainers. They practice space walks using replicas of space-station components submerged in a giant pool, he said.

Experiencing zero gravity would have been a prime motivation for Dominick to become an astronaut in his younger days, but that’s no longer the case, he said.

“The people I work with are the thing for me now,” he said. “They are incredible human beings who want the world to be a better place.”

Piloting the Space Shuttle, which retired in 2011, won’t be an option for Dominick, but he’s excited about some of the new rockets being developed, including Space X’s Dragon, Boeing’s Starliner and Space Launch System’s Orion spacecraft.

“I’m a way off being assigned a specific spaceship,” he said, adding there will be a lot of “awesome new opportunities” after his training.

A trip to Mars could be the trip of a lifetime for today’s astronauts.

“I believe we need to be a multiplanet species,” he said. “We need to take care of the Earth, but we need to live on multiple planets. That’s the best way for us to survive.”

“The probability of life is small on one planet, but when you multiply it by something as big as the universe it seems quite possible,” he said.