Japan agrees to cleanup of lead contamination at US communications site 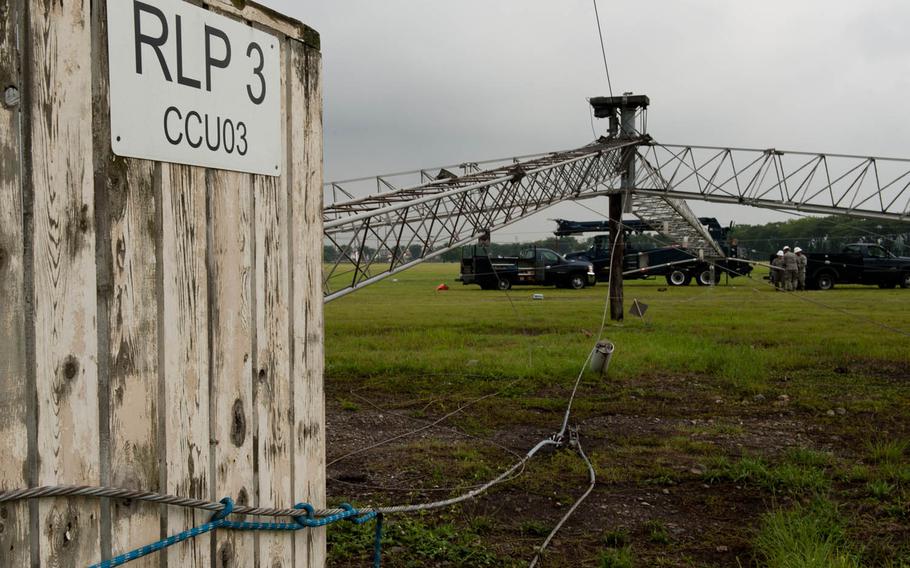 A team conducts scheduled maintenance at the Tokorozawa Communications Site in 2013, near Yokota Air Base, Japan. A recent environmental survey of the site, which relays ground-to-air and ship-to-shore communications for U.S. Forces Japan, found lead contamination in the soil. (Cody Ramirez/U.S. Air Force)

YOKOTA AIR BASE, Japan — The Japanese government has agreed to clean up lead contamination at an American communications site in Saitama Prefecture, the U.S. Air Force says.

The soil testing, performed ahead of road construction on the land, found 13,000 milligrams of lead per kilogram of soil at the site — about 86 times the standard level, the report said.

The contamination’s cause is unknown, said Master Sgt. Christopher Marasky, a spokesman for Yokota Air Base, which oversees the small facility where seven military personnel and three Japanese nationals work.

The Air Force found out about the contamination in 2014 after agreeing to return the land to the city of Tokorozawa so the road could be built. Follow-up tests last year confirmed the issue, he said.

“In accordance with [U.S. Forces Japan] policy, any remediation done on returned land will be completed by the government of Japan,” Marasky said.

Tokorozawa officials told NHK the lead was found in areas off-limits to the public, and they rated the chance of lead escaping from the base as low. However, the city plans to conduct more surveys to see how widespread the contamination is, the report said.