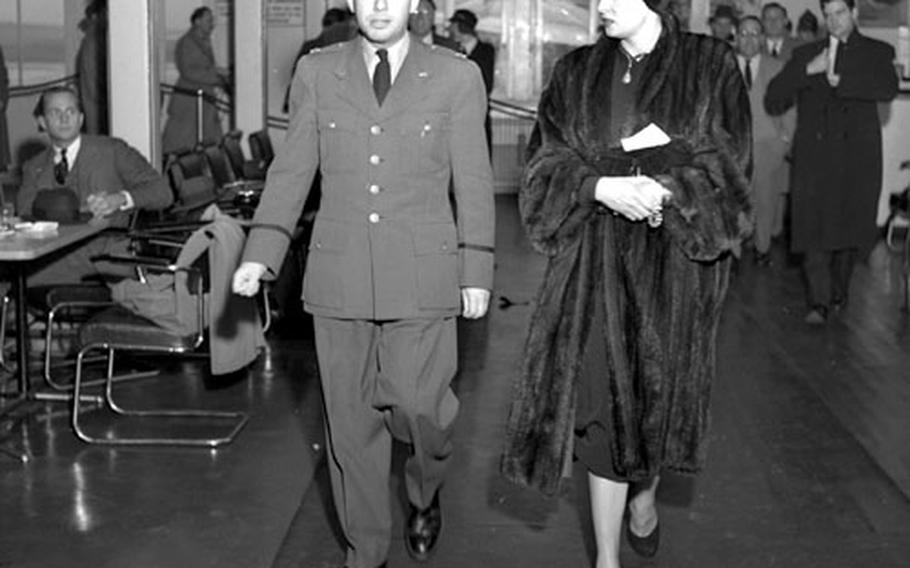 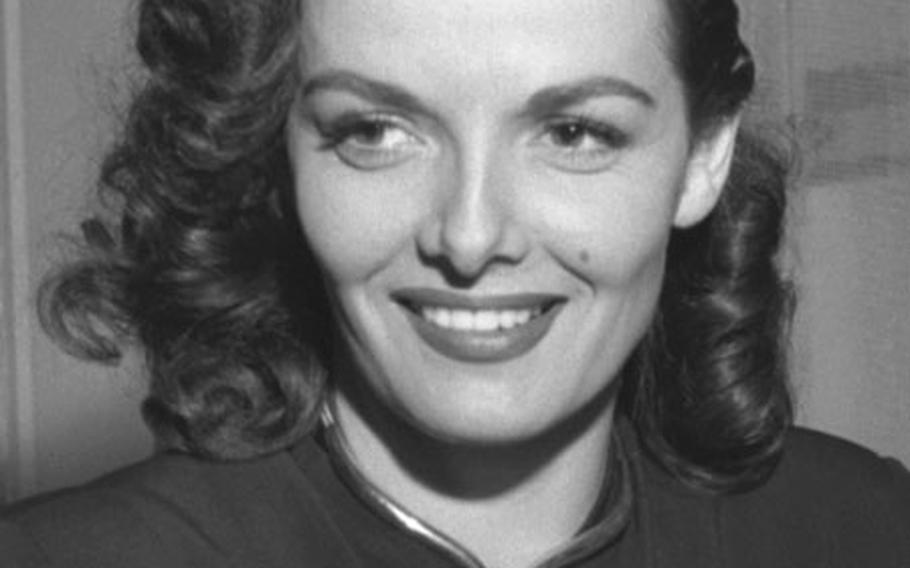 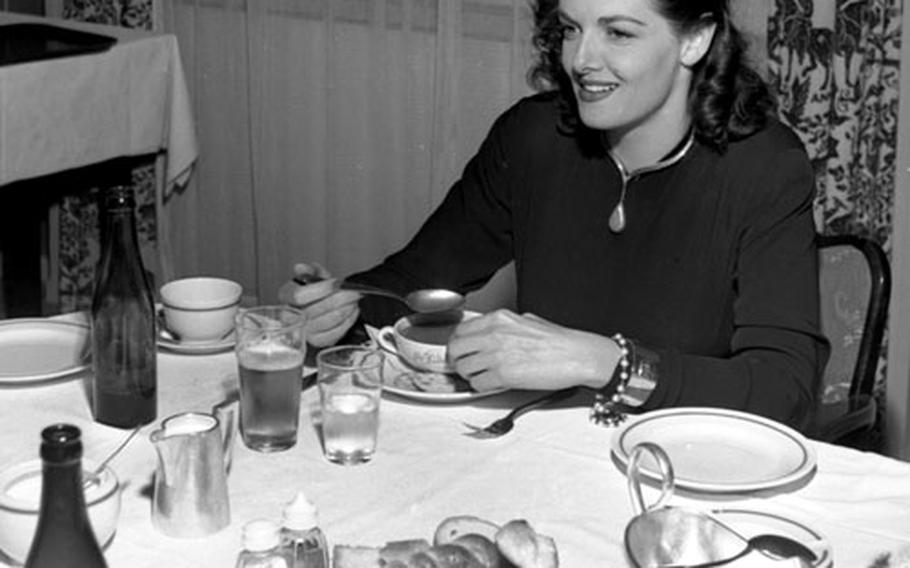 FRANKFURT, Nov. 1 — Some lucky German orphan may get movie star Jane Russell as an adopted mama.

The glamorous, curvaceous favorite of every wolf-howler from EUCOM to Korea suddenly dropped in from London at Frankfurt's Rhine-Main Airport today on a quick visit to see about adopting a child.

Swathed in a full-length mink coat, Miss Russell stepped off a TWA plane an hour late and feeling more than a little air sick.

But she quickly recovered tier vivacity over a sandwich and cup of coffee at the Frankfurt Casino and chatted with yours truly, who is now convinced that Jane is "as advertised."

"This red tape is really dreadful," she smiled. "I've been looking into the regulations on child adoptions in Italy. France and England and it's just about the same everywhere."

In Germany, the svelte, dark-haired actress is getting assistance from the highest places. Mrs. John J. McCloy, wife of the U.S, High Commissioner, arranged an appointment in her Bad Homburg home with German welfare agency representatives, and Miss Russell drove out there in a HICOG limousine for an executive session on adoption procedures. EUCOM soldiers who haven't seen much of Jane lately on theater movie screens, soon will be able to do so, she confided to this correspondent.

"There's a real dandy coming tip soon," she promised. "It's an RKO picture called 'His Kind of Woman,' with Robert Mitchum. Hope you all like it."

In real life, Jane sticks to black, severely cut high-neck fronts, in contrast to the plunging neckline gowns demanded by her screen roles.

She accented today's dress with one stunning piece of costume jewelry — a white choker with one pearl-shaped drop.

Arriving unaccompanied, Miss Russell was taken in tow by Maj M. T. Pollen, one of the High Commissioner's military aides. She was scheduled to stay tonight in the McCloy official residence.

Jane was one of the contingent of American movie and radio stars who went to England for a recent "command performance," and who stayed on for a little vacation in Europe.

"Sorry, I've got to be back in London tomorrow," she announced. "Maybe I'll be back here, though."

I was sorry, too.