'Ja-pun' makes life as a gaijin seem like fun 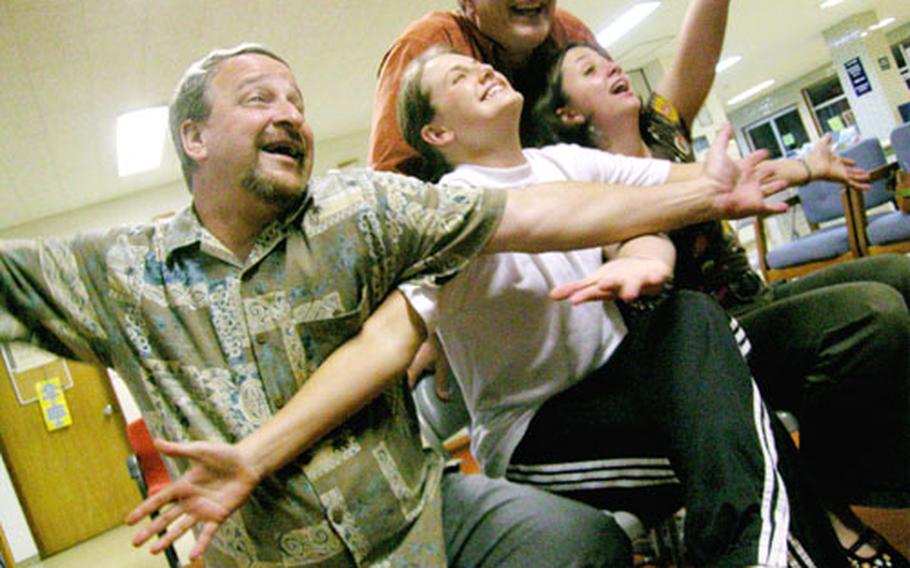 The idea of parading in front of an audience in a dental-floss diaper was, he said, repulsive if not harrowing. But then it happened: The Department of Defense Dependents Schools teacher made his debut in the musical comedy review of the gaijin (foreigner) experience.

From driving on the wrong side of the road to getting used to a Japanese toilet, the gaijin experience has been &#8220;Ja-pun&#8221; fodder in show tune spoofs, physical comedy and piles of jokes for 19 years.

Ja-pun started with a handful of ideas scribbled on napkins in 1986, brainchild of Daniel and Alice Owen and Walter Fritz. With pianist Jo Ann Soltes and actress Eva Graves, they performed the first show at the Yokosuka Officer&#8217;s Club that September.

Since, the troupe has traversed Japan from Misawa to Sasebo. The 20th anniversary show is coming up this September at Yokosuka&#8217;s Officers Club.

The script is structured but each show ends differently due to the rotating cast, Spearman said.