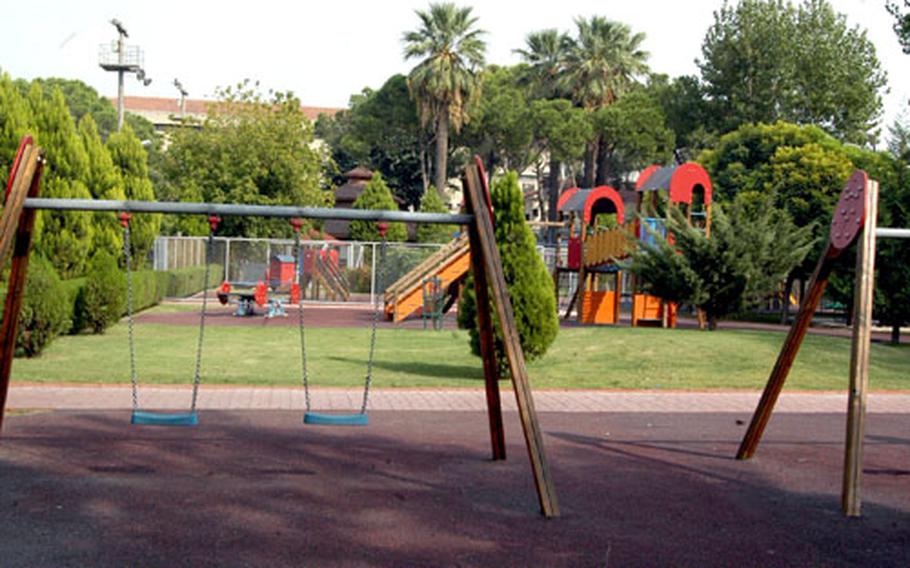 The Bayrakli compound in Izmir, Turkey, is filled with places for kids to play — but there aren&#39;t any kids. Americans serving in the city are there without their families, though that might soon be changing through a proposal to again make it an accompanied tour. (Kent Harris / S&S)

The Bayrakli compound in Izmir, Turkey, is filled with places for kids to play — but there aren&#39;t any kids. Americans serving in the city are there without their families, though that might soon be changing through a proposal to again make it an accompanied tour. (Kent Harris / S&S) 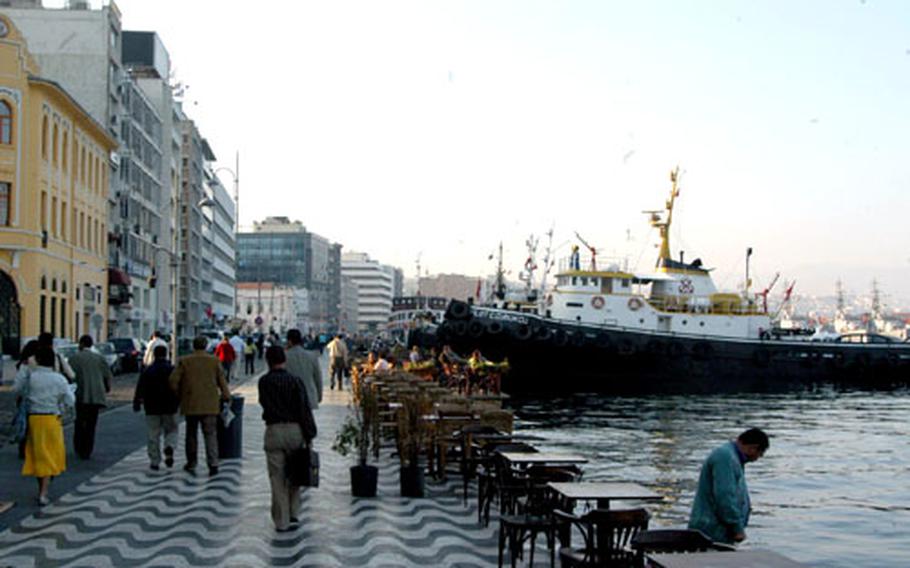 IZMIR, Turkey &#8212; Most people like to receive a little recognition for their hard work, even if it&#8217;s just something to share with friends and family. Especially when those friends and family members are thousands of miles away.

When it comes to being noticed these days, there aren&#8217;t many U.S. military facilities in Europe that receive less attention than Izmir.

Yes, says Col. Lori Ramirez, the new commander of the 425th Air Base Group, there are still Americans in Izmir. Just not as many as there used to be.

A lot has changed in the American community since the family members went home. Offices have relocated from the downtown high-rise to the enclosed park called Bayrakli, once a playground for children from the Department of Defense Dependents Schools facility downtown.

The park is now the heart of the American community. The school&#8217;s closed and the park &#8212; featuring playground equipment, a swimming pool, tennis courts, a softball field, miniature golf course, a mini football field and track &#8212; is largely empty of kids.

That might change, though. A proposal to bring the families back is currently sitting in the Pentagon.

&#8220;We&#8217;re hopeful that we will make this an accompanied tour,&#8221; said Maj. Gen. Dave Clary, deputy chief of staff for support for Allied Air Component Command Izmir. It&#8217;s the two NATO operations &#8212; the other is the smaller Communication Information Systems Support Agency &#8212; that keep the 425th in business. That and supporting even smaller geographically separated units in the country.

Staff Sgt. Keisha Yarbrough, a member of the security forces flight, had her son with her during her first tour in Izmir. Andre is currently living in the States with his grandmother.

Burns, who has been around since 1981, remembers busier times. He recalls when Bayrakli was filled with warehouses &#8212; former tobacco warehouses that the military converted to its use &#8212; before the park went in.

No one lives on base. A number of facilities on the compound have been renovated recently to offer the American community more support. There&#8217;s a new club, a four-lane bowling alley, a library that offers more than 1,700 DVD selections and an array of offices.

Housing off base, Burns said, is plentiful and Americans still get a lot of bang for their buck, though maybe not as much now as they did 10 years ago.

Over in the exchange/commissary complex, still downtown but housed behind heavy security doors, Bahar Kiris said she isn&#8217;t selling many carpets. She said business is bad for everyone, including the Defense Commissary Agency and the Army and Air Force Exchange Service. She would like to see the families return as well.

That&#8217;s not a word that airmen often use when describing their time in Izmir.

Airmen say people are friendly, the weather is great, the cost of living is low and there&#8217;s a lot to do in and around the city. Located on the Aegean Sea, Izmir is one of the country&#8217;s most modern cities.