Iwakuni to open runway for commercial flights to Tokyo 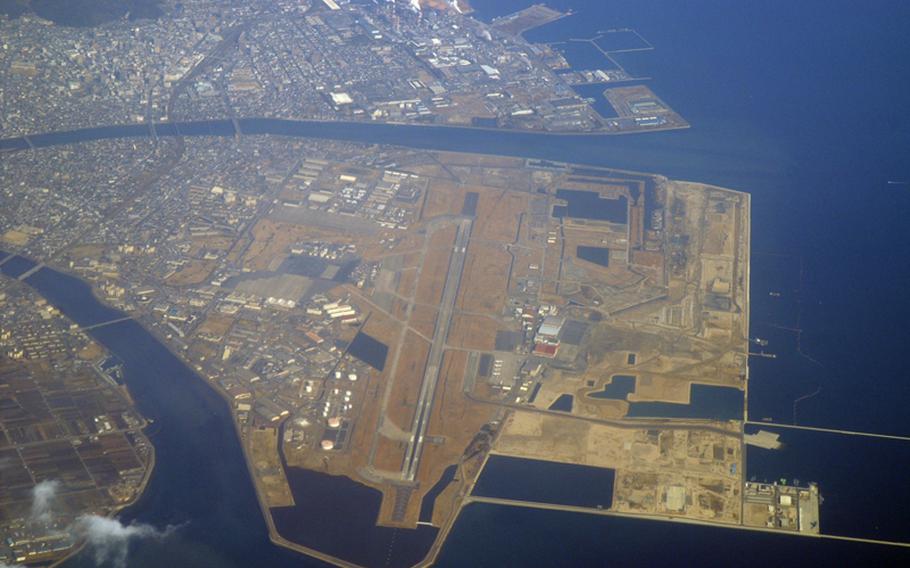 SASEBO NAVAL BASE, Japan &mdash; The Marine Corps will open its runway at Iwakuni to commercial flights on Dec. 13, opening a connection between the air station and Tokyo&rsquo;s Haneda Airport, officials from Japan&rsquo;s Ministry of Land, Infrastructure, Transport and Tourism announced last week.

The opening of the new Iwakuni Kintaikyo Airport, will feature four round-trip All Nippon Airways flights daily, according to a ministry news release. Minister Yuichiro Hata met with Yamaguchi Governor Sekinari Nii and Iwakuni Mayor Yoshihiko Fukuda on June 8 to notify them of the opening.

Marine Corps officials say they hope the new airport will ease travel for Marines who usually fly into Hiroshima, about 60 miles away to the north, before coming to the station.

Sharing the runway with commercial planes should not impact the air station&rsquo;s mission, according to MCAS Iwakuni spokesman Gunnery Sgt. Bryce Piper.

&ldquo;We do see more flexibility for station family members having easier access to air travel for leave and liberty,&rdquo; Piper said in an email.

Travelers wishing to fly out from Iwakuni will arrive at an off-base terminal, and after going through security, will board planes at the apron by the terminal, which is also off-base, Ministry officials said. The planes will then taxi through an opening in the fence, onto the base&rsquo;s runway where they will fly out.

Planes arriving in Iwakuni will land on the base&rsquo;s runway, go through the gate, and arrive at the off-base terminal where they will exit.

ANA is the only carrier to offer flights to Iwakuni, ministry officials said. The U.S. and Japan agreed to have only four flights daily at MCAS Iwakuni, so an agreement would have to be reached between the two countries before more can be added.

&ldquo;We think Iwakuni Airport should have the demand, in business and in tourism,&rdquo; said ANA spokesman Ryosei Nomura. &ldquo;We are expecting a lot for this new route.&rdquo;

There is still plenty of work to be done before the airport can open, said Masaaki Nakahara, an official from the Ministry&rsquo;s Aviation Network Division. Off-base, the terminal building, apron and parking lot are currently under the construction. On-base, the taxiing way to the runway and fencing to separate the base and the terminal are also being built.

The last time the airport was used by commercial aircraft was in 1964, according to the ministry release.

&ldquo;Resumption of commercial airport for the first time in 48 years since December 1964 will contribute significantly to regional development and boosting tourism,&rdquo; the ministry&rsquo;s release stated.

The concept of a military-commercial joint airport is nothing new and should not affect travelers, Nakahara said. Misawa Air Base has shared its runway with commercial flights for many years and there are number of airports that share runways with the Japanese Self-Defense Forces.

CORRECTION: In an earlier version of this story, the distance to Hiroshima was incorrect.