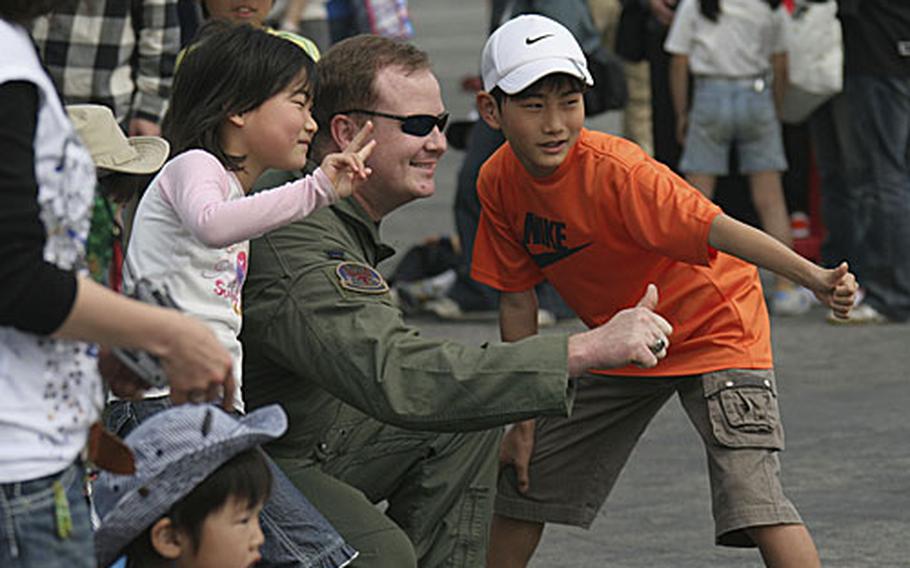 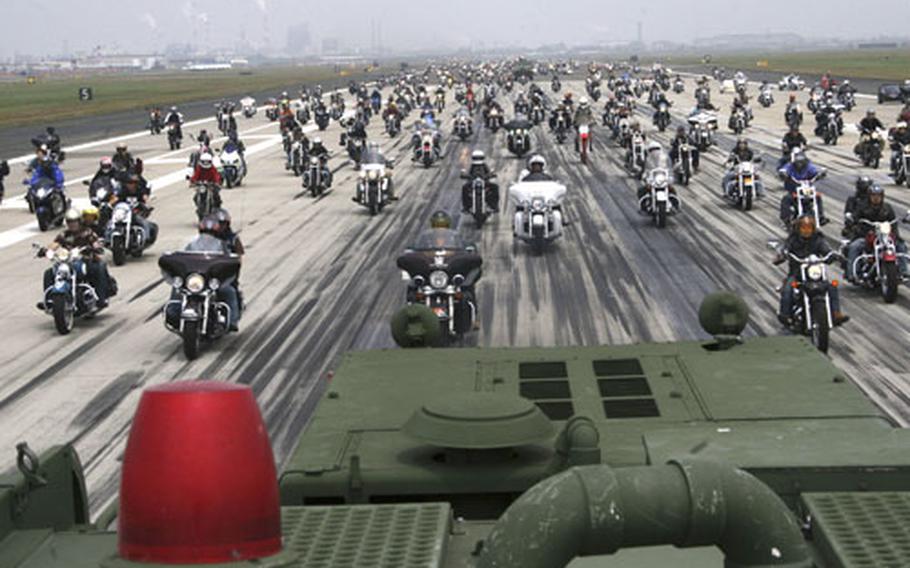 More than 430 motorcycles roar down the runway during "Rolling Thunder," one of the most popular ground events, during the 35th annual Friendship Day at Iwakuni Marine Corps Air Station, Japan. An estimated 270,000 visitors turned out Saturday for the base festival. (Cpl. Cristin Bartter / Courtesy of U.S. Marine Corps) 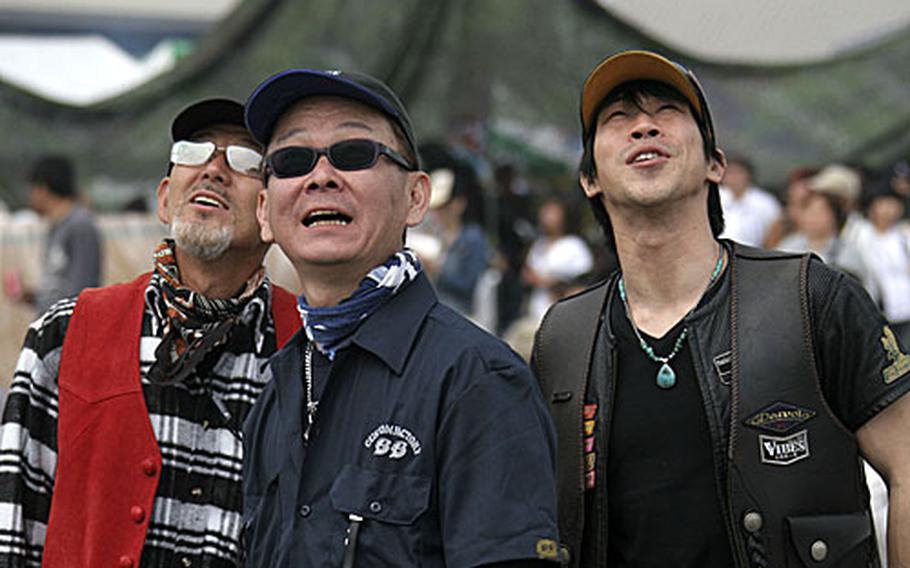 Three men "ooh" and "aah" as they stare skyward at one of the many aerial acts. (Cpl. Luke Blom / Courtesy of U.S. Marine Corps) 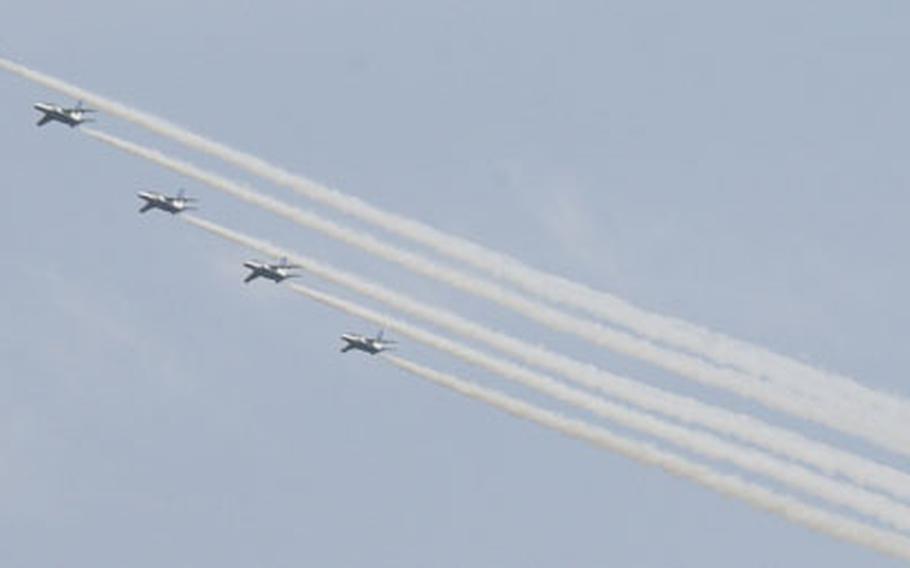 The weather was a worry early on, but the 35th annual Friendship Day festival at Iwakuni Marine Corps Air Station still managed to set a new attendance milestone.

About 270,000 Japanese visitors poured onto the installation Saturday for the city&#8217;s largest one-day event, topping last year&#8217;s mark by roughly 5,000, according to early estimates.

&#8220;We didn&#8217;t get the weather we were hoping for,&#8221; said Master Sgt. Lesli Coakley, a base spokeswoman. &#8220;It was cloudy this morning and initial reports were calling for rain. I think that kept a lot of people from coming early.

As in years past, the Japan Air Self-Defense Force&#8217;s Blue Impulse aerobatics flight demonstration team was the day&#8217;s centerpiece attraction, drawing oohs and aahs from the crowd, as did the E-Team Skydivers, who unfurled American and Japanese flags during their afternoon jump.

The air show also featured the Marine Corps&#8217; AV-8B Harrier, which came in and took off vertically before conducting a horizontal landing. Other demonstrations included the F/A-18 Super Hornet and Air Force F-16.

On the ground, about 33 U.S. and Japanese aircraft sat on static display, Coakley said.

Master Sgt. Rita DeSanno of Iwakuni&#8217;s Headquarters and Headquarters Squadron rode in her first &#8220;Rolling Thunder&#8221; on the flight line. The annual motorcycle rally drew only about 435 bikes, compared to 1,500 a year ago, as the threat of rain kept many away.

&#8220;It&#8217;s pretty awesome,&#8221; DeSanno said. &#8220;It was unforgettable, the fact that we were mixing it up with the Japanese. We get together a lot off base, but this time, we did it in a military scene, with military firefighter trucks leading the way, running down a Marine Corps airfield. It was pretty cool.&#8221;

The 3rd Marine Expeditionary Force Band played the U.S. and Japanese national anthems as part of the opening ceremony, and then greeted visitors at the gate with jazz and 1940s-style swing performances. And local and international bands staged live concerts throughout the day.

Coakley said there was a minor case of heat exhaustion but no major incidents Saturday.