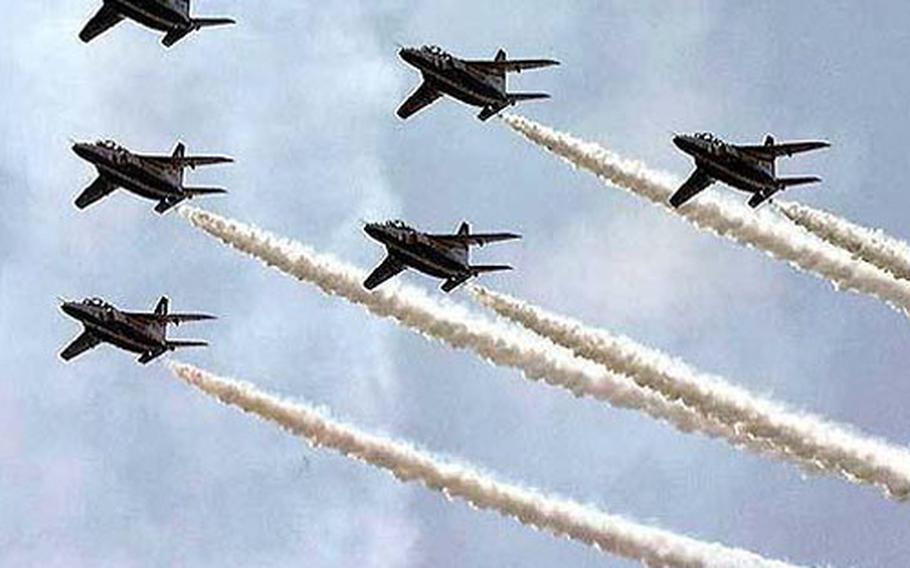 IWAKUNI MARINE CORPS AIR STATION, Japan &#8212; Aside from tightened security, this air station&#8217;s Friendship Day 2003, along with its popular air show, is set to soar as usual this year.

During previous annual Friendship Day events, as many as 267,000 visitors converged on the base during the course of the day for festivities that celebrate the friendship between Americans and Japanese. The May 5 event will be the 43rd time the base has sponsored Friendship Day.

Besides the air show, there are dozens of booths operated by American servicemembers and Japanese vendors selling burgers, yakitori, ribs and yakisoba, unit caps, shirts and other base and Japanese souvenir items.

An aircraft display consistently draws crowds of people who want a close-up look at their favorite airplane or helicopter, and in some cases, even have the chance to climb inside.

Other bullet-quick jets will fly in the show during the U.S. Pacific Air Force F-16 demonstration and during fly-bys from JASDF F-15, F-4 and T-4 jets.

For security reasons, parking will be extremely limited on base, and vehicles will be subject to searches, so taking public transportation such as trains, buses or ferries is recommended.

In addition, visitors are discouraged from bringing large bags, as they may be searched.

Pedestrians may enter the base through the Main Gate from 9 a.m. until 1:30 p.m. After that, the gate will allow only outgoing pedestrians. Bicycles will be parked in an area outside the Main Gate.

Visitors who drive onto the base may do so through the North, Contractor and C gates.

At 1:30 p.m., or when the parking spaces are filled, no further vehicle traffic will be allowed to enter for the event. At that time, all gates will be used only for outbound traffic.