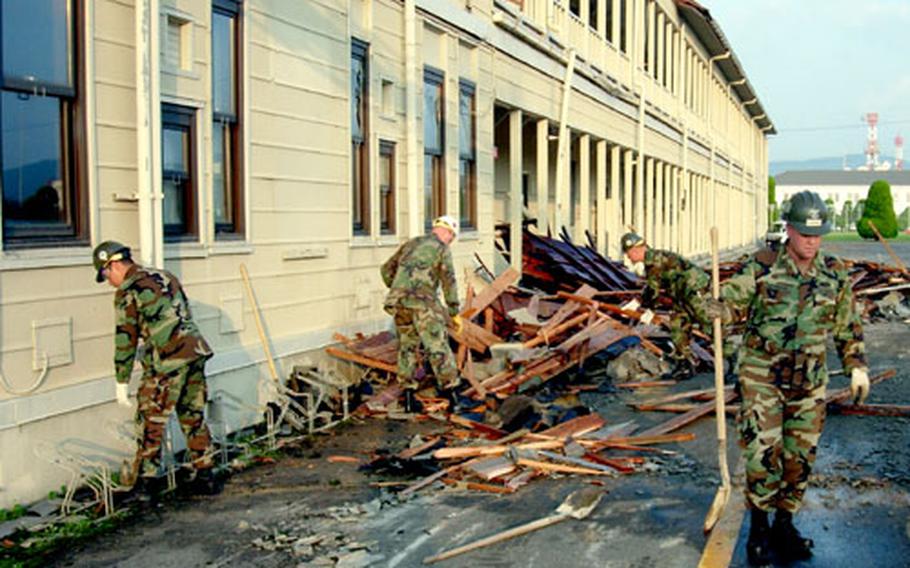 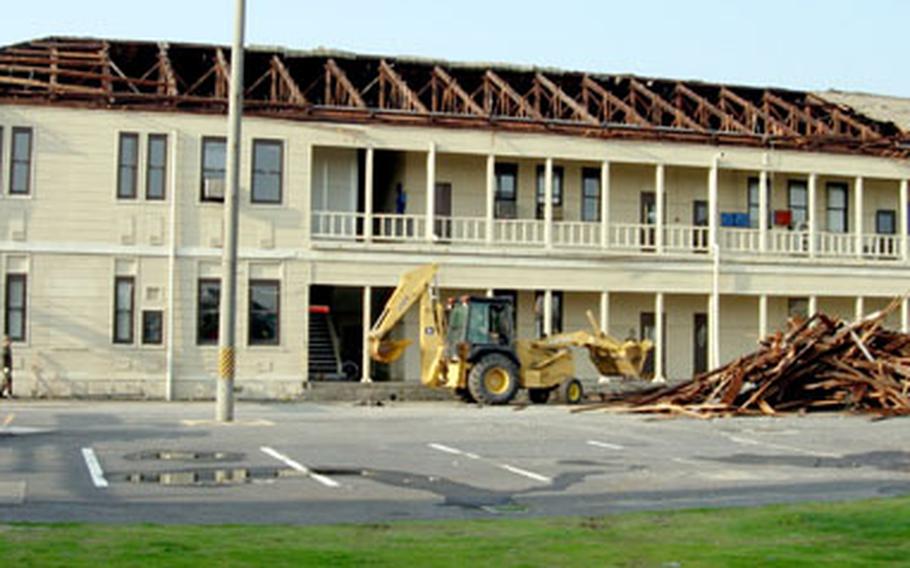 Half the roof of the logistics building was scattered in pieces, making that structure virtually unusable for about 70 employees at the southwestern Honshu base.

Iwakuni schools opened Thursday, and base services functioned normally, Coggins said. Typhoon Songda did not cause any damage to military aircraft.

No injuries occurred on base during the typhoon, Coggins said, and there were several hours of power outages in housing and other areas.

The typhoon made landfall in western Kyushu early Tuesday morning and marched northeast throughout the next 24 hours.

Iwakuni forecasters had expected the typhoon to pass no closer than about 86 miles, but Songda came within 20 miles of the base, Chief Warrant Officer David Fulton, station weather officer, said that night.

Wind caused the electrical power outages in housing and other scattered areas, but when Tropical Cyclone Condition of Readiness All-Clear was issued at midnight, crews quickly made repairs. Coggins said generators that back up all critical systems on base performed as expected.

&#8220;Shops are working as we speak and they are prioritizing the repairs. We are getting contractors in here as well to carry out certain repairs,&#8221; Coggins said. &#8220;As far as the logistics building, we are scrambling to relocate people and we have them stashed in different locations, including some in the Chapel Community Room.&#8221;

Workers finished some repairs Wednesday and Thursday; some would take much longer. For instance, long-range plans have included the replacement of the aging wooden logistics building.

He said Naval Mobile Construction Battalion 133 provided, among other help, enormous aid in clearing a pathway so the Children&#8217;s Development Center could open. Marine Wing Support Squadron 171 assisted in clearing debris so other repairs could begin.