Iwakuni mayor thanks Marines for help with typhoon cleanup 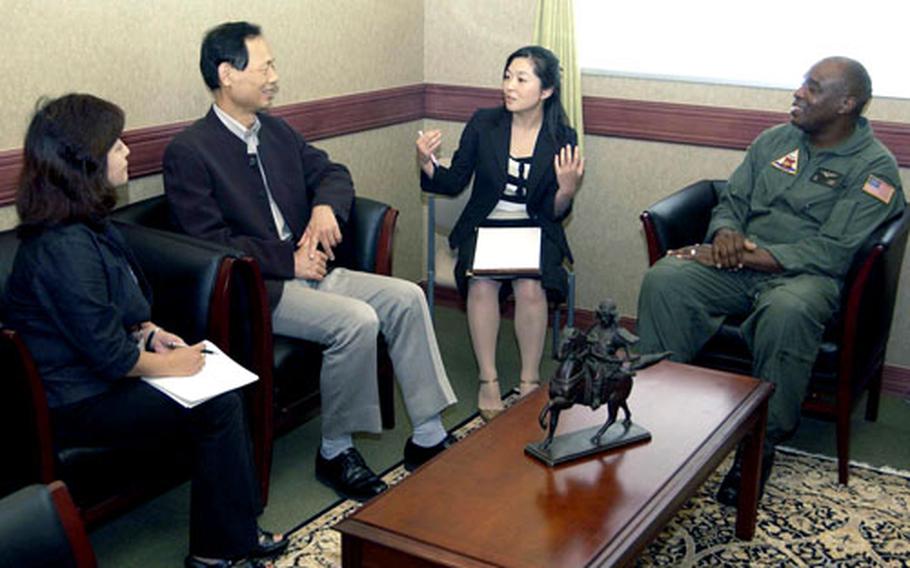 The mayor of Iwakuni, Japan, visited the commander of Marine Corps Air Station Iwakuni on Thursday to thank the base community for helping with last month&#8217;s efforts to clean the typhoon-damaged Kintai Bridge area.

Mayor Katsusuke Ihara expressed his appreciation to Col. Michael Dyer exactly one month after Typhoon Nabi left debris including broken boats, a turned- over car and bus and uprooted bricks, a base news report stated. Base residents volunteered to help clean the community.

Dyer was quoted in the report as saying that one of his top priorities is maintaining a positive relationship with the community to &#8220;foster an atmosphere that teaches investing in each other. We consider Iwakuni city as part of our community,&#8221; Dyer stated.

One Marine who volunteered said the appreciation expressed by the mayor was nice but not necessary. &#8220;We live here, too, in the community and as such we want to be involved in helping in a situation like this,&#8221; said Lance Cpl. LaToya Thompson of Headquarters and Headquarters Squadron.

Thompson, from Greensboro, N.C., said she helped remove parking lot brickwork ripped apart by the typhoon, trees wrapped around portions of the bridge and riverbed sand that the storm had heaved onto sidewalks and streets.

&#8220;It&#8217;s very gratifying to know that our efforts are being recognized by someone of such prestige,&#8221; stated Lance Cpl. David Bradberry from Headquarters and Headquarters Squadron, a native of New Orleans.