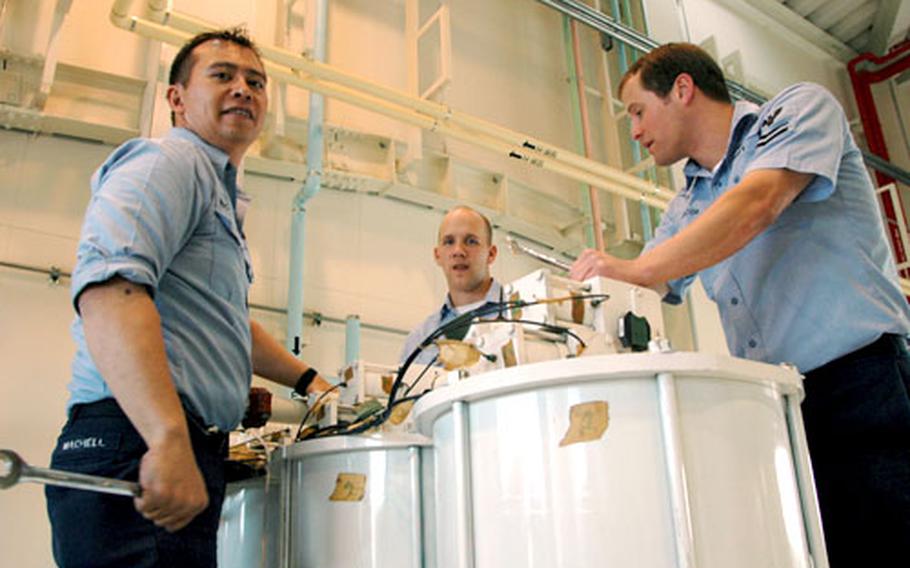 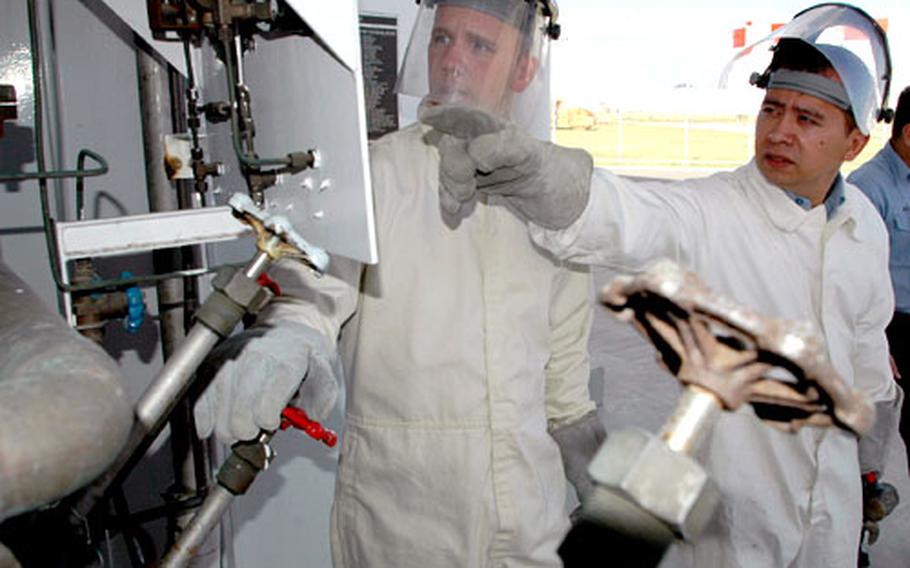 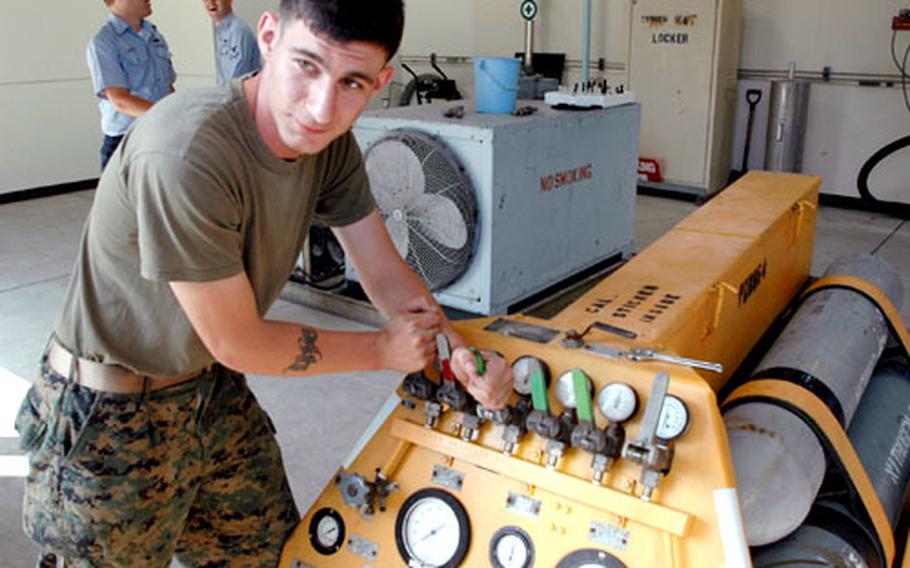 Cpl. James Fairman loads tanks of almost pure oxygen and nitrogen at Iwakuni Marine Corps Air Station’s Cryogenics Laboratory onto a trailer to transport them to another part of the base last week. (Greg Tyler / S&S) 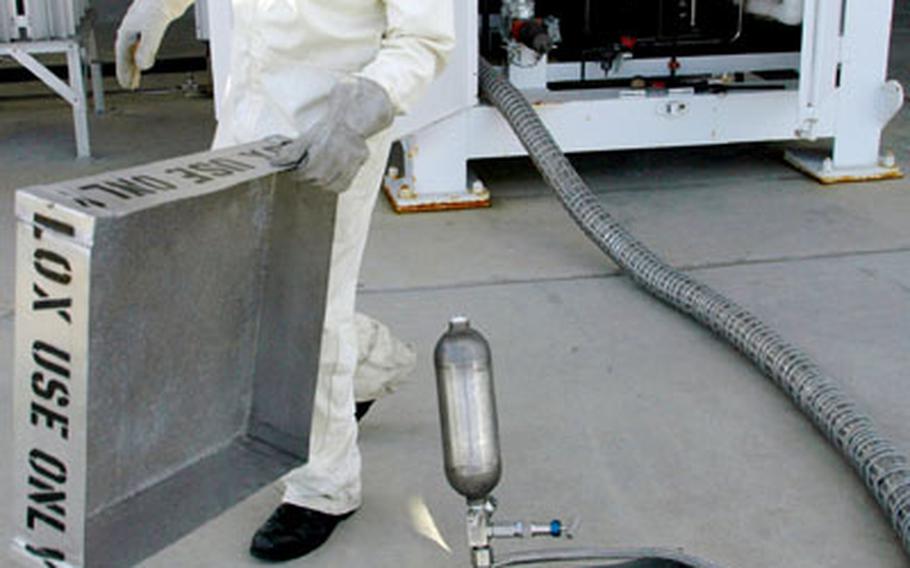 IWAKUNI MARINE CORPS AIR STATION, Japan &#8212; Staff members said it is common for people unaware of the work at Iwakuni&#8217;s Cryogenics Laboratory to imagine something futuristic, mysterious and possibly sinister.

Some imagine deceased people in a frozen state, pending a discovery to cure whatever disease did them in, they said. However, nobody is frozen and stored here, staffers added last week. But the mistake in terms &#8212; cryonics and cryogenics &#8212; can be amusing.

&#8220;Most people I meet wonder what we do, and sometimes ask if we freeze people here, like in the sci-fi movies,&#8221; said Petty Officer 1st Class Laurence Gordo, leading petty officer at the lab responsible for purifying elements needed in aviation and other fields.

&#8220;Actually our job is nothing more than to produce, store and distribute cryogenic products in a very pure state, mainly oxygen and nitrogen,&#8221; Gordo said last week from the lab.

Freezing the deceased and &#8220;thawing&#8221; them in the future is cryonics, a fringe alternative to mainstream burial or cremation.

&#8220;Our mission is to provide the station with nitrogen and oxygen products in either liquid or gaseous form,&#8221; Gordo said.

Lab personnel said cryogenics facilities are typically on installations geared toward aviation operations. Iwakuni&#8217;s facility is the lone U.S.-operated lab on a base in Japan. One other U.S. cryogenics lab is on the USS Kitty Hawk aircraft carrier operating from Yokosuka Naval Base, they added. According to base spokesman Capt. Stewart Upton, other air bases in Japan obtain cryogenics products commercially.

When pilots fly at great heights at high speed, the purified oxygen becomes critical for breathing, said Petty Officer 3rd Class Jason Lancaster, a member of the cryogenics unit. &#8220;It also has medical and veterinary uses, and is used by firefighters,&#8221; he added.

The tires on airplanes are filled with dense gaseous nitrogen, lab personnel said. &#8220;Air in the tires would cause them to crack, or explode,&#8221; Lancaster said, &#8220;when the temperature outside drops too low.&#8221;

&#8220;It must contain less than 0.5 percent contaminants such as methane, ethane, acetylene, chlorofluorocarbons, nitrous oxide and carbon dioxide,&#8221; he said.

The unit of 10 sailors and one Japanese employee operate Iwakuni&#8217;s Cryogenics Laboratory. Gordo said some are new to cryogenics work, while others have years of experience.

&#8220;Those assigned here have to complete approximately three months of intense training at St. Julian&#8217;s Creek Annex, Portsmouth, Va., or at Cherry Point, N.C., where they learn the principles of cryogenics,&#8221; he said.

&#8220;They learn about things like fractional distillation, sublimation and molecular sieve,&#8221; he said. &#8220;But basically this involves lowering the temperature of air to at least minus-280 degrees Fahrenheit, at which time the air we breathe begins to take liquid form.&#8221;

Then the fractional distilling process with &#8220;similarities to that used to make moonshine liquor&#8221; is used to purify the elements, Hooper added.