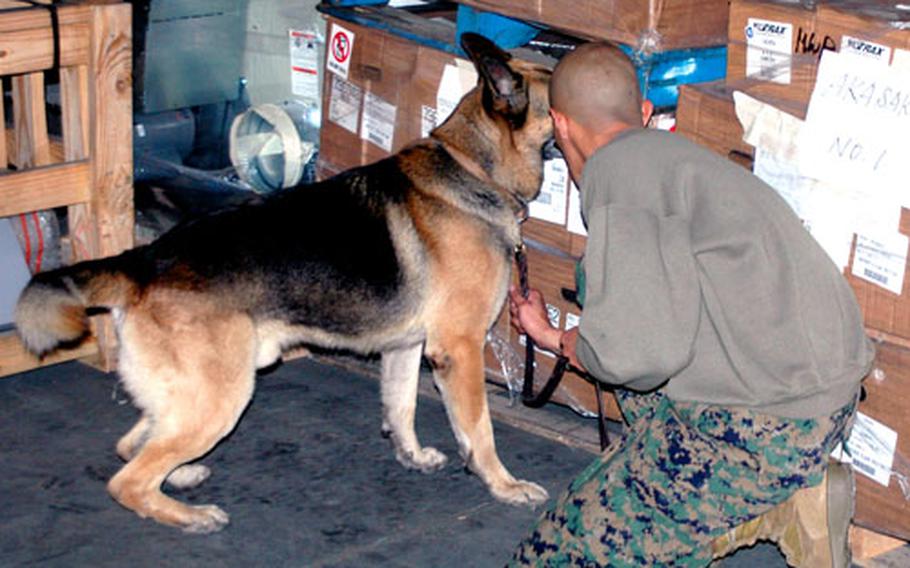 Some of the handlers and dogs from Iwakuni have already served tours in Iraq.

One handler and dog team from Sasebo is currently in Iraq.

The training should be helpful in getting teams ready for possible deployment to Iraq and elsewhere, said the Iwakuni and Sasebo kennel masters.

During training, handlers guided dogs through cargo aisles planted with materials that don&#8217;t belong in the warehouse.

As Cpl. Alfred Nieto and a military working dog named Rex made their way through the warehouse, Rodriguez said success depends on how well they learn to work together.

&#8220;Of course the dog is doing about 90 percent of the work because finding the scent is the higher function. The handler has to interpret the dog&#8217;s behavior and praise the dog,&#8221; he said.

Nieto used a high-pitched yelp and a ball to praise Rex when he detected scents of planted materials among the cargo.