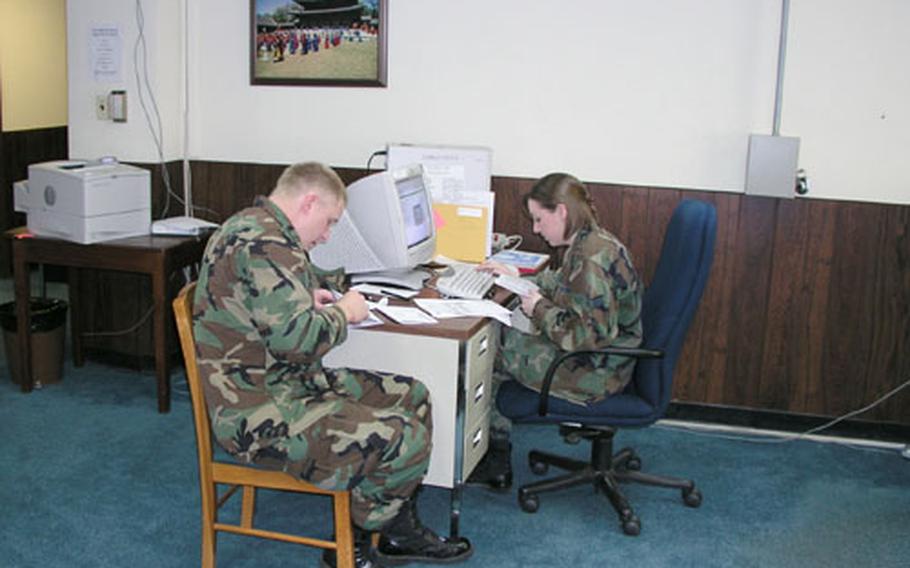 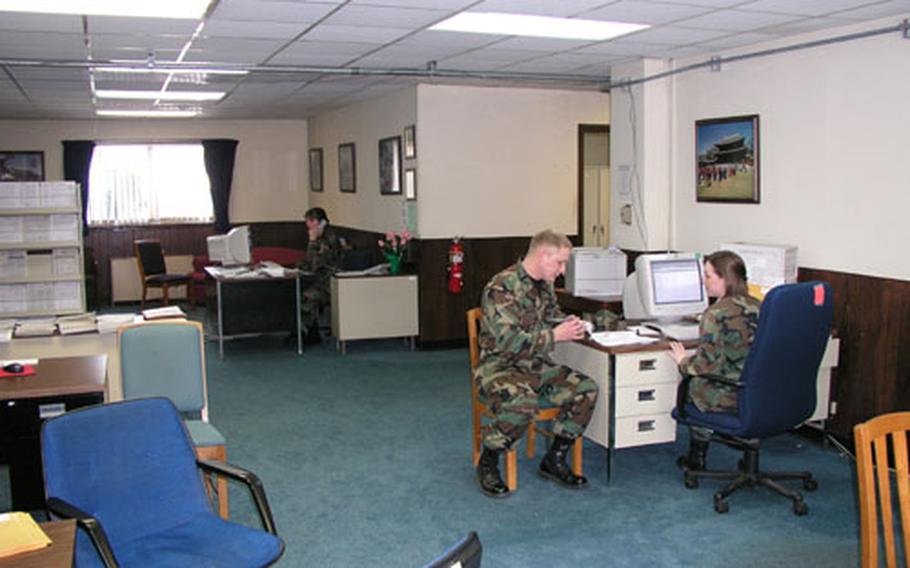 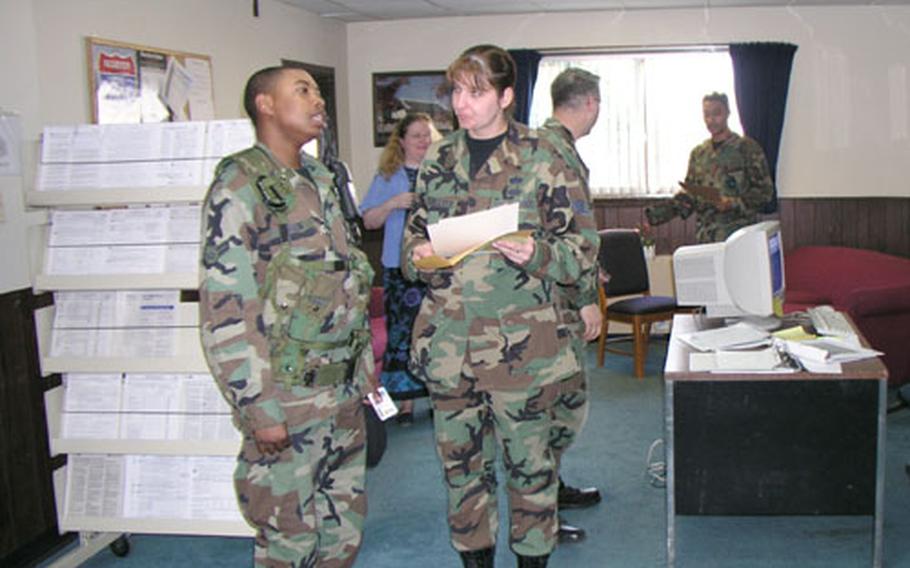 OSAN AIR BASE, South Korea &#8212; Airmen staffing the base tax center here planned to pack up their forms and make way for the movers Friday, ending the tax season after handling more than 1,400 customers and $1.7 million in expected refunds.

Most of the roughly 40 volunteers were active-duty airmen, four to six of whom would staff the center at a time.

Along with the desks, chairs, cabinets and computers, phones and other equipment, the staff was saying goodbye to stacks of 2003 federal tax forms: the 1040 X Amended U.S. Individual Income Tax Return; 2210 Underpayment of Estimated Tax by Individuals, Estates, and Trusts; Schedule 1 (Form 1040A) Interest and Ordinary Dividends for Form 1040A Filers; Form 1040EZ Income Tax Return for Single and Joint Filers With No Dependents &#8212; and many more.

&#8220;We have provided electronic filings, we have had forms if they wanted to come in. &#8230; If they had done their own taxes and they wanted a second look or a review, they would come in here as well,&#8221; said Staff Sgt. Michelle Streeter, the center&#8217;s noncommissioned officer in charge.

As of Wednesday afternoon, one day before the April 15 filing deadline, the center had helped 1,432 customers. Officials expected that figure to reach about 1,500 by closing time at 8 p.m. Thursday, Streeter said.

The center was set up in vacant office space inside the 7th Air Force Headquarters building, Streeter said. The furniture was to be hauled away Friday morning and the space cleared.

At about 3:30 p.m. Wednesday, just a handful of airmen were in the blue-carpeted center, seeking tax help. But just hours earlier, airmen had been lined up by the dozens. It was the same on Tuesday, Streeter said.

But on Tuesday, about 70 customers sought tax help; Wednesday produced a similar rush.

When Senior Airman Michelle Vargo arrived for her tax center shift Tuesday, for instance, she found that a surge in last-minute customers had taken all the chairs, even her own.

But typing the right information into a computer wasn&#8217;t the only help customers got.