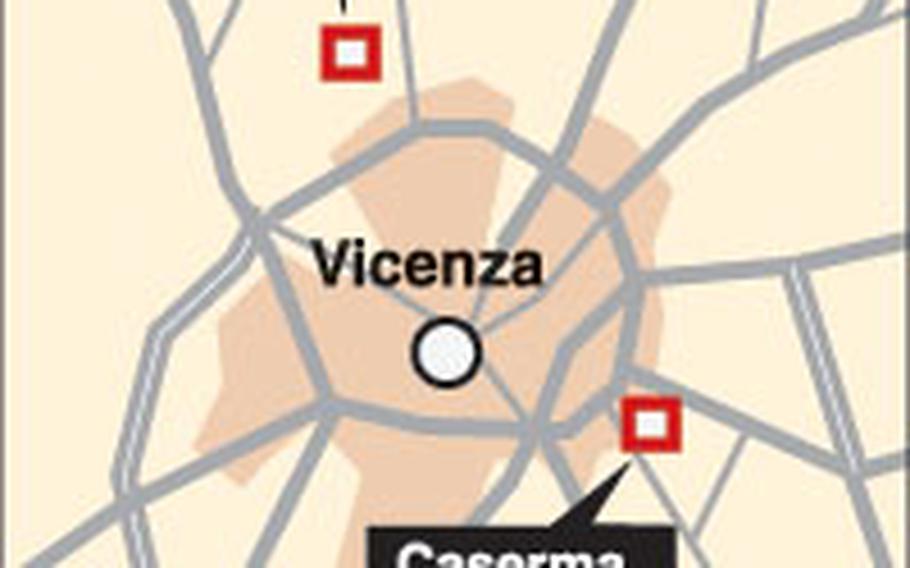 It wasn&#8217;t exactly a ringing endorsement by the Italian government.

Prime Minister Romano Prodi appeared to give the U.S. proposal to use part of the Dal Molin airfield in Vicenza the go-ahead Tuesday night, saying his government wouldn&#8217;t oppose the plan.

Prodi, speaking to journalists on a trip to Bucharest, Romania, said his government would follow the decision made by the local council in Vicenza as well as the former government led by Silvio Berlusconi.

&#8220;We have no reason to oppose it,&#8221; he was quoted as saying by the ANSA news service. His comments also were broadcast widely across Italian television Tuesday night.

U.S. officials didn&#8217;t appear to care about the semantics.

&#8220;I wish to express our appreciation for the careful consideration and favorable opinion expressed on the proposal for an increase of the American presence in Vicenza,&#8221; said Ronald Spogli, the U.S. ambassador to Italy, via a posting on the U.S. Embassy&#8217;s Web site. &#8220;We are confident that it will benefit the people and the economy of the city, which has been our gracious host already for many years.&#8221;

The issue has attracted widespread national attention recently, thanks to comments casting doubt on the proposal by a few government officials and several protests against the expansion in Vicenza.

&#8220;We have always strived to be good neighbors with our Italian allies and look forward to working with our neighbors as we proceed with this project,&#8221; the release stated in part.

Maj. Gen. Frank Helmick, SETAF&#8217;s commander, reportedly will address the issue in more detail next month after many of the soldiers based in Vicenza return from training in Germany.

Prodi&#8217;s words caused dismay in some quarters of the governing coalition, especially among those on the far left.

&#8220;I am very disappointed,&#8221; Oliviero Diliberto, leader of the Italian Communist Party, said in the ANSA report.

Some members of the coalition repeated their call for a referendum on the issue, but Prodi said that was a local decision. Vicenza Mayor Enrico Hullweck has stated his opposition to a referendum.

Other members of the government, such as Interior Minister Giuliano Amato and Defense Minister Arturo Parisi, are said to have argued in support of the proposal.

At stake is the U.S. use of a part of the airfield, still under control of the Italian military though mostly used by small civilian aircraft. It is a few miles northwest of the center of the city and the main U.S. installation, Caserma Ederle. Ederle, named after an Italian World War I hero, is home to SETAF and the 173rd Airborne Brigade.

But the brigade, which stood up in Vicenza on June 12, 2000, has grown from a single battalion to six battalions under Army transformation. Two battalions are based in Vicenza, with three more in Bamberg, Germany, and another in Schweinfurt, Germany.

The U.S. military has said it wants to consolidate the brigade in one location, implying that a &#8220;no&#8221; decision on Dal Molin for offices and barracks would mean the brigade would relocate &#8212; possibly to another country. That led local Italian workers on base, who number more than 700, to stage their own demonstration last week in support of the expansion.

Contrary to many Italian media reports, the expansion would not create the largest U.S. military base outside the States. In fact, as put forth in plans by U.S. officials, the U.S. presence in Vicenza is among the smallest in Italy in terms of land use, trailing Aviano Air Base, Navy facilities in and around Naples and Sigonella and Camp Darby. And it would be smaller than Aviano in terms of active-duty populations.

SETAF says the proposal would bring about 1,600 troops from Germany to Vicenza, bringing the Army population to about 4,200. Since the buildings still need to be built at the airfield, the move isn&#8217;t expected to take place until 2011.