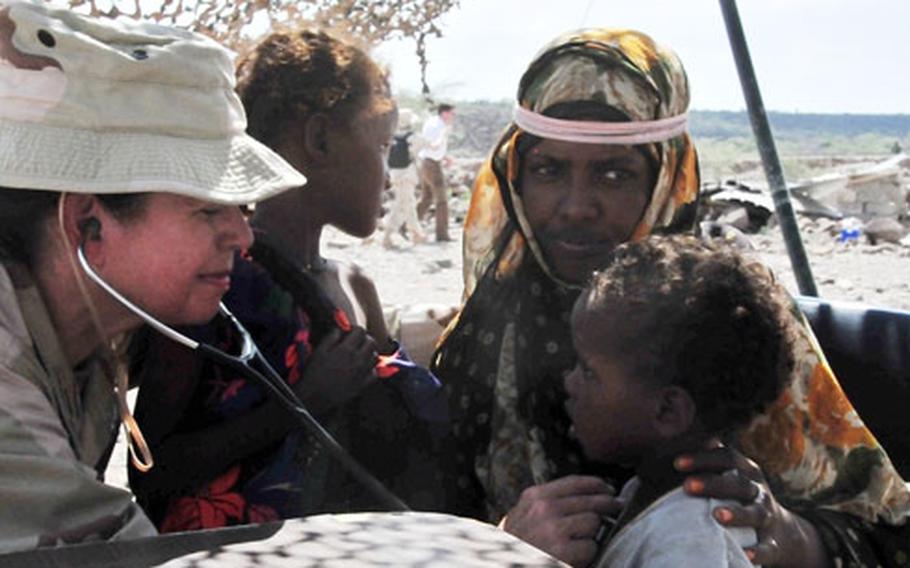 NAPLES &#8212; Italy has agreed to host the Army and Navy headquarters units of the recently created U.S. Africa Command.

The official announcement was made Wednesday evening in a joint statement at the U.S. Embassy in Rome by the U.S. Ambassador to Italy Ronald P. Spogli and the Italian Foreign Minister Franco Frattini.

The headquarters units might see slight personnel increases over the next few years. The Army&#8217;s Southern European Task Force &#8212; located in Vicenza &#8212; could increase by about 50 active-duty personnel, bringing the active-duty staff to about 300 soldiers, according to Col. Marcus De Oliveira, SETAF chief of staff.

In Naples, Naval Forces Europe was expanded to include the AFRICOM component. The new Navy designation is NAVEUR NAVAF. With a staff of about 500, that number could increase over the next few years by about 140, according to Navy officials.

Officially established Oct. 1, "AFRICOM was created to provide a strategic, holistic DOD approach to security on the African continent," according to AFRICOM commander Gen. William Ward, in his first posture statement to the House Armed Services Committee this past March.

To that end, much of the Navy&#8217;s engagement in Africa has focused on building regional cooperation on the continent. Combating piracy is a continuing focus for the Navy and for AFRICOM.

"The model you want to see is the regional states band together, and that&#8217;s what we&#8217;re trying to do in the Gulf of Guinea: set up regional partnerships down there so we can get them to work together," said Adm. Mark Fitzgerald, commander of NAVEUR NAVAF.

The Navy&#8217;s Africa Partnership Station helps train African navies to combat regional problems such as drug smuggling, piracy, illegal immigration and human trafficking. While Fitzgerald doesn&#8217;t see APS being absorbed by AFRICOM, the new command may provide strategic direction. For example, it could request medical training in one area or security training in another.

"We ... have always supported both Africa and Europe in our missions and goals," Fitzgerald said. "With the stand-up of AFRICOM, what changed was our administrative aligning, but not really the way we do business."

"I think Italy recognizes and certainly appreciates the complexities of Africa," Fitzgerald said regarding the location for the Navy component. "The bottom line is that Italy is as concerned about Africa as the United States is."