Italy gets tough on ditching pets 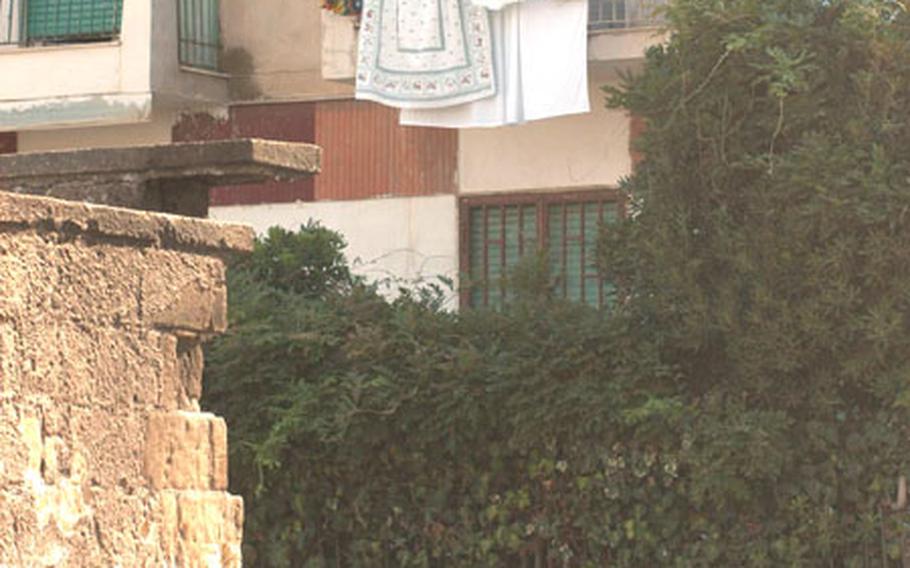 Typical sites in Naples, Italy, and surrounding suburbs such as this one near Licola: clothes strung up from balconies to dry in the sea air, garbage spilling out of trash containers onto the roadside and stray dogs. (Kendra Helmer / S&S)

An Italian law that will soon be on the books should make people living in Italy &#8212; including Americans &#8212; think twice about abandoning their pets.

The Italian Senate passed an animal cruelty bill last week that reportedly targets Italians who abandon their pets while taking traditionally long summer vacations. A report from Reuters said violators could face prison terms of up to one year and fines of up to 10,000 euros.

The measure, approved by the country&#8217;s lower house last year, goes into effect a day after it&#8217;s published in the country&#8217;s official gazette. Hailed by animal-rights activists &#8212; who say that hundreds of thousands of dogs and cats are abandoned each year &#8212; the measure also targets those killing or torturing animals or organizing dog fights.

Americans stationed in some European countries have the reputation of abandoning pets when they leave for assignments back in the States or elsewhere.

&#8220;It&#8217;s the same as the new Italian traffic laws,&#8221; he said, explaining that the status of forces agreement the United States has with Italy largely puts Americans under Italian law.

The new law was reportedly passed just in time for it to serve notice to Italians, who often take off the month of August, abandoning their pets in the process. But Ferretti said there&#8217;s no reason to suspect the enforcement of the law would be limited to just summer months.

There is also a movement in some regions to require owners to have microchips placed under their pets&#8217; skin in an effort to ease linking a stray animal with its owner. Some American communities &#8212; including Naples and Vicenza &#8212; already encourage or require those with pets to get chips. Aviano reportedly is considering the concept.

Army Capt. Jacquelyn Parker, the officer in charge at the Naples veterinary clinic, said Americans who want to use the facility or those living in government housing have to have the chips put into their pets.

In Vicenza, the command requires all Americans with pets in the community to get chips put in within 10 days, even if they live off base and use local Italian clinics. Margret Menzies, a spokeswoman for the 22nd Area Support Group, said the veterinary clinic in Vicenza has given Italian authorities chip readers to figure out to whom lost pets belong. The Italians will then call the clinic, which will get in touch with the American owners.