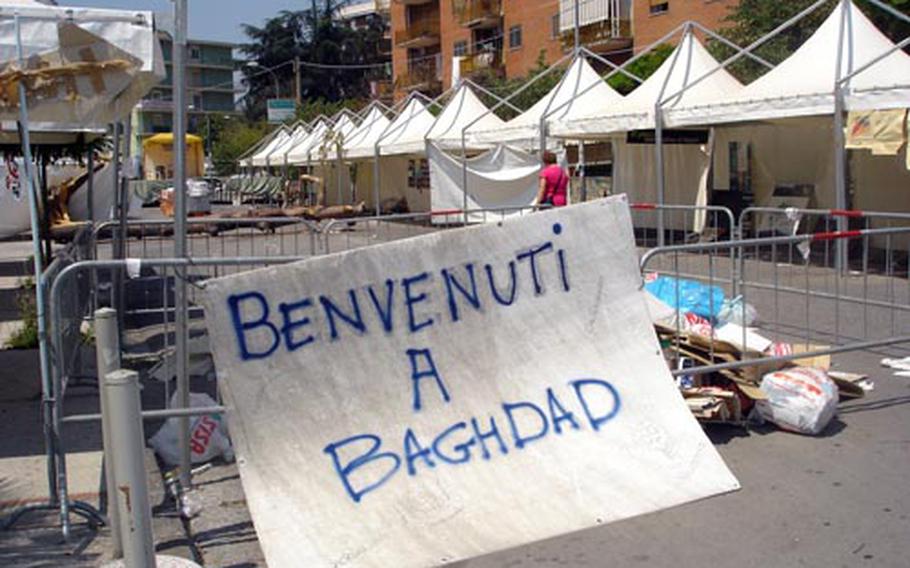 Protest signs “welcome” residents to the Naples, Italy, neighborhood of Marano, where the U.S. Navy’s outdoor weapons training facility, The Dynamic Gun Club, has been forced to shut down due to the Italian government’s plan to use the site for a garbage dump. Residents are looking to block the conversion. (Lisa M. Novak / S&S)

Protest signs “welcome” residents to the Naples, Italy, neighborhood of Marano, where the U.S. Navy’s outdoor weapons training facility, The Dynamic Gun Club, has been forced to shut down due to the Italian government’s plan to use the site for a garbage dump. Residents are looking to block the conversion. (Lisa M. Novak / S&S) 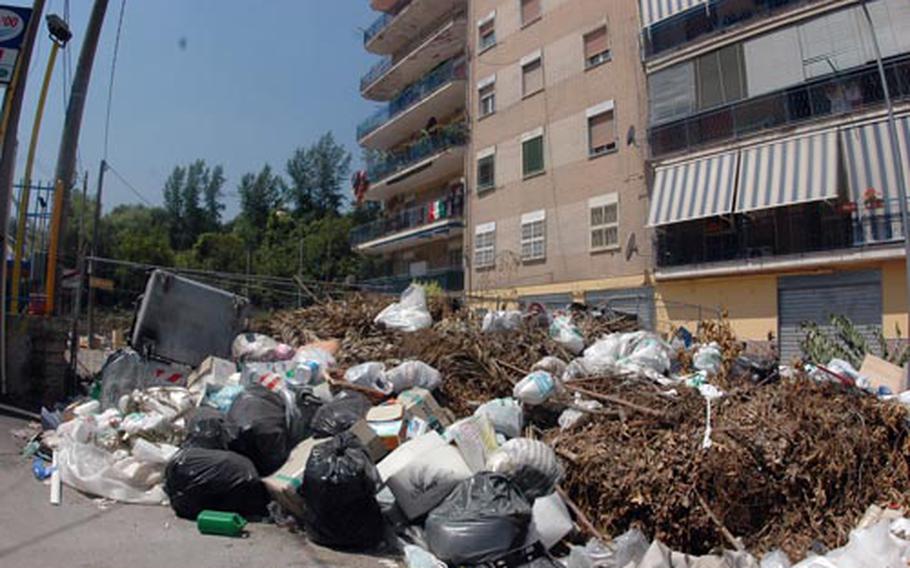 Garbage bars the way to Naples, Italy&#39;s Dynamic Shooting Club, recently marked for conversion to a garbage dump. The club is in the Naples neighborhood of Marano. (Sandra Jontz/ S&S)

NAPLES, Italy &#8212; The closure of the only outdoor shooting range in the Campania region may leave several U.S. military units without a local facility for outdoor weapons training. Recent protests over a proposed dump site in Chiaino have blocked access to the Dynamic Shooting Club in the neighborhood of Marano since May 4, club owners said.

"NSA Security will continue to maintain its readiness and provide force protection measures to its bases no matter of outstanding circumstances," officials said in a prepared statement Tuesday afternoon.

Owners of the Dynamic Shooting Club were officially notified Sunday of the conversion from gun range to garbage dump.

"It was confirmed by officials from Guido Bertolaso&#8217;s office," said Stefano Carpinella, one of the owners and managers of the club.

Bertolaso is also Italy&#8217;s civil security chief. With the unrest created by the garbage crisis, the two positions are inseparable. Numerous protests &#8212; sometimes violent &#8212; over proposed dump sites have erupted throughout Naples since last December.

Walking along the road that is now closed to cars and trucks, the view is of downed tree limbs, piles of garbage and what look like empty market stalls. Protest banners hanging from residents&#8217; balconies read "Where are our rights?" and "We are humans, not butchers&#8217; meat." The anger expressed by residents is leveled squarely at the government, according to Carpinella.

"For 14 years, [the government] did nothing," he said. "They just got a lot of money from Rome and did nothing. And now we have this emergency. This is not an emergency, this is a tragedy."

While local residents have to contend with mountains of uncollected trash and the pending dump site, the U.S. Navy, which held weekly training sessions on the range, now has to locate another facility. The nearest outdoor range is in Latina, Carpinella said, about two hours north of Naples.

"We serve the Italian police, the U.S. Army, [Naval Criminal Investigative Service] and some of the NATO forces as well," Carpinella said. "The soonest we could open another facility in the area would be in September or October &#8212; and that would be a miracle."