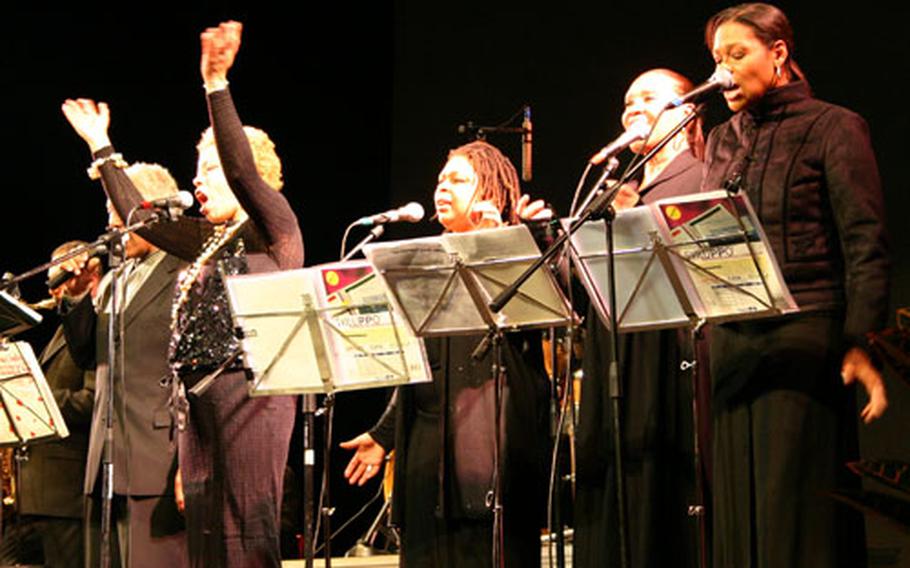 On Monday night, Italians young and old joined Americans at the Teatro Orione in Rome to honor the late civil rights leader.

They came to celebrate in words and song &#8220;a life that was lived for others,&#8221; said James Towey, director of the White House&#8217;s Office of Faith-based and Community Initiatives, who traveled to Rome from Washington for Monday&#8217;s revue.

On Monday, the world honored the memory of a man whose &#8220;gift was not just for the United States, but celebrated throughout the world,&#8221; Towey told the crowd of roughly 400 spectators, some of whom were clad in sequins and fur.

King spearheaded peaceful protests in the 1950s and 1960s for equal rights for black Americans, which led to civil rights for minorities in general. In 1954, the U.S. Supreme Court abolished segregation in public schools with its landmark decision Brown v. Board of Education.

Monday&#8217;s show in Rome was a meshing of narration in English and Italian with music that captured several historic moments in the U.S. civil rights movement.

Haywood Smith, a former U.S. airman and now student at Rome&#8217;s campus of John Cabot University, agreed with Towey&#8217;s assessment of King&#8217;s impact on the world.

&#8220;Dr. King&#8217;s message and commitment to equal rights weren&#8217;t just for African Americans, or Jews, or Catholics, or any one religious or political group, but were for people as a whole,&#8221; said Smith, 41, an English literature student.

&#8220;It used to be, celebrating Dr. King was a strong part of the black community. I find it so interesting and warming that Italians, too, celebrate the legacy of Martin Luther King.&#8221;