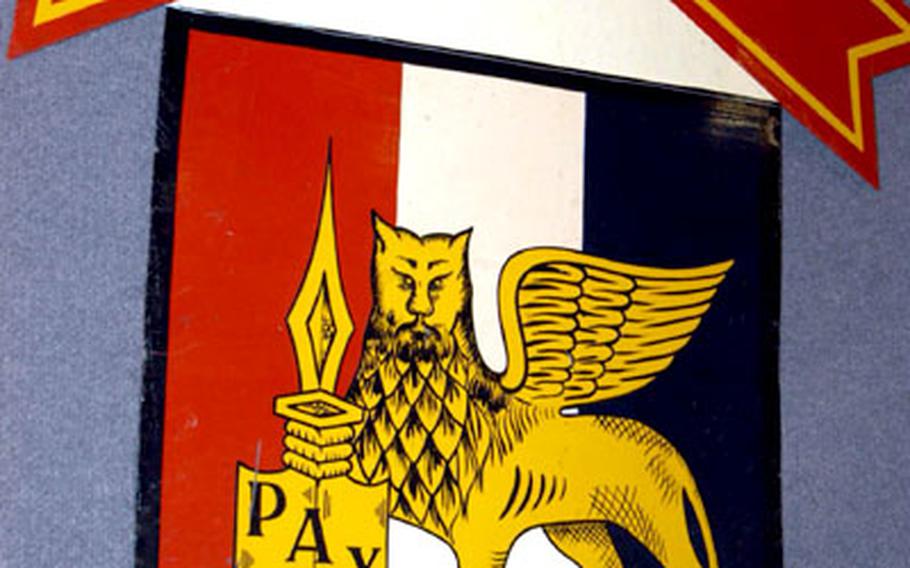 Maj. Gen. David Zabecki, the rear detachment commander, led hundreds of Americans and Italians in a short ceremony Tuesday marking the occasion &#8212; almost exactly five decades after the unit was activated on the same parade field at Caserma Ederle.

With the majority of SETAF deployed to Afghanistan, there were probably more Italian officers from the country&#8217;s different services on hand than their American counterparts. Various Italian political leaders also attended.

They were joined by dozens of Americans and Italians who have at one time called Vicenza home. Among them was retired Lt. Gen. Ed Soyster, who was the event&#8217;s keynote speaker.

SETAF was primarily focused on missile defense at the time and Soyster was an artilleryman.

&#8220;I did not know that fledgling command would go on to be so important to our nation,&#8221; he said. He detailed some of the unit&#8217;s history and also described his first Christmas in Vicenza.

When his Italian neighbors discovered they had three American bachelors living nearby, they decided to host them for Christmas. The family&#8217;s matriarch gave each of the soldiers a card and told them to send it back home to let their mothers know they didn&#8217;t celebrate Christmas alone.

Soyster said he has fond memories of the warmth of the Italian people during his three years in the city. Though he went on to a distinguished Army career &#8212; earning a Bronze Star Medal with valor in Vietnam &#8212; he never managed to get a second stint in Vicenza.

Zabecki told those gathered that the Italian people have shown that same kind of warmth and cooperation throughout SETAF&#8217;s history. He thanked the local military and political leaders as well as the city&#8217;s citizens who have contributed to the unit&#8217;s successes.

Col. Salvatore Bordonaro, the Italian base commander, said it&#8217;s easy for Italians to support SETAF. It&#8217;s unique in that active-duty members of the Italian military are a part of the organization, he said.

SETAF might not have ever existed and the U.S. presence in Italy might be altogether different if it weren&#8217;t for events a bit farther north. Austria declared its neutrality in 1955, prompting an exodus of U.S. troops stationed there.

Camp Darby, which had been established a few years earlier as a supply base to support troops in Austria, was officially the first SETAF headquarters. That moved soon after to Verona, where a two-star American general commanded almost a division&#8217;s worth of personnel. But the numbers were soon reduced dramatically. In 1965, the headquarters moved to Vicenza.