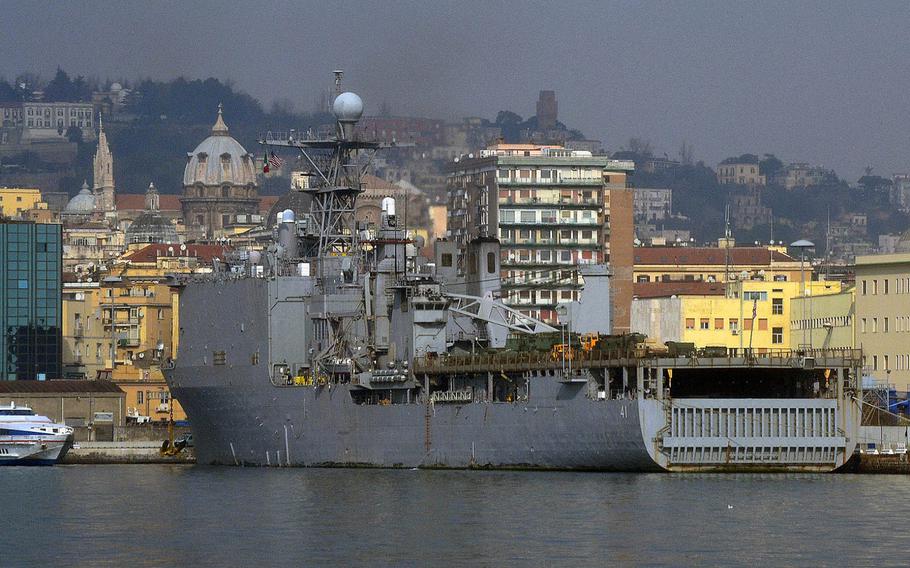 NAPLES, Italy — Prosecutors here are consulting a U.S. Navy health study as part of an investigation into allegations of toxic waste dumping across the Naples region by mob-linked companies, Italian media reported Wednesday.

For decades, the organized crime syndicate Camorra has been dumping toxic waste on a swath of land just north of Naples. Environmental investigators have discovered thousands of dumping sites in recent years, and a 2004 British study pointed to higher cancer rates in one area, dubbed the “Triangle of Death.”

The Navy study, conducted in the Naples region and at two U.S. bases between 2008 and 2009, looked at the health risks to Navy personnel living on the base and in the surrounding area. It concluded that contaminated wells were one of the biggest health risks.

Local interest in the U.S. study has risen in recent months after new dumping claims by a former mob boss who was once active in the area. The Italian newspaper L’Espresso published an article in November suggesting that results from Navy testing confirmed the mobster’s claims of dumping toxic and radioactive waste in certain areas across the region.

According to Wednesday’s media reports, the anti-mafia task force is reviewing the U.S. study alongside local water testing from 2009 to 2013 and materials from the regional government.

A spokesman for the Navy base said the command has had no interaction with Naples prosecutors and that the health study has long been available on a public website.

After the L’Espresso article, titled “Drink Naples and Die,” base commander Capt. Scott Gray held a town hall meeting with Navy personnel in an effort to assuage growing concerns. He later met with the Caserta provincial president and the Naples mayor to discuss the study.

The Navy launched its study in 2007 after a prolonged garbage pileup in the city resulted in widespread fires at trash dumps, spurring fears of toxic fumes in the air.

Inspectors sampled tap water, well water and soil at 543 off-base homes across the Naples area, as well as both bases — Capodichino, the headquarters of U.S. Naval Forces Europe-Africa, and the Support Site at Gricignano, where families live on base. They tested air quality at several areas and looked at health indicators among the U.S. population, such as birth defects, cancer rates and asthma severity.

They concluded that on-base personnel were in no particular danger based on the length of the average tour at the base. Yet base officials created several restriction zones for American leases, largely due to contaminated wells, one of the biggest risks found in the study. Officials also required off-base tenants to receive bottled water in every lease.