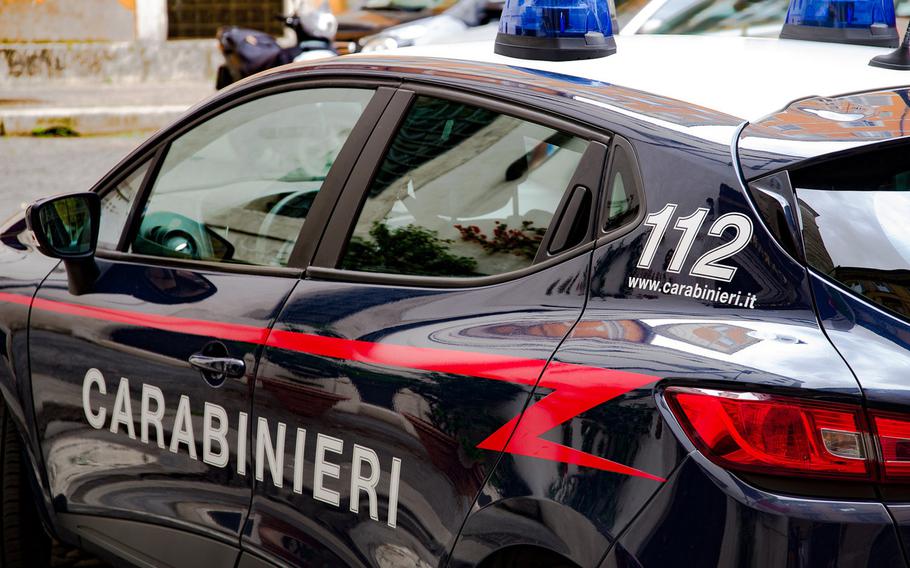 Carabinieri who work on Caserma Ederle in Vicenza, Italy, arrested U.S. Pvt. John Badger at his barracks and took him to a jail last week to await trial on charges of aggravated assault. (djedj/Pixabay)

VICENZA, Italy — In a rare move, Italian authorities have jailed a U.S. soldier before his trial on aggravated assault charges.

Carabinieri who work on Caserma Ederle arrested Pvt. John Badger at his barracks last week for what local authorities said were violent and unprovoked attacks on Italian civilians and U.S. soldiers. They included one in November that left a 21-year-old man with a shattered jaw and lost teeth.

Five other 173rd Airborne Brigade soldiers remain under investigation but are not in custody.

“The U.S. Army respects the host nation’s primary criminal jurisdiction in the case against Pvt. John Badger,” Maj. Chris Bradley, a 173rd Brigade spokesman, said in a statement Friday, adding that the military “will assist and cooperate with the Italian authorities.”

Alessandra Bocchi, a lawyer for the injured man, said Badger’s arrest was ordered by the local prosecutor due to the violence of the attacks, and was intended to prevent the suspect from fleeing Italy.

“We think jail is the right place for him,” Bocchi said. “In light of the events, I consider it the only adequate measure. My client is facing delicate surgery on his face and teeth, and it is very likely that he’ll never be the same.”

The man has been traumatized by the “ruthless and unmotivated” violence, Bocchi said, and memories of it resurface daily.

Badger and the other troops may have been responding to a racial slur, U.S. military officials have said. But Bocchi said her client did not say anything to the soldiers.

Another Italian man was also beaten in the Nov. 29 incident outside a bar in the city’s old town. Italian media reported that Badger and several other troops are also alleged to have attacked a group of young men on Nov. 28, and two fellow U.S. soldiers on Nov. 30.

The incidents capped off a year that began with U.S. authorities looking to tamp down soldier misbehavior, “driven by a number of incidents involving U.S. personnel that reflected negatively on the Vicenza Military Community,” U.S. Army Garrison Italy said in January 2019, when it began sending military police out with Carabinieri on late-night presence patrols to local nightspots.

Badger had been assigned legal counsel, the brigade’s statement said, and the unit “will continue to provide care and welfare checks on him as per agreements with the host nation.” Bradley declined to answer further questions on the matter.

Italy frequently allows defendants to remain free — or under house arrest — while a case works its way through the justice system, a process that can take five years or more for criminal cases.

No trial dates have been scheduled yet, Bocchi said.