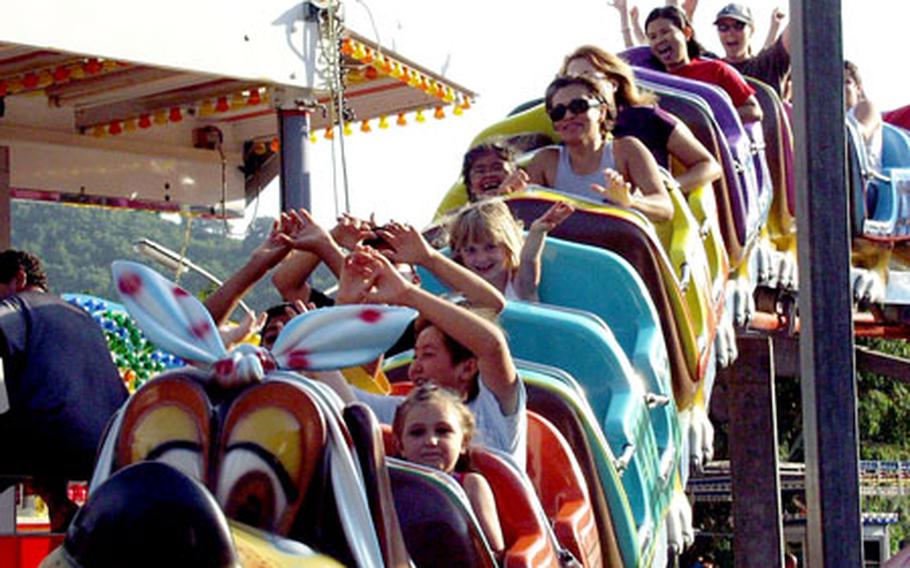 What would a holiday celebration be without a roller coaster? Party-goers of the Fourth of July festivities at Naval Support Activity Naples, Italy, didn’t have to find out as several thousand flocked to Carney Park on Friday evening to celebrate America’s independence. (Sandra Jontz / S&S) 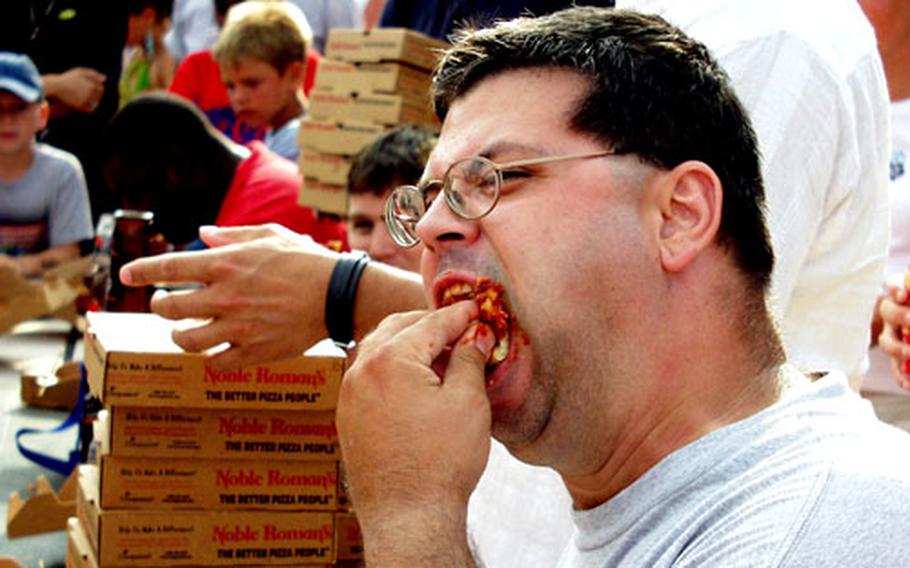 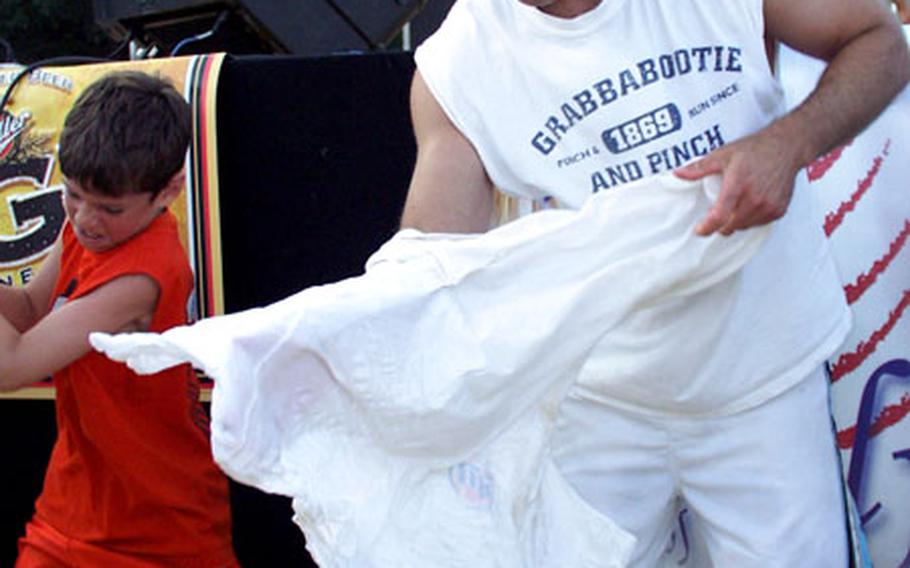 Contestants of the frozen T-shirt competition attempt to soften the garments enough to wear them. (Sandra Jontz / S&S)

Americans in Naples, Italy, kicked off the nation&#8217;s Independence Day celebrations earlier than most, partying into the night Friday under clear skies and comfortable temperatures in an extinct volcanic crater that now is Carney Park.

Americans in military communities across Europe will continue to celebrate the nation&#8217;s 229th birthday during the Fourth of July extended holiday weekend.

Though thousands of miles from the shores of the United States, celebrants in Naples made the festivities as American as they could, with cold beer, hot dogs, hamburgers. Then there was a pizza-eating contest and a race to don frozen T-shirts.

They dressed up in red, white and blue, danced to music, spun around on amusement rides and visited with friends.

And there were hot-rod cars and motorcycles on display to add to the atmosphere.

&#8220;You can&#8217;t get much more American than Harley-Davidson,&#8221; Joseph Dermer, manager of the Auto Skills Center, said as he pointed to an array of motorcycles on display for the thousands of party-goers who converged on the park.