It's time to get out the sunscreen 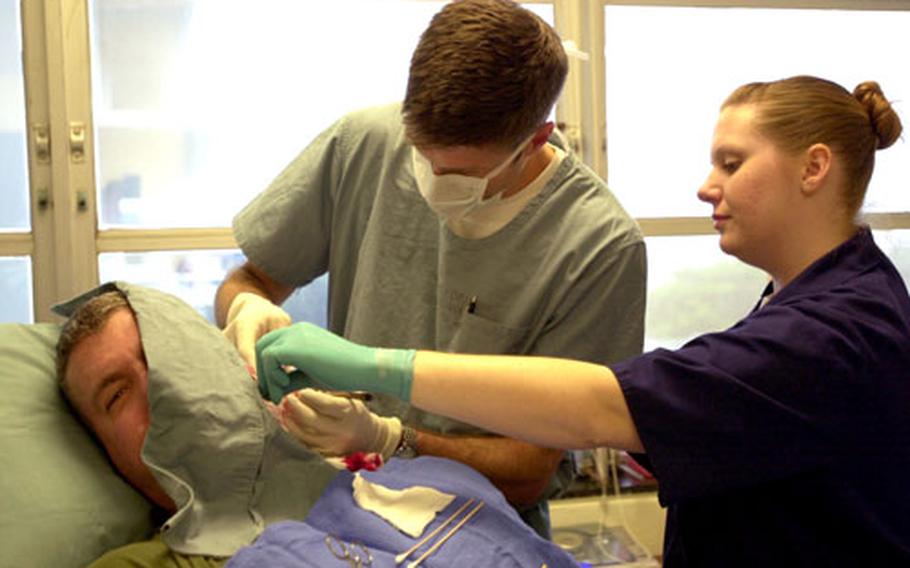 And while the warmth may lead to more outdoor activities, time spent in the sun can lead to serious health issues if precautions aren&#8217;t followed. Among those health issues is skin cancer &#8212; the most common form of cancer in the world, according to Lt. Cmdr. Eric Parlette, dermatologist at U.S. Naval Hospital Okinawa. The easiest way to avoid the threat, Parlette said, is to protect your skin.

&#8220;Sunscreen protection is important here because of the tropical environment,&#8221; he said. &#8220;People are outdoors more and take part in more water activities. When you use sunscreen, reapply it every two hours or every time you get out of the water.&#8221;

Parlette recommends using at least an SPF (sun protection factor) 30 sunscreen, but said sunscreens containing zinc oxide work best, as they block out 100 percent of ultraviolet A and B radiation. Parlette also said regular use of an SPF 15 sunscreen or higher for the first two decades of life can cut skin cancer risks by nearly 80 percent.

The nose is the No. 1 site for skin cancer, and 80 percent of all cases are on the head and neck. Other common trouble spots are eyelids and ears, Parlette said.

Navy Capt. Robert Crossan, 3rd Marine Division chaplain, has had &#8220;a long history&#8221; of skin cancer. He first noticed a spot on his back years ago, which turned out to be basal cell carcinoma &#8212; the most common type of skin cancer. He most recently had a 1&#189; inch piece of cancerous skin removed from behind his left ear.

He recommends others do the same to avoid his situation.

Parlette said trouble spots people should watch out for are any chronic, non-healing wounds; spots that bleed spontaneously and don&#8217;t heal; and any pigmented spots that change in size, shape or color.

If any of these spots are noticed, the person&#8217;s primary care manager should be seen who will then give a referral to a dermatologist.

Quality sunglasses the best way to protect eyes from rays

CAMP LESTER, Okinawa &#8212; While too much sun can be harmful to the skin, eyes are also at risk of sunburn and even more complications.

Appropriate glasses protect the eyes from the sun just as sunscreen protects the skin, according to Lt. Charles Charbonneau, an optometrist at U.S. Naval Hospital Okinawa. He said of all the sun&#8217;s light, ultraviolet radiation is the most dangerous, and the most dangerous UV radiation for eyes is UV B.

&#8220;Being in a tropical climate like Okinawa, particularly when the sun is at its brightest, dramatically increases the amount of UV light that reaches the Earth,&#8221; he said. &#8220;Too much exposure to UV B radiation can cause many different complications in the eye.&#8221;

Charbonneau said dangers range from &#8220;superficial punctuate keratitis&#8221; &#8212; similar to a sunburn &#8212; to yellowish to gray fleshy lesions on the nasal side of the white portion of the eye called pinguecula and pterygium. He said prolonged UV exposure can also cause the premature formation of cataracts that can result in blindness if surgery is not performed. Treatment for eye sunburn is a topical cream until the eye clears, and pinguecula and pterygium treatment can require anti-inflammatory drops or even surgery if the lesions decrease vision, Charbonneau said.

The easiest way to protect your eyes is with a wide brimmed hat, which can cut UV exposure in half, and plastic glasses, he said. While most prescription glasses don&#8217;t offer 100 percent UV protection, most clear plastic lenses cut about 95 percent of the radiation. Charbonneau added that lens color or darkness has no impact on protection.