It’s the pumpkins that suffer when kids learn about physics 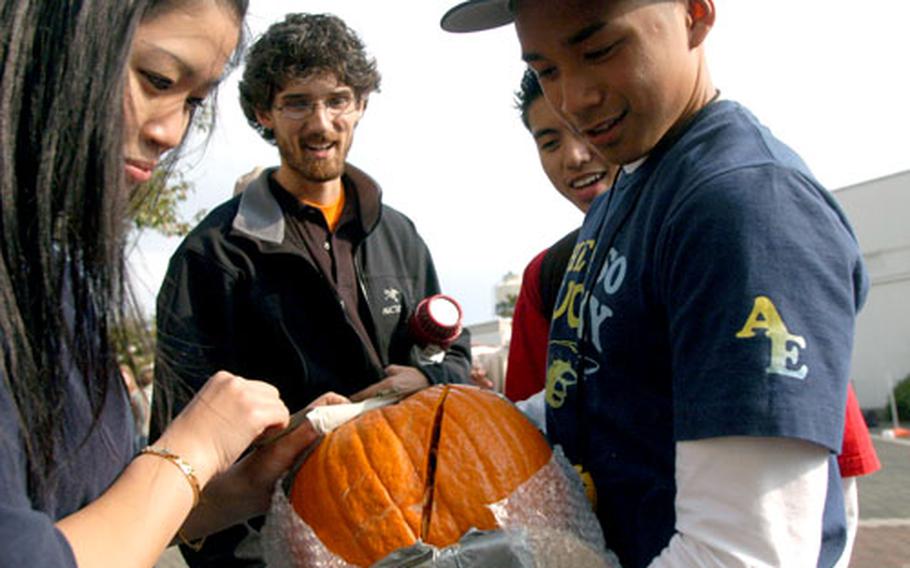 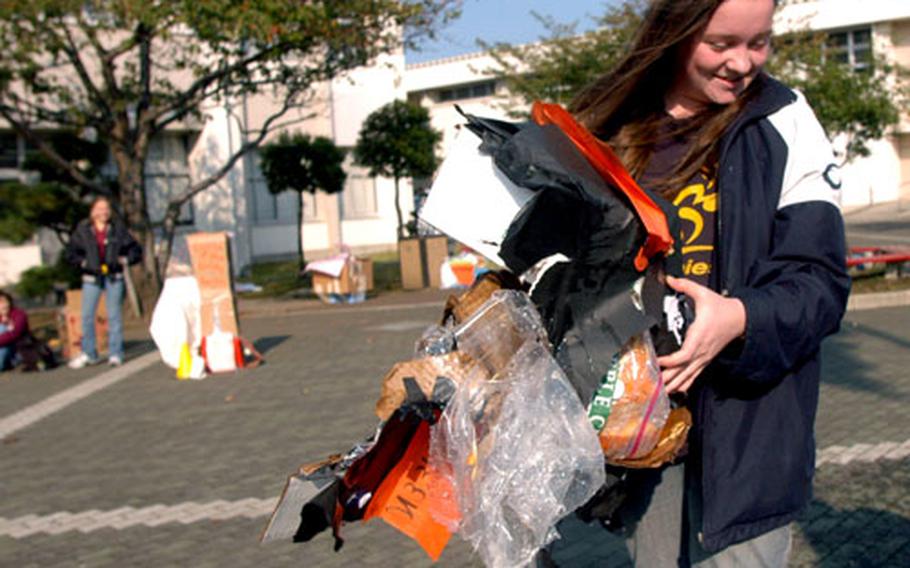 Water inside the plastic bag containing Kylie Richmond’s pumpkin did not have the buffering effect the Nile C. Kinnick physics student had hoped for when her pumpkin was dropped from 65 feet - but everyone agreed it made the best explosion. (Allison Batdorff / S&S)

Devil Elvis screamed to earth in a box painted with the words &#8220;Boom Shaka Laka!&#8221; The pumpkin survived its express ride from a bucket truck to the high-school courtyard.

Because &#8220;pumpkins around the world have come to fear Halloween&#8221; and its vicious carving tradition, Goodfellow said he charged his students with designing contraptions to keep pumpkins from &#8220;spilling their guts&#8221; on the holiday afternoon.

Vessels containing the pumpkins could be no more than four and a half pounds and students were required to explain the physics in a report using mathematical equations.

The students got creative. One team, &#8220;Trick or Treat,&#8221; stuffed its box with cake. It was pumpkin cake after the fall. Yoko James and Jener Delos Santos packed their pumpkin in football pads. The result made the case for body armor.

Kylie Richmond thought water might absorb the shock. Her pumpkin made a resounding splat that drew cheers from her peers.