It’s over and out for the 22nd Signal Brigade 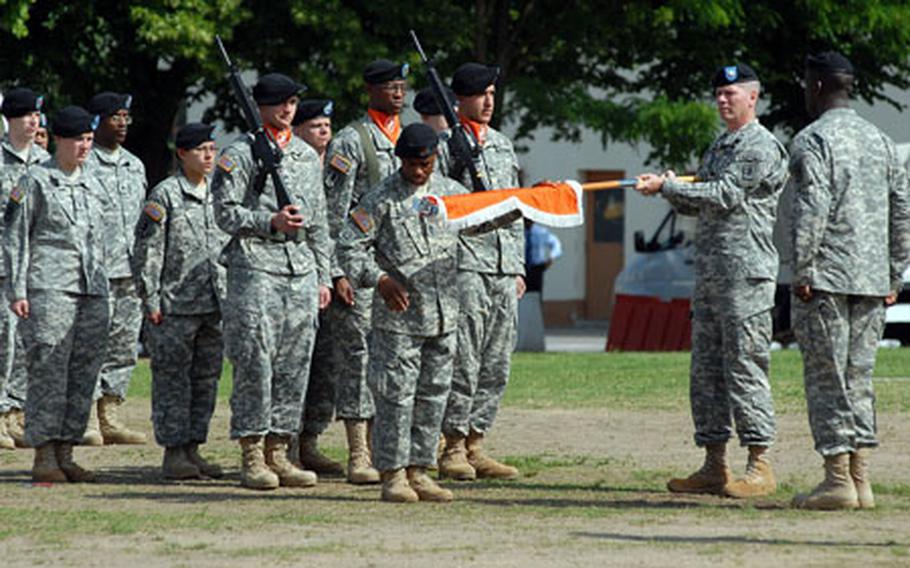 Lt. Col. Derek Orndorff, right, commander of the 440th Signal Battalion, holds the guidon as Master Sgt. Ricardo Weems prepares to case the colors at the inactivation ceremony for the 22nd Signal Brigade and the 440th and 32nd Signal Battalions in Darmstadt, Germany, on Tuesday. (Michael Abrams / S&S) 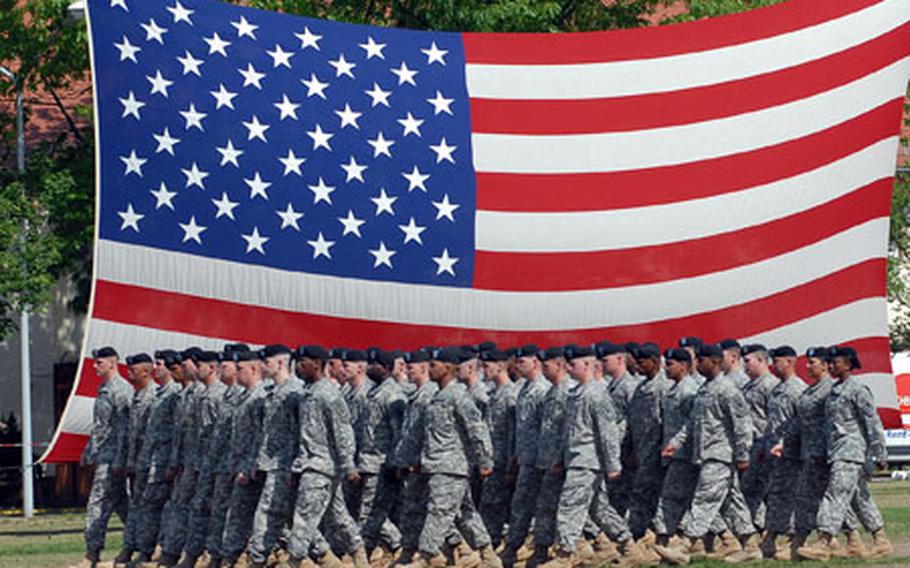 DARMSTADT, Germany &#8212; Col. Frederick A. Cross knows his brigade has been through inactivation before, but this time, he said, it could be permanent.

When he directed the action on the parade field at Kelley Barracks on Tuesday, though, he wasn&#8217;t just going through the motions.

The brigade, along with its 32nd and 440th Signal Battalions, cased its colors Tuesday, closing the book, possibly for good, on the Army&#8217;s most highly decorated signal brigade as part of the Army&#8217;s restructuring.

&#8220;What we witnessed today is Army transformation before our eyes,&#8221; Brig. Gen. Donald M. Campbell Jr., deputy commander of V Corps, said in remarks during the ceremony.

The 22nd, 32nd and 440th have served in Europe in various capacities and at various times since World War II, earning numerous campaign streamers and citations for their involvement in that war and several conflicts and peacekeeping operations since.

As the signal unit of U.S. Army V Corps, 22nd provided the bulk of communications for the Army in Iraq during the first year of the war. The soldiers of 32nd rolled along with the first wave of U.S. troops into Iraq in March 2003 while 440th provided the crucial link between combat units at the front and U.S. strategic planners in Kuwait.

During its second Iraq stint, the unit operated and maintained a vast communications network that covered an area larger than California. The brigade also oversaw a massive transition from old and obsolete communication systems to newer, more capable systems and the establishment of the Joint Network Operations Control Center-Iraq, which provides central oversight of the military&#8217;s information network.

&#8220;I&#8217;m saddened but very comfortable today knowing that this chapter of the brigade&#8217;s illustrious history is complete,&#8221; Cross said near the end of a speech in which he heaped praise on his soldiers and the civilians and families who support the unit.

The inactivation is part of the Army&#8217;s plan to inactivate all signal brigades assigned to Army corps. The corps are also reorganizing.

&#8220;Although the colors may be cased, I am comfortable knowing that the 22nd Signal Brigade will live on through each soldier,&#8221; Cross said.