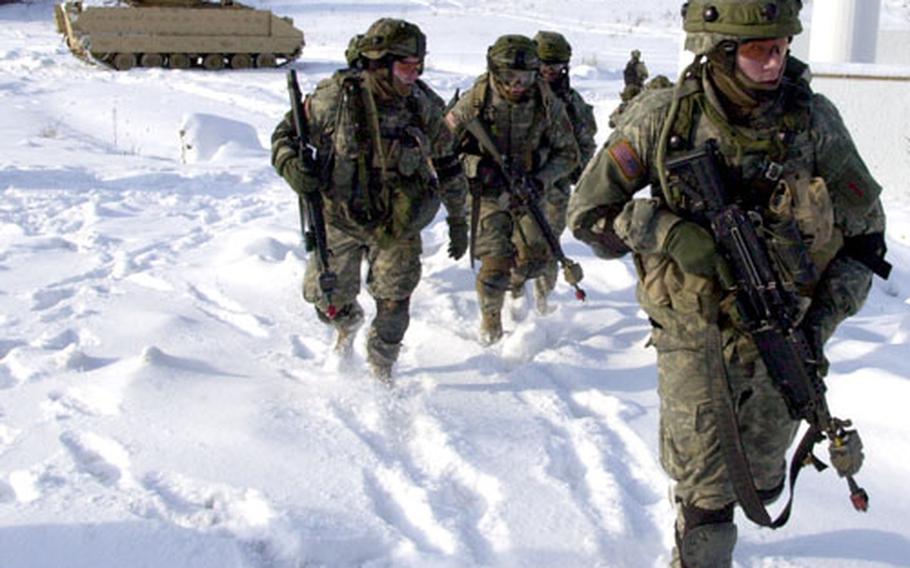 Apache Team soldiers prepare to raid houses while a Bradley fighting vehicle stands guard during the training Wednesday at Hohenfels, Germany, in preparation for duty in Iraq. (Seth Robson / S&S)

Apache Team soldiers prepare to raid houses while a Bradley fighting vehicle stands guard during the training Wednesday at Hohenfels, Germany, in preparation for duty in Iraq. (Seth Robson / S&S) 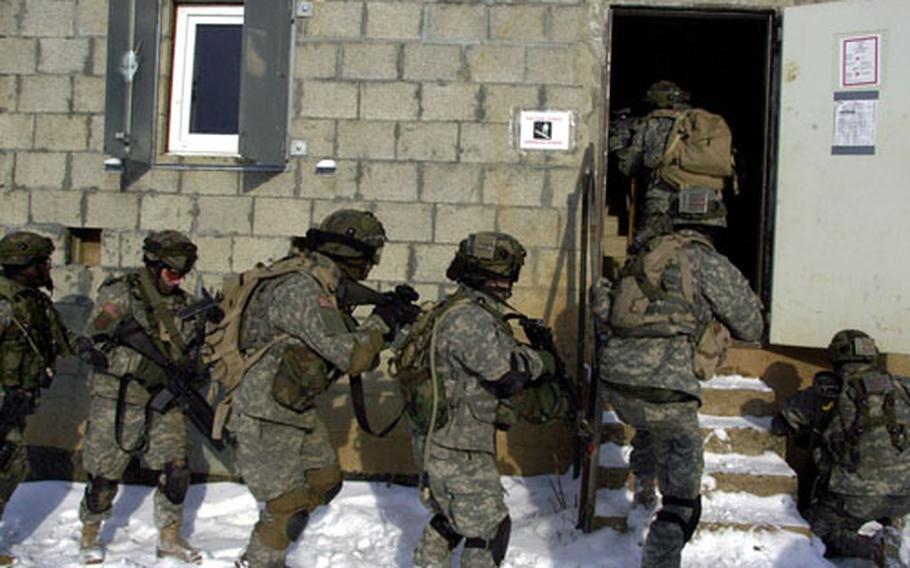 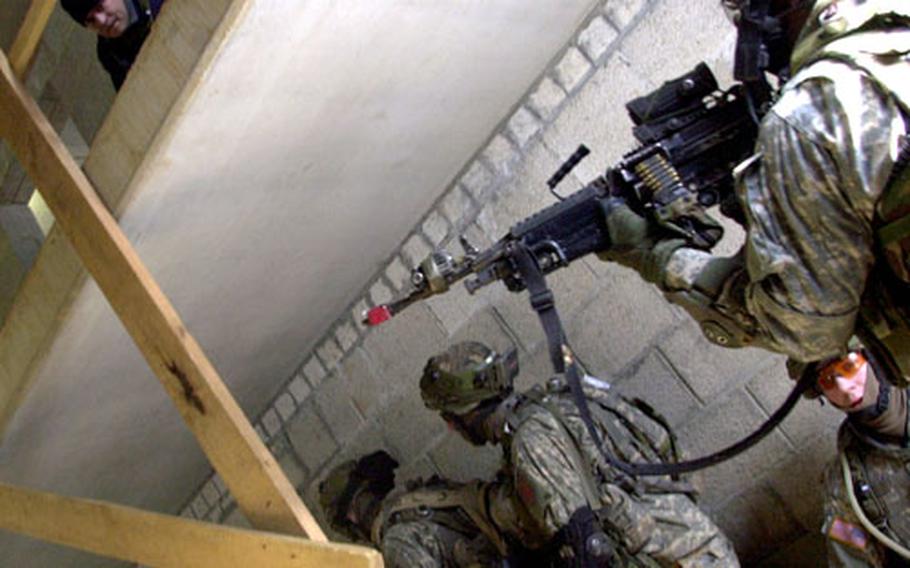 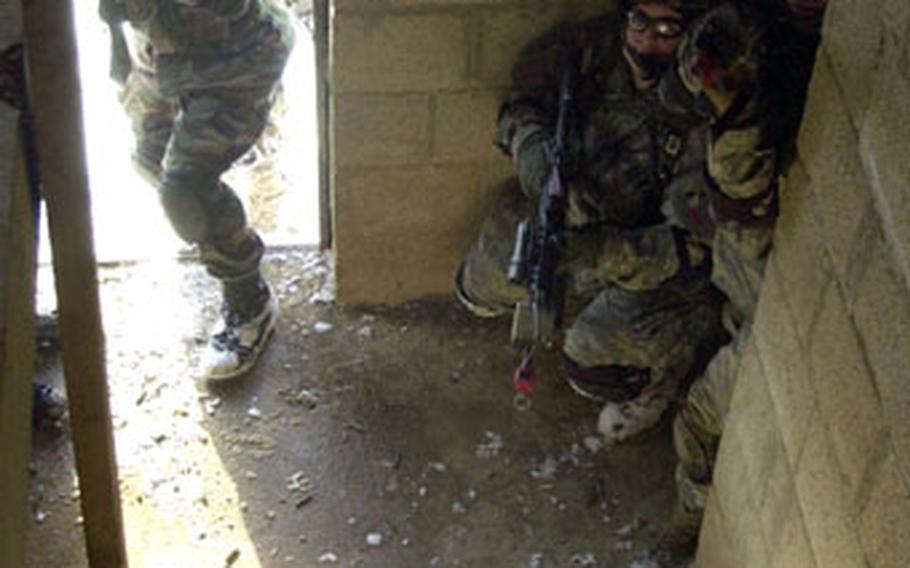 Soldiers take out a pair of insurgents guarding stairs during the training. (Seth Robson / S&S)

The 2nd BCT soldiers, who have trained at Grafenw&#246;hr for the last few weeks, were officially notified Monday about the Iraq deployment, although the troops have been aware of it for some time.

The exercise, which runs until March 12, will involve 3,300 combat team soldiers and about 1,000 role players to include German civilians and soldiers from 1st Battalion, 4th Infantry Regiment, according to Joint Multinational Readiness Center observer controller Maj. Scott Nauman.

Eleven Military Operations in Urban Terrain sites at Hohenfels will become notional Iraqi towns and cities for the exercise. The civilian role players will speak German, communicating with soldiers through translators in the same way Arabic-speaking Iraqis will interact with forces in Iraq, said Nauman, 33.

On Tuesday, soldiers from Task Force 1st Battalion, 26th Infantry Regiment &#8212; one of three task forces that make up 2nd BCT &#8212; were preparing for the exercise by raiding the Raversdorf MOUT site, which stands in for the Iraqi city of Tikrit.

Almost half the soldiers in the unit are veterans of that earlier mission. This exercise will help assimilate 30 percent of the 1-26 soldiers who have joined the battalion in the last three months, he said.

During the raid, the action was fast and furious with soldiers kicking in doors and role players firing at their attackers. At the height of the battle, sirens on a half dozen soldiers&#8217; and role players&#8217; laser training gear screamed to signal they had been &#8220;killed in action.&#8221;

&#8220;This is the first time we have done a cordon and search at company level. The tanks did a great job (setting cordons around the MOUT site) and the assault force was ready to go,&#8221; said Wojack, who worked as a liaison officer with Iraqi commandos the last time the unit was in Iraq.

Pvt. Ryan Owens, 19, of Des Moines, Iowa, was a Squad Automatic Weapon gunner with an assault team during the training. He entered a target house after other soldiers had kicked in the door.

Owens, who joined the Army a year ago and came to 1-26 in December, said he was looking forward to the exercise and the Iraq mission.