It’s hands across culture for students at Kadena 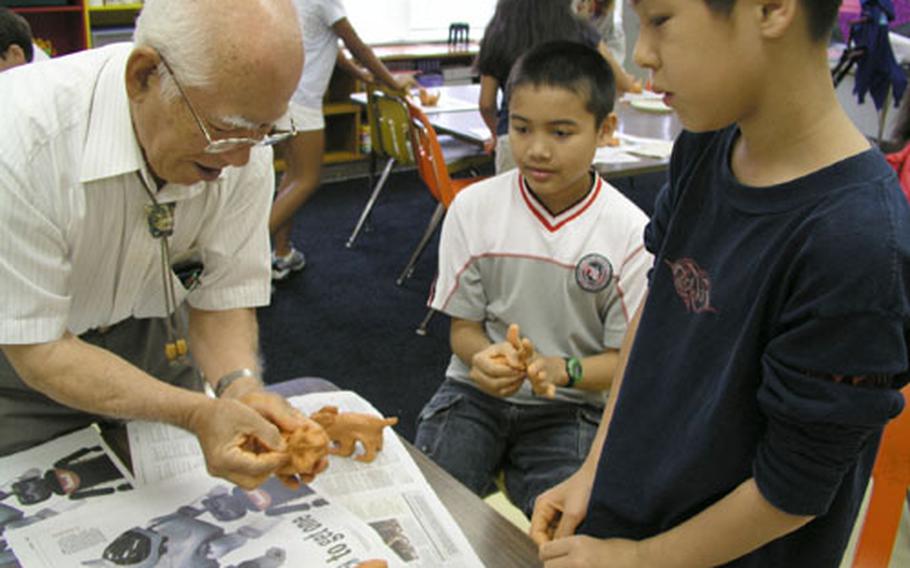 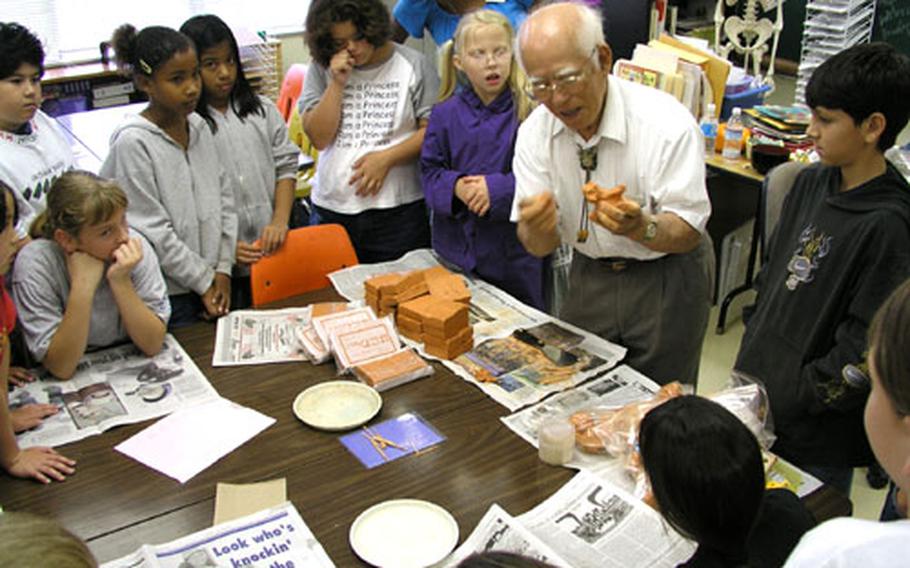 Sculptor Mitsuyoshi Ikei shows fourth graders at Stearley Heights Elementary School how to form a Shi-Shi dog out of clay. During a special art class Wednesday, students at the elementary school on Kadena Air Base enjoyed making their own traditional Okinawa guardian dogs. (Chiyomi Sumida / S&S) 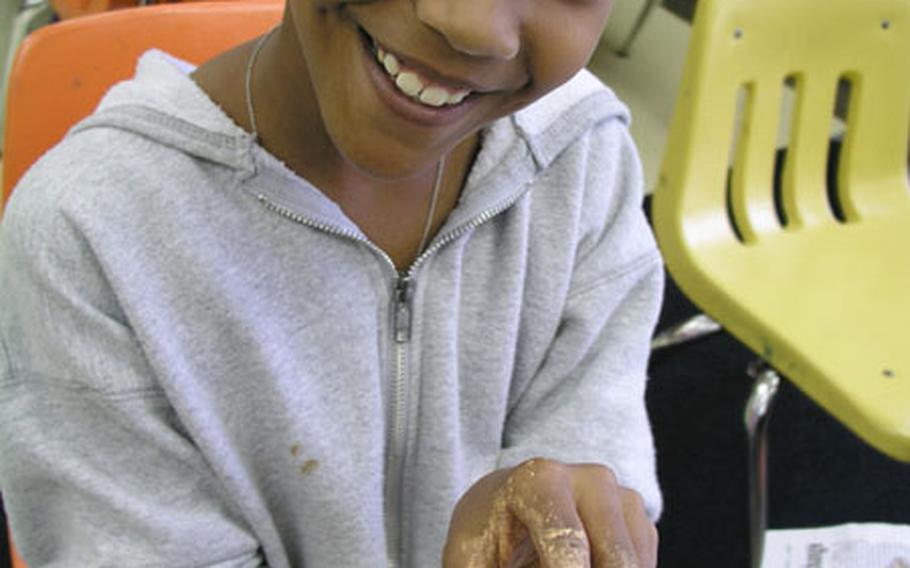 KADENA AIR BASE, Okinawa &#8212; Hundreds of Shi-Shi dogs were born this week in a classroom at Stearley Heights Elementary School.

As a part of Asian Pacific Heritage Month events, students, all 544 of them, participated in making the Okinawan guardian dog in clay under the tutelage of Okinawa sculptor Mitsuyoshi Ikei.

The school was abuzz Wednesday with the sound of the students molding wet clay into something resembling the small statues that guard the entrances to many Okinawa homes and businesses.

Ikei, a sculptor and a retired school principal from Gushikawa, made it look simple. At the beginning of each class, he casually took blobs of clay, squeezed them with both hands and, within a few minutes, the red clay ball was transformed into a Shi-Shi dog.

Next, it was the students&#8217; turn. They went back to their seats and started to tackle their cakes of clay.

Knead, knead, knead, they concentrated. Pat, pat, pat, they created images of the imaginary creature in their minds.

Sitting next to her was Sarah Durlauf. She, too, liked the comical creature she&#8217;d formed.

The Shi-Shi guardian dogs commonly seen on Okinawa are said to have been brought to the island from China during the 14th and 15th centuries. Also called &#8220;lion dogs,&#8221; the figures were believed to ward off evil and invite good luck to the home.

The canines usually perch singly atop rooftops or in pairs on both sides of Okinawan homes&#8217; gateposts. One has an open mouth and is said to be a male who accepts good luck into the home. The closed-mouth one is said to be a female, who refuses to let the good luck leave. They both are said to repel any evil spirits.

At another table, Angelina Arthur made a big mouth on her Shi-Shi dog.

&#8220;This will sit in my room so that all the good luck will come to me,&#8221; she said after putting a final touch on her gentle-looking guardian dog. An idea flashed into her mind. Using leftover clay, she made a ball with her name on it.

Principal Mona Morgan said, &#8220;It is important for them to understand different cultures and beliefs and the reasons behind them.&#8221;

At the end of the class, each student left the classroom with his or her own work, carefully wrapped in newspaper.