‘It reminds me that he loved me’ 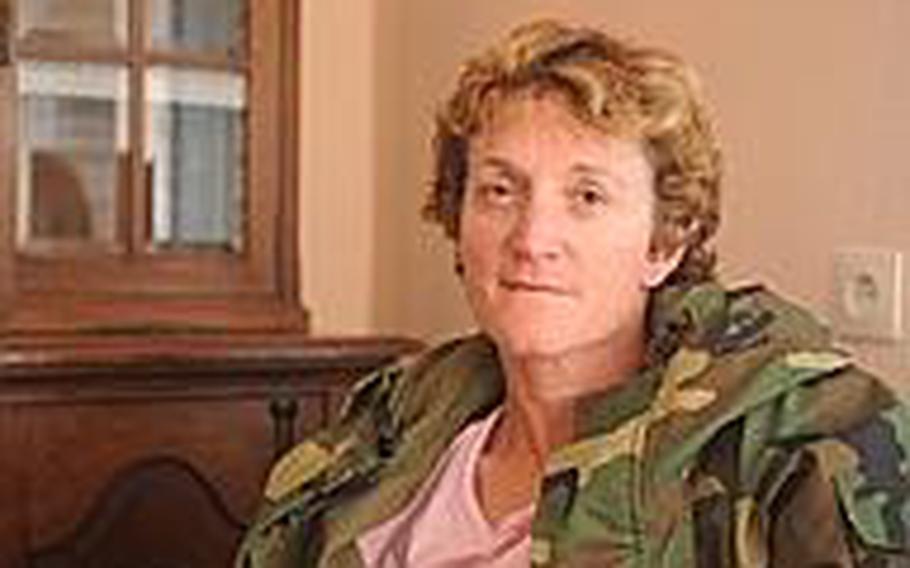 Linda Ambard wears the jacket of husband Maj. Phil Ambard, an Air Force Academy assistant professor, almost every day. Phil was killed in Afghanistan April 27, 2011. 'It just reminds me of him,' Linda said. "It makes me warm. It makes me feel good.' (David Rogers/Stars and Stripes)

Linda Ambard wears the jacket of husband Maj. Phil Ambard, an Air Force Academy assistant professor, almost every day. Phil was killed in Afghanistan April 27, 2011. 'It just reminds me of him,' Linda said. "It makes me warm. It makes me feel good.' (David Rogers/Stars and Stripes) 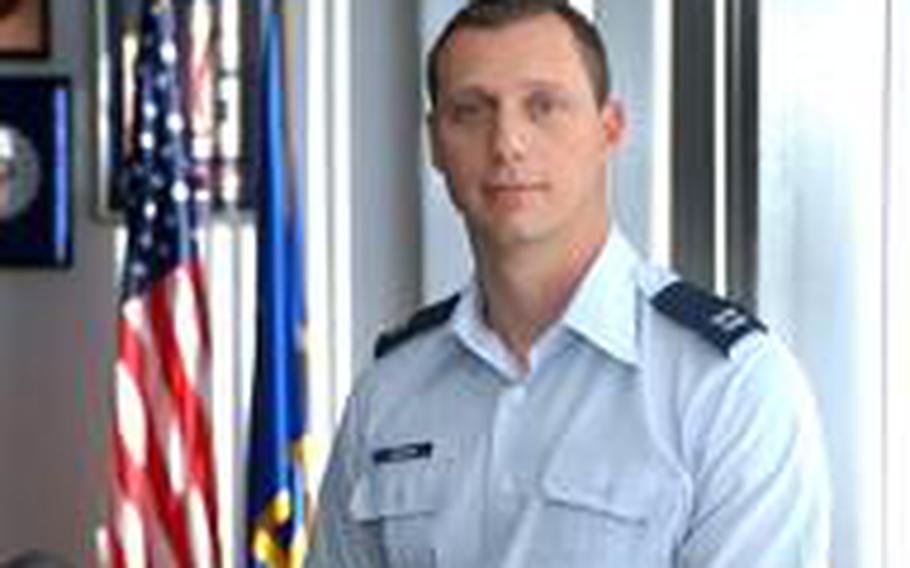 Maj. Philip Ambard was killed April 17, 2011, in Afghanistan. In the months that followed his death, his wife, Linda, had to adjust to her new reality. When she needs to feel close to him, she puts on one of his military jackets. (Courtesy of the U.S. Air Force)

Since her husband of 24 years was killed in Afghanistan last spring, Linda Ambard has felt homeless.

"I spent my whole adult life following that man around the world," she said. "I don't have a home anymore, because home was where he was."

So she's made a haven of his military jacket, wrapping herself up in his memory."I come home from work, shower, put my pajamas on and put the coat on top of me," she said.

Air Force Maj. Phil Ambard was one of eight U.S. servicemembers killed on April 27, 2011, when an Afghan pilot opened fire at an airport in Kabul.

Phil immigrated from Venezuela at age 12, began his 25-year Air Force career as an enlisted man and became an officer in 2000. He taught Spanish and French at the Air Force Academy but, Linda said, he wanted to be able to tell the students he had done his part. He volunteered for his first deployment of the post-9/11 era.

Linda still talks about him in the present tense, like when she laughs telling the story about how they eloped after dating for four months even though "we are both super responsible and super reliable people, and neither of us has ever been known to take a risk."

The Ambards raised five children. Three enrolled at the Air Force Academy and one at the U.S. Military Academy at West Point. The fifth is studying at the University of Denver.Linda had Phil's uniforms turned into quilts for each of her five kids. Her first grandchild was born on Thursday, named for "the grandfather he'll never know," Linda said.

Her youngest child is a junior at the Air Force Academy, but she couldn't bear staying in Colorado Springs after Phil's death. Yet she felt like there wasn't any other place to return to, to call home.

"I'm from Boise, Idaho," she said, "but I haven't lived there since I graduated college and that was forever ago."

So she transferred to a Department of Defense Dependents Schools in Germany, where she teaches physical education and health to middle schoolers at Ansbach Middle High School.

She finds solace in the overseas military community, even though at 50 she says she's the oldest person on base. Still she started wearing Phil's jacket when she arrived, "because I felt so alone."

She'll leave Germany when she's ready to build a new home, but for now she has the jacket.

"It reminds me that he loved me and that everything is going to be OK, because that's what he would tell me if he was here."