It may not have ‘Black Friday,’ but London still has holiday deals 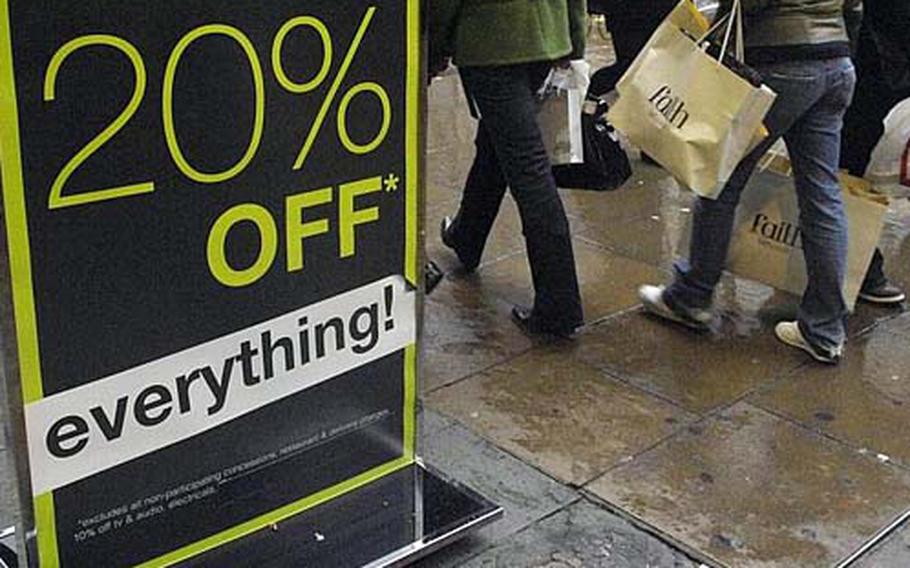 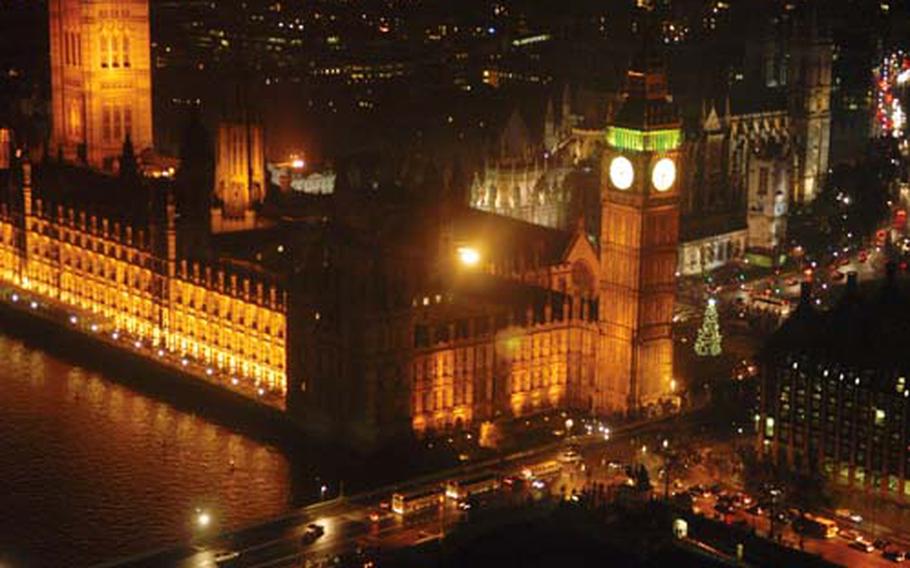 From the London Eye, you can see the tree in Parliament Square and some of the Christmas lights that make the city twinkle a little more during the holidays. (Charlie Reed, S&S) 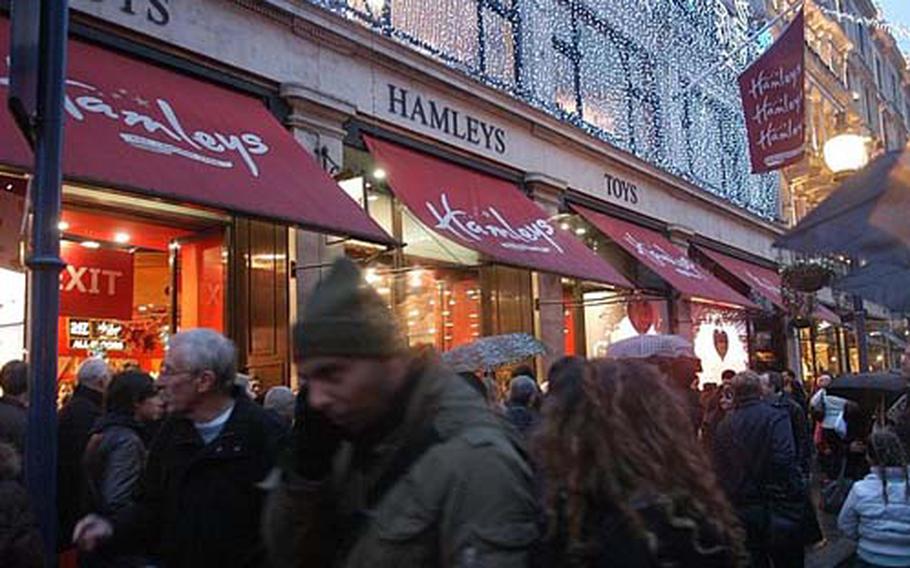 Hamleys on Regent Street is a madhouse during the holiday season. Between people and strollers, there’s a human sea to navigate at the entrance. (Charlie Reed / S&S)

Nevermind that the Brits don&#8217;t celebrate Thanksgiving, or shop en masse the day after, the crowds were still thick in London shops Friday.

While "Black Friday" &#8212; the name for the day after Thanksgiving in the States because stores tend to turn a hefty profit &#8212; marks the beginning of the American holiday shopping season, British retailers started rolling out their Christmas deals in earnest at the beginning of November.

And there&#8217;s plenty more bargains to be had in the days leading up to and immediately following the holiday, thanks to the depressed economy, said Richard Dodd, spokesman for the British Retail Consortium.

To entice shoppers who are increasingly reluctant to part with their cash in these tough financial times, retailers are offering unprecedented sales, he said.

"Some are offering up to 25 percent off," Dodd said. "It&#8217;s obviously a difficult time for both consumers and retailers, but if you&#8217;ve got spare money, and are prepared to spend it, there are massive bargains out there to be had."

And with the recent favorable exchange rate, the dollar stretches a little further on the British economy these days.

Arguably London&#8217;s most famous store, this emporium of up-market goods sells everything from designer clothes and furniture to chocolates. Though Harrods is known for its luxurious merchandise, not everything is as overpriced as you might think. Even though it&#8217;s still far from cheap, Harrods offers the ultimate shopping experience.

This world-renowned toy store is on par with FAO Schwartz in New York City, every kid&#8217;s dream. Check out toydemonstrations on most of the six floors.

Check out the latest iGadget, take a workshop on how to use said gadget and get answers to all your pressing Apple-related questions at this mega-store. You can even just stop in to check your e-mail on one of the scores of open computers on hand. Anyone who uses a MAC or an iPod will find something useful here.

This department store&#8217;s flagship location is second in size only to Harrods and is also slightly less expensive. Though the building is enveloped in scaffolding, the elaborately dressed store windows will delight the young and old.

This trendy and youthful store is the perfect place to pick up a holiday frock. It&#8217;s a place where the fashion-conscious can check out the latest. And it&#8217;s the only high street brand to show at London Fashion Week.

This retailer is comparable to J.C. Penney or Sears with fashion, furniture and accessories for the whole family at reasonable prices. There&#8217;s a nice variety of fairly cheap gift baskets of toys, food and trinkets from Britain.

Get everything from a rugby ball to a range of name-brand athletic clothing, shoes and accessories at very low prices. There is a huge selection of Lonsdale merchandise &#8212; an uber-British brand to send back to the States &#8212; and British football club paraphernalia.

If shopping from the comfort of your home is more your speed, all of these stores can be found online. But if you&#8217;re prepared to brave the crowds &#8212; and more than likely the elements &#8212; then make your list, check it twice and get your shop on.