It ain't over 'til the brigadier general sings ... 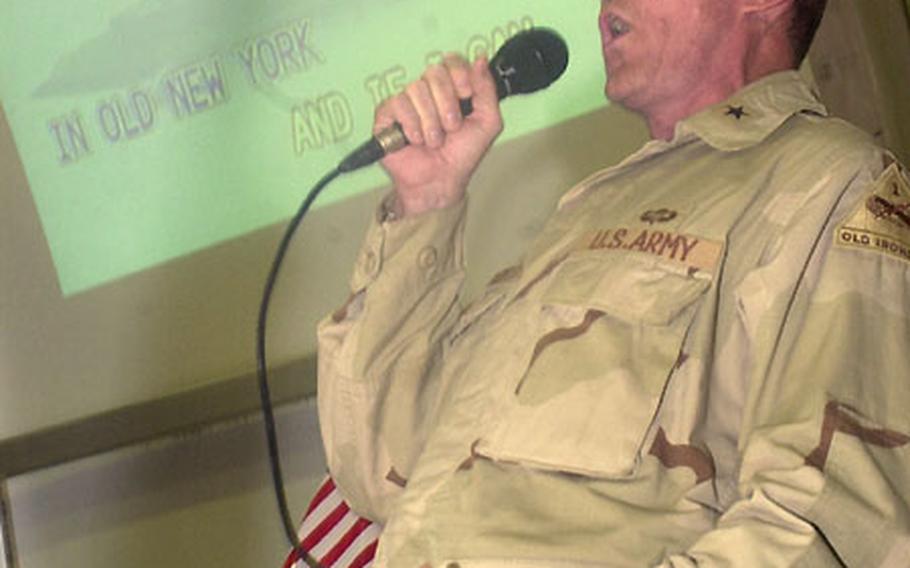 When Brig. Gen. Martin Dempsey took the stage at the karaoke competition in Baghdad, Iraq, it was like he was channeling Sinatra. (Terry Boyd / S&S)

When Brig. Gen. Martin Dempsey took the stage at the karaoke competition in Baghdad, Iraq, it was like he was channeling Sinatra. (Terry Boyd / S&S) 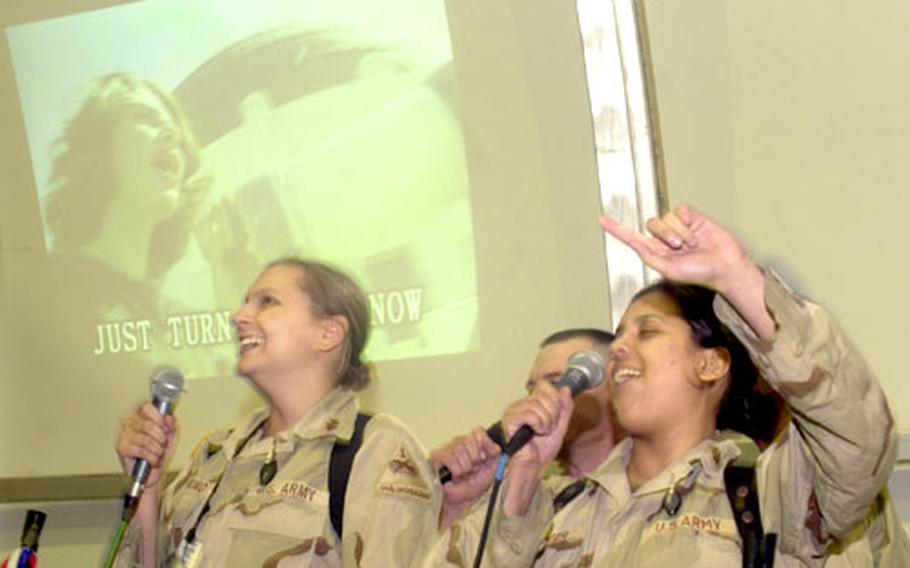 They may have had a little problem with minor issues such as pitch and key, but no one gave a more energetic performance than 1st. Lt. Terry Browning, left, and 1st Lt. Lillie Driver. The two 1st Armored Division officers teamed up on “I Will Survive” with back-up singers Lt. Col. Christopher Argo and 1st Lt. Patrick Warren. (Terry Boyd / S&S)

BAGHDAD, Iraq &#8212; When Brig. Gen. Martin Dempsey took the stage last night, it was like he was channeling Frank Sinatra.

&#8220;This is advertised as a competition, but there will be no competition,&#8221; Dempsey said to the 1,000-plus crowd at the Bob Hope Dining Facility.

He wasn&#8217;t kidding. Dempsey, new commanding general of the Wiesbaden, Germany-based 1st Armored Division, launched into a rendition of &#8220;New York, New York,&#8221; that would have done the Chairman of the Board proud.

How good was he?