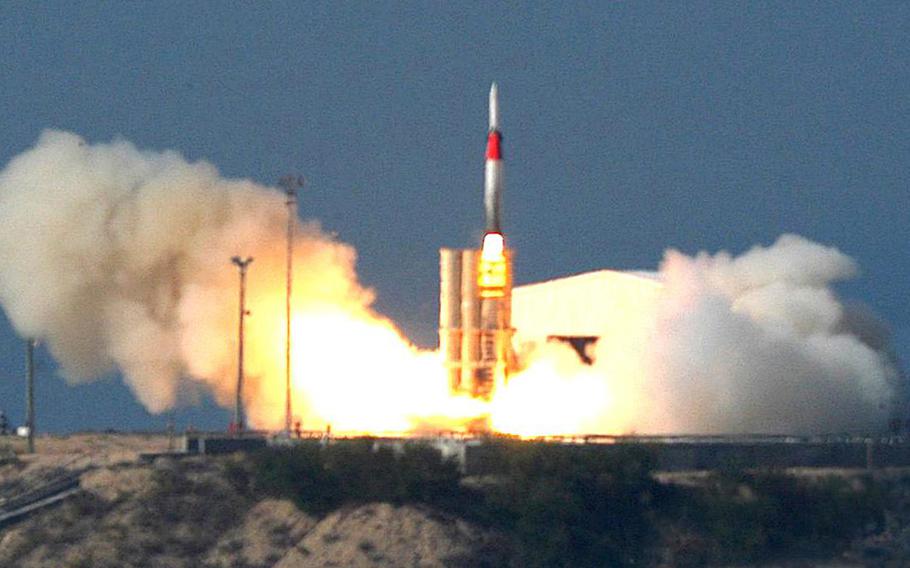 The U.S. and Israel conducted a joint missile test over the Mediterranean Sea on Tuesday amid regional tensions surrounding possible military strikes in Syria, the Defense Department reported.

U.S. Naval Forces Europe-Africa in Naples, Italy, which oversees maritime activities in the area, stated none of its ships was responsible for the objects, posting on its Twitter account, @NAVEUR_NAVAF: “Regarding recent media reports, NO @USNavy ships launched missiles in the Mediterranean.”

The objects were instead part of a test of Israel’s Arrow Ballistic Missile Defense System and were launched by the country’s missile defense agency with “technical assistance and support” from the U.S., according to a DOD statement.

The test involved the launch of a Sparrow missile target over the Mediterranean with the aim of evaluating the missile system’s ability to “detect, track and communicate information about a simulated threat to Israel,” according to the statement.

Israeli media reported the test was conducted from an air force base in central Israel.

Reports of the objects come at a time of increased tension around the Mediterranean as the U.S. considers strikes against Syria following a recent chemical weapons attack in the country. Five U.S. guided-missile destroyers are reported to be in the eastern Mediterranean, ostensibly in preparation for a possible strike.

The DOD statement said the test had long been planned as part of broader cooperation between the two countries and had nothing to do with U.S. consideration of military operations in Syria.