Island nation in Indian Ocean now a big draw for US, China 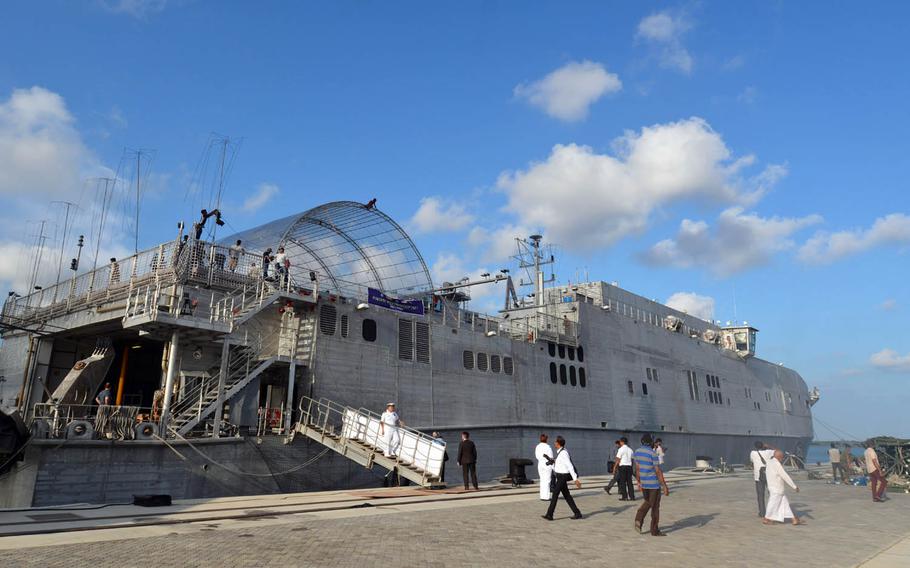 Buy Photo
The USNS Fall River moors at Hambantota port in Sri Lanka as part of the Pacific Partnership 2017 exercise this month. (Erik Slavin/Stars and Stripes)

Buy Photo
The USNS Fall River moors at Hambantota port in Sri Lanka as part of the Pacific Partnership 2017 exercise this month. (Erik Slavin/Stars and Stripes) 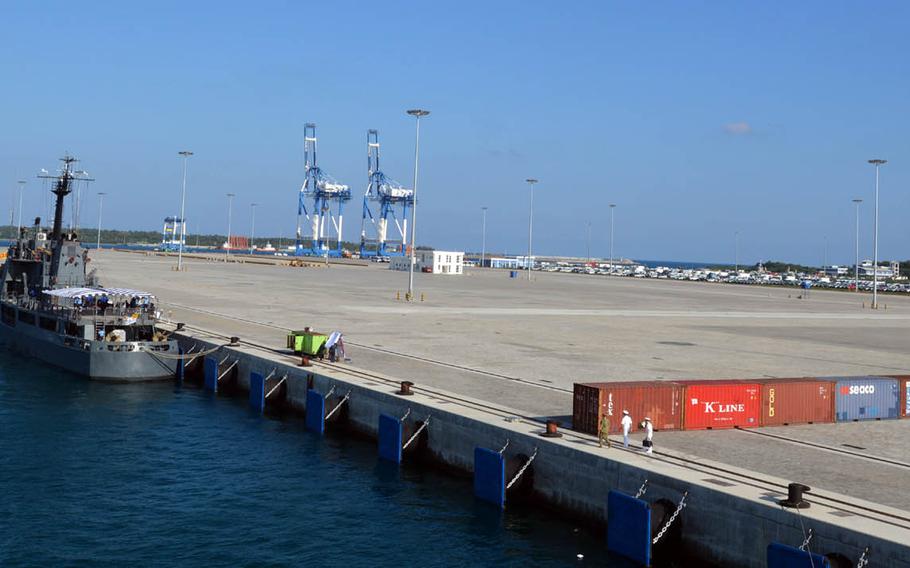 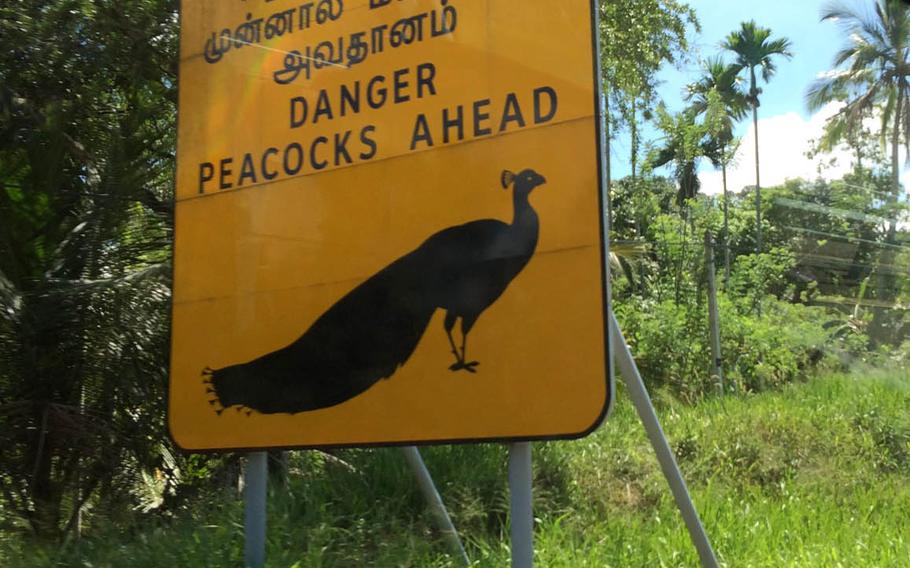 HAMBANTOTA, Sri Lanka — The answer to why a state-of-the-art port exists in a remote part of one of Asia’s smallest nations lies a short distance out in the Indian Ocean.

A critical sea lane is the reason China built the little-used Hambantota port in the first place, and why — besides a long-­standing regional humanitarian mission — the U.S. military was keen to visit for nearly two weeks this month.

More than half of the world’s container ships, one-third of bulk cargo traffic and two-thirds of global oil shipments use the Indian Ocean, and much of it transits shipping lanes near Sri Lanka on the way through the Strait of Malacca to the South China Sea.

“I’ve heard it said that there are three things that one must take into consideration when evaluating strategic significance: location, location and location,” Pacific Command chief Adm. Harry Harris said during a speech in November, when he became the highest-ranking U.S. officer to visit Sri Lanka in more than a decade. “But location without stability and security is a hollow place.”

Now that Sri Lanka is achieving greater stability after decades of civil war, the Chinese and U.S. militaries are both taking an interest in this formerly overlooked island. However, their approaches and goals differ considerably.

China’s footholdFor China, Sri Lanka is part of a vision of a trade route stretching across Asia to Europe and Africa, as well as a vital link in its domestic oil supply chain.

China has gained an economic and strategic foothold on the island, and ignited protest among Sri Lankans worried about Chinese control over their country.

“China’s activity in the Indian Ocean — particularly in Sri Lanka, which is a focal point in China’s One Belt One Road [economic] plan — appears to be predatory lending under the guise of economic development,” researcher Shiyana Gunaskara wrote in February for the East-West Center, a Hawaii-based foreign policy research group.

China offered Sri Lanka’s previous administration billions of dollars in development loans to build projects like the Hambantota port and a nearby international airport that, as of Wednesday, had only a handful of flights going anywhere.

Now unable to pay back what a Forbes report estimated at $8 billion in loans, the current administration made a deal to give China’s semi-public enterprises an 80 percent stake in the Hambantota port in exchange for $1.1 billion in debt relief.

The deal also would grant China a large swath of Sri Lankan land nearby to construct an industrial zone.

News of the deal sparked violent protest in the capital of Colombo, which led to its postponement, according to local news reports.

China also has a stake in the capital’s port, where locals have complained that Chinese submarines are mooring at commercial berths rather than designated military areas.

Greetings from USAThe U.S. thus far is taking a much softer approach, setting the foundations for long-term goals of preserving freedom of navigation in nearby waters and sharing intelligence.

This month, the USNS Fall River arrived in Hambantota as the first stop in Pacific Partnership 2017, an annual regional mission focused on humanitarian assistance and disaster-relief planning.

Sailors, soldiers and Marines played volleyball with children at rural schools; they installed toilets at clinics; and they doled out free medical treatment alongside providers from allied nations like Australia.

U.S. servicemembers got to know Sri Lanka while traveling country roads with signs like “Danger peacocks ahead,” and watching intrepid drivers avoid a combination of daring three-wheel tuk-tuks and freely roaming cows. Everywhere they arrived, the Americans were greeted warmly.

“There’s an old saying that you can’t surge trust,” said Rear Adm. Don Gabrielson, commander of the Singapore-based Task Force 73, at Hambantota port on March 7. “What it takes is a lot of effort, people coming together to build the relationships that create credibility … That says when I tell you I’m going to do something that you can trust what I say is what I meant.”

Privately, U.S. officials say they don’t expect Sri Lanka to have to side with one nation on all counts.

All of the smaller Asia-Pacific nations engage in strategic balancing with China.

Countries like Vietnam, Malaysia, the Philippines, Brunei, Indonesia and Japan all claim territory or waters that Beijing says belongs to it, and yet each country manages a critical trade relationship with China while engaging with U.S. military and diplomatic teams.

What they don’t want — and what neighbor India also doesn’t want — is a Sri Lanka beholden to China, whose concept of where the U.S. Navy is allowed to sail differs greatly from the U.S. point of view under international law.

The Navy wants to know what is going on in international waters near Sri Lanka, whether it involves legal commercial and military ships or illicit activities like drug smuggling, human trafficking and terrorist movement, Harris said in November.

The U.S. is already sharing Indian Ocean intelligence with India, Harris said in January. Although its relationship with Sri Lanka is far less developed, it appears that is a long-term goal the U.S. will pursue.

“The key is information sharing,” Harris said. “I realize that this is an ambitious goal that requires a lot of hard work and treasure.”