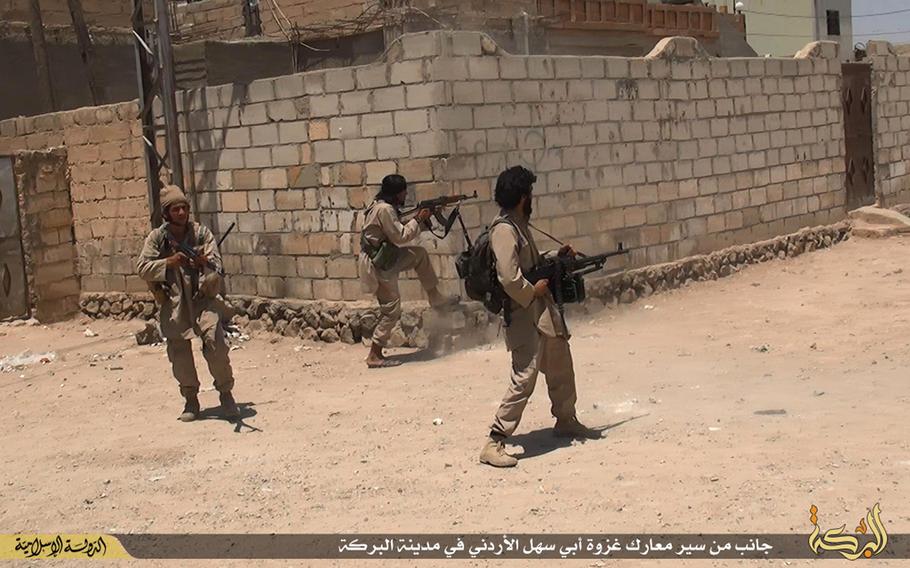 The Air Force is taking seriously the latest threats by the Islamic State group against U.S. airmen in the United Kingdom but has not issued any travel restrictions or raised force-protection levels, officials said Wednesday.

A group calling itself the “Islamic State hacking division” has singled out U.S. assets and military and diplomatic personnel serving in the U.K. for apparent retaliation for U.S.-led airstrikes in Syria and Iraq, according to a report in London’s Sunday Times. The group allegedly posted personal information online of more than 1,400 people, including 16 Air Force personnel who have worked at bases in England, the newspaper reported.

“Nothing has changed because of this direct list at this point,” said Maj. Sheryll Klinkel, spokeswoman for U.S. Air Forces Europe–Air Forces Africa. “This does heighten the vigilance a little, but overall we’re always looking at what is out there and how we can ensure everyone is safe.”

The Times reported Sunday that homegrown extremists are being urged to carry out “lone wolf” attacks at U.S.-run air bases in the United Kingdom, including RAF Lakenheath, RAF Mildenhall, RAF Alconbury and RAF Menwith Hill.

Much of the information posted online, however, appears to be out of date, according to the paper, though up to four airmen on the list may still be in Britain or Europe.

The Times, which claims to have seen the document before it was removed from the Internet, said it warned: “We are extracting confidential data and passing on your personal information to the soldiers of the khilafah [caliphate] who soon, with the permission of Allah, will strike at your necks in your own lands!”

“Without going into what tactics are used … we do protect the safety of people who are on the list,” she said.

Klinkel said the command continues to urge airmen and their families overseas to exercise vigilance.

Last month, the Air Force canceled Fourth of July events on its bases at Lakenheath and Mildenhall because of unspecified security concerns. British police later arrested three people in connection with a possible July 4 terrorist plot at U.S. bases.

One man, a 24-year-old delivery driver from Luton, appeared in court in late July charged with planning a terrorist attack. He allegedly was monitoring RAF Mildenhall and RAF Lakenheath while on his delivery route and planned to stage a car crash and to attack airmen with a knife, The Telegraph newspaper reported.

The U.S. Embassy in London appears to have issued no specific warning on its website in response to the reported threat. But on July 29 it posted an updated State Department worldwide travel alert, warning that current information suggests that the Islamic State group and other terrorist organizations “continue to plan terrorist attacks against U.S. and Western interests in Europe.” It mentioned recent terrorist attacks in Paris, Copenhagen, and Lyon, France.