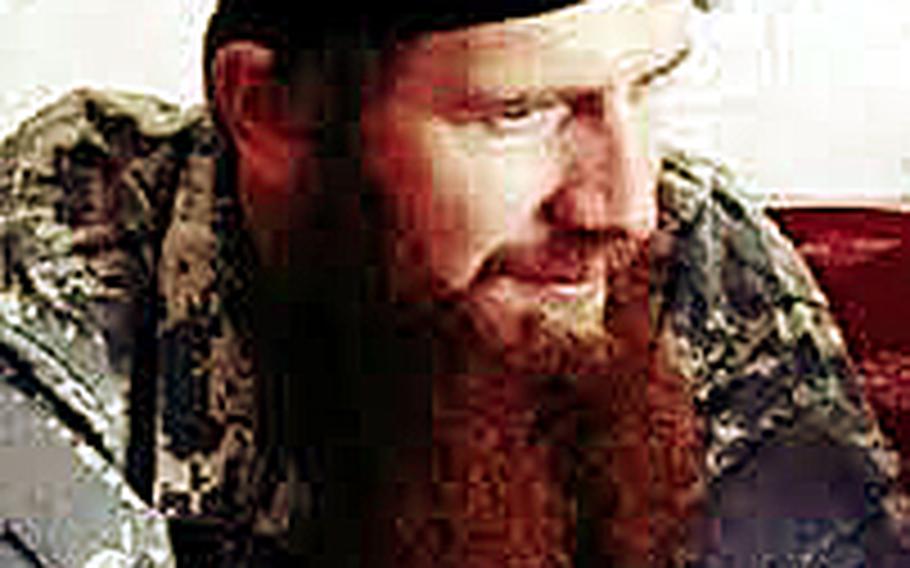 IRBIL, IRAQ — A top military commander for the Islamic State group who survived an U.S. airstrike in March was killed July 10 in another airstrike near Mosul, according to a news agency linked to the militant group.

Omar al-Shishani, more commonly known as Omar the Chechen, was the terrorist group's top war planner. On Thursday, the agency confirmed that al-Shishani had survived the March attack, but was killed in the July 10 airstrike.

The Pentagon on Thursday said 13 Islamic State group members were targeted in the March airstrike and, based on surveillance imagery at the time, 12 were killed and one was injured in the attack. The Pentagon later said intelligence gathered from the attack and reporting from a human rights group indicated al-Shishani had died as a result of his injuries from the March airstrike.

"On July 10, the coalition conducted a strike on an [Islamic State group} leadership meeting near Mosul," Cook said during a news briefing at the Pentagon. "We believe Omar al-Shishani was present along with 16 other [Islamic State group] leaders. We are still working to confirm the outcome of that airstrike ... we do have indications that he was present."

Cook said the Pentagon is still reviewing the results of the July 10 airstrike but "we believe this was a successful strike, but we are not in a position to confirm he was killed."

Cook would not discuss the information that led the Pentagon to reassess that al-Shishani was still alive.

The Aamaq news agency, which is linked to the Islamic State, said Wednesday that Al-Shishani, famous for his long red beard, had died in combat south of Mosul.

The Georgian national, believed to be in his 30s and whose real name is Tarkhan Tayumurazovich Batirashvili, was one of the most-wanted Islamic State fighters and the U.S. government had offered a $5 million bounty for him.

He was reported dead in March, when the U.K.-based Syrian Observatory for Human Rights said he had succumbed to severe injuries from a U.S.-led coalition airstrike in Syria. The leader of the Syrian human rights group, Rami Abdelrahman, told Reuters that al-Shishani had died in eastern Syria after the March attack.

“I confirmed from the doctor who went to see him,” he said at the time.

U.S. and Iraqi officials also confirmed his death, but Aamaq had denied his death at the time without providing evidence that he was alive, The Associated Press reported.

It’s not clear when the coalition learned al-Shishani was still alive.

“The important message for [Islamic State group] leaders here is that we will continue to hunt and target them no matter how long it takes,” the coalition said.

Stars and Stripes reporter Tara Copp contributed from the Pentagon.