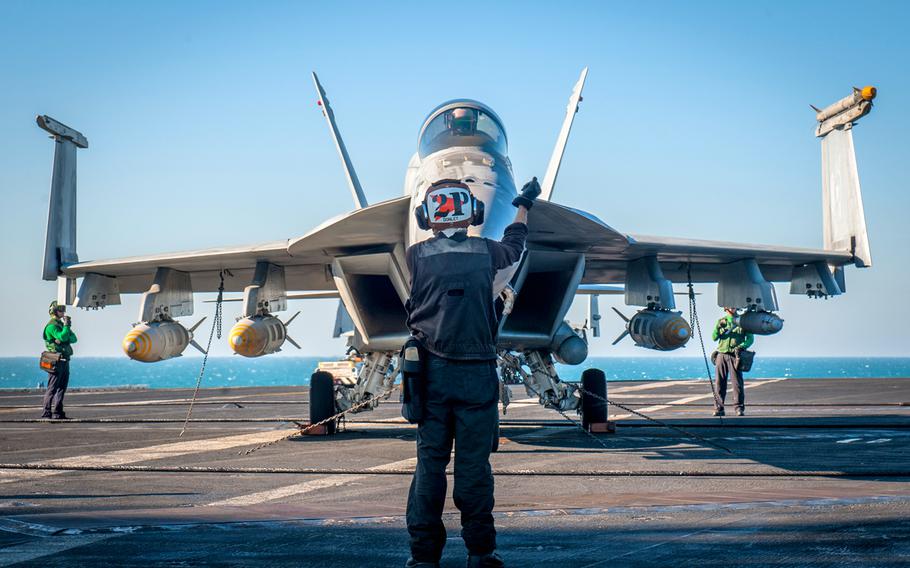 WASHINGTON — A chemical weapons expert working with the Islamic State terrorist group was killed in a U.S. airstrike last week, according to defense officials.

Abu Malik, also known as Salih Jasim Muhammed Falah al-Sabawi, died in the vicinity of Mosul, Iraq, following a coalition air attack Jan. 24, U.S. Central Command said in a statement Friday. Malik worked at Saddam Hussein’s Muthana chemical weapon production facility before the dictator was overthrown by U.S. forces in 2003. He subsequently joined al-Qaida in Iraq. The Islamic State is an offshoot of that group.

“His past training and experience provided the terrorist group with expertise to pursue a chemical weapons capability,” CENTCOM said. “His death is expected to temporarily degrade and disrupt the terrorist network and diminish [the Islamic State’s] ability to potentially produce and use chemical weapons against innocent people.”

The U.S. military and other members of the international coalition assembled to fight the Islamic State have been bombing the group in Iraq since August. The air war subsequently expanded to Syria, where the group has a strong presence.

The airstrike that killed Malik was conducted by the U.S. military, according to the Pentagon.