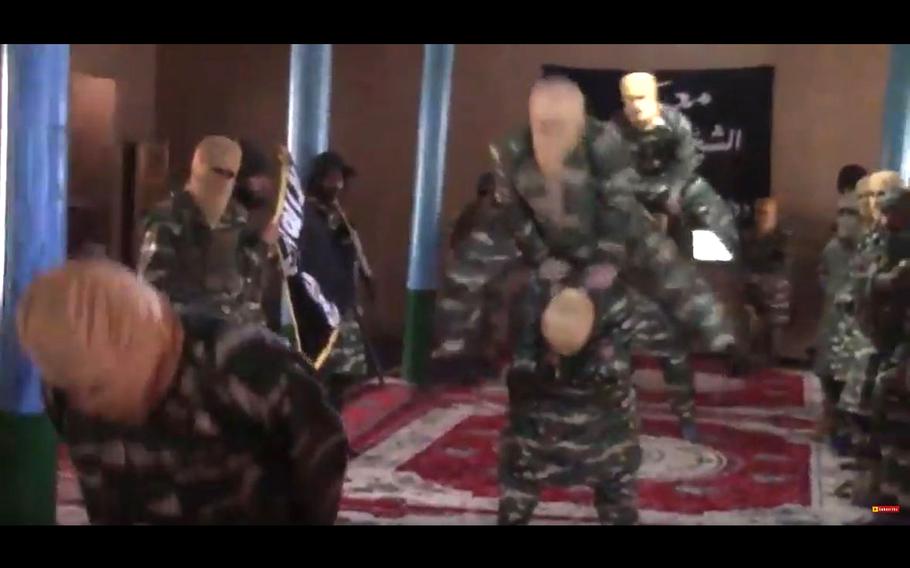 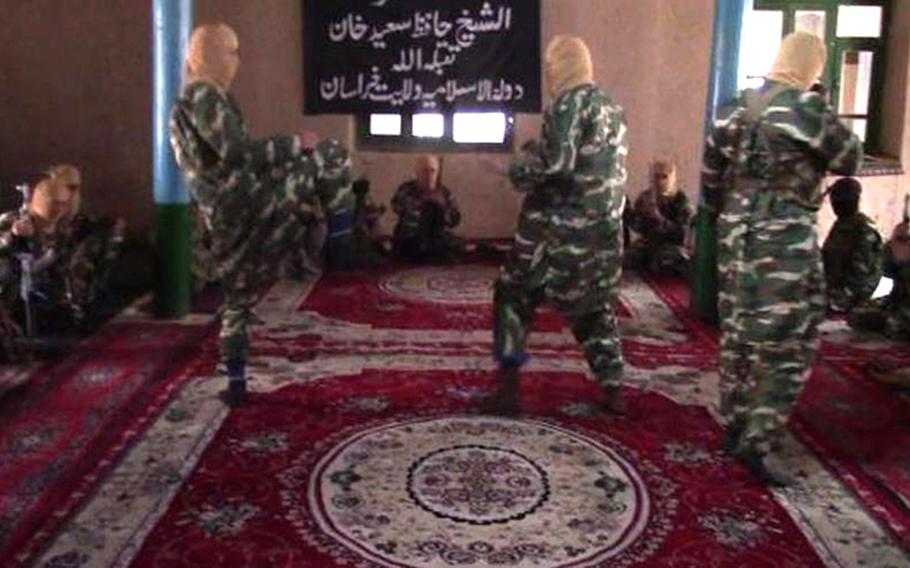 Afghan and U.S. Special Operation Forces captured a stockpile of propaganda products belonging to an ISIS affiliate during a nighttime raid in Jowzjan province, northern Afghanistan. A video clearly depicts the group filming combat-themed propaganda inside of a mosque. () 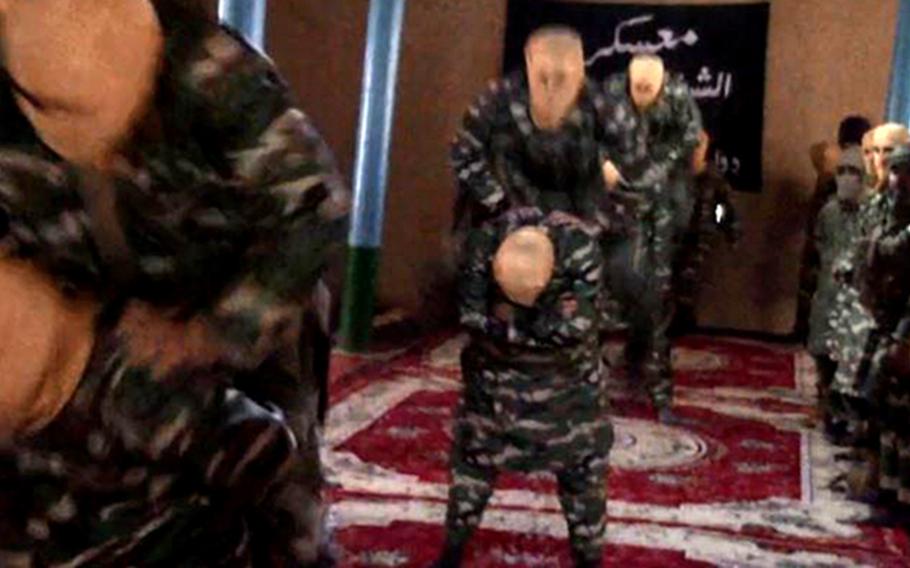 Afghan and U.S. Special Operation Forces captured a stockpile of propaganda products belonging to an ISIS affiliate during a nighttime raid in Jowzjan province, northern Afghanistan. A video clearly depicts the group filming combat-themed propaganda inside of a mosque. ()

The four-minute compilation, released last week by the U.S.-led special operations task force in the country, seems aimed at undermining the group’s fearsome reputation. It resembles a selection of comical outtakes.

At one point, the compilation shows several clips of a man flanked by two gunmen as he gestures and points, somewhat like an insurgent Uncle Sam. In the background, men box and others wave ISIS flags.

Afghanistan’s ISIS affiliate is known as ISIS-Khorasan province, after an ancient name for the region that includes Pakistan.

As Kabul and its allies work to increase battlefield pressure on the terrorists, ISIS-K fighters have sought sanctuary in mosques and other religious sites, military officials said. The group’s suicide bombers, meanwhile, have targeted such holy sites in Kabul and the western city of Herat.

The group seems secure in the belief that Afghan forces and their allies won’t strike them in religious or civilian-occupied buildings, said Gen. Mohammad Radmanish, acting Defense Ministry spokesman.

“Daesh terrorists are always trying to hide in people’s houses, mosques and religious places, which are not being targeted by our security forces,” Radmanish said, using an Arabic term for ISIS.

They turn to such hideouts especially at night, when U.S.-backed Afghan special operations troops typically conduct raids like the one in which the video was captured, he said.

Supposedly filmed in a mosque, the released footage was culled from hours of video in a stockpile of propaganda materials found during a nighttime raid last month in Jowzjan province’s Darzab district, the U.S. military said last week.

The video bears a strong resemblance to footage ISIS released in November 2015 as it sought to gain a foothold along Afghanistan’s border with Pakistan.

Filmed outdoors at a purported training camp, the 2015 video showed a man kicking trainees in the groin and punching their guts.

The latest clips may have been intended for a recruiting video.

Last month, officials said ISIS was trying to bring foreign fighters and weapons into Jowzjan, largely from within the Central Asian region.

Despite the antics depicted in the latest video, ISIS-K continues to act mercilessly in Afghanistan.

Outside its border enclaves in the east and north, it has carried out a series of bloody attacks and atrocities throughout the country. A bombing in Kabul on Sunday that killed nearly 60 people demonstrated that its brutality doesn’t depend on physical training or hand-to-hand combat.

Chaman Gul, 48, a resident of Pacheer Agam district in Nangarhar province, described to Stars and Stripes how ISIS-K used mosques as a haven when the group held his village for more than two months late last year.

“They would fight during the day and sleep in the mosques during the night,” he said. “They were forcing people to bring them food to the mosques.”

They would kill infants and the elderly, he said.

Such cruelty was displayed last week in Jowzjan’s Darzab district, when the group beheaded a 13-year-old boy after holding him in captivity for a month, local media reported. The Pajhwok news agency reported that a “kangaroo court verdict” found the boy guilty of supplying food to the police force, in which his brother-in-law was serving.

Over the weekend, besides carrying out the Kabul bombing, the group reportedly beheaded three brothers who were all medical workers in Nangarhar province.

Recent operations have killed dozens of ISIS fighters in the Jowzjan districts of Darzab and Qosh Tepa, Radmanish said Wednesday.

“Our forces are trying their best to kill or capture Daesh fighters in Jowzjan province,” he said. “But they are still active in those two districts.”