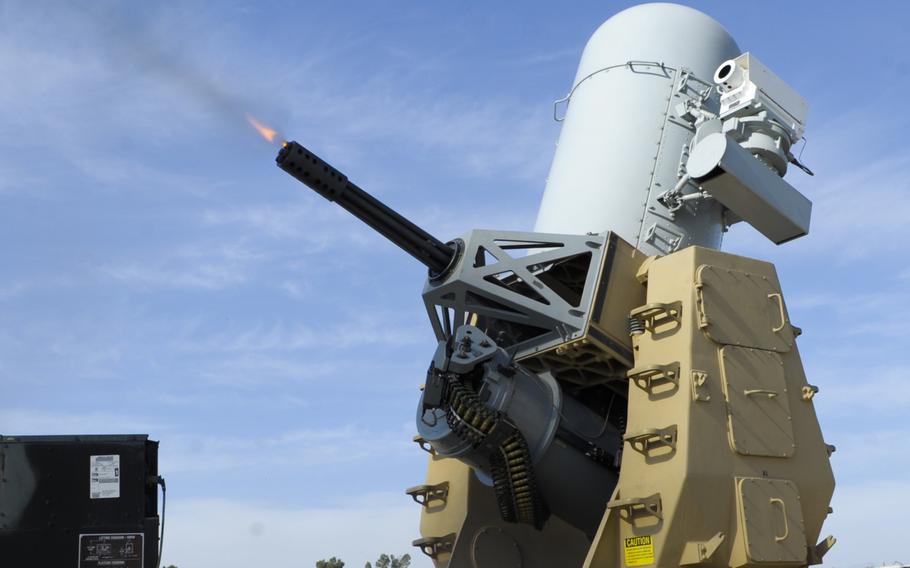 KABUL, Afghanistan — An Islamic State militant fired mortars at U.S. and international troops at Bagram Airfield in what security officials said was the third attack on the base since the U.S. signed a peace deal with the Taliban last month.

No one was hurt during the attack Saturday night and Bagram Airfield, the largest U.S. base in Afghanistan, was not damaged, a spokesman for the NATO Resolute Support mission said Monday.

A man in a small pickup drove through a police checkpoint near Bagram about 8 p.m. Saturday and fired three mortars at the base before escaping, said Mohammad Mahfooz Alizada, police chief of Parwan province.

Afghan police destroyed the militant’s truck, causing a large explosion, said Bagram district governor Abdul Shokour Qudousi. All of the mortars were shot down, he said.

Taliban spokesman Zabihullah Mujahid told Stars and Stripes on Monday in a phone interview that the group blamed the attack on spoilers trying to “sabotage” the peace process.

A deal signed by the Taliban and the U.S. in Qatar last month outlined the withdrawal of American and coalition troops from the country in exchange for several concessions from the Taliban, including a commitment to stop attacking U.S. and foreign partner forces.

“According to our promise, our fighters are careful in all those areas where U.S forces are,” Mujahid said.

However, the police chief of the province that includes Bagram said he didn’t believe the Taliban’s denial of responsibility for the rocket attack.

“These terrorists, they don’t believe in lessening violence. We know it is them,” said Alizada, the police chief of the province housing Bagram, citing his department’s intelligence reports.

The attack during the weekend was the third on the base since the signing of the deal, Alizada said.

The Taliban participated in a weeklong “reduction of violence” period prior to signing their deal with the U.S. but has resumed attacks on Afghan security forces, raising the ire of both American and Afghan officials.

If those attacks continue, Afghan security forces will shift from what have been mostly defensive positions to attacking, Defense Ministry Asadullah Khalid said last week.

“The enemy has increased their violence throughout the country,” Khalid said. “If the enemy continues their attacks, we will go after them and will follow them in whatever hideout they are in.”