Is Roppongi’s diversity a dangerous mix? 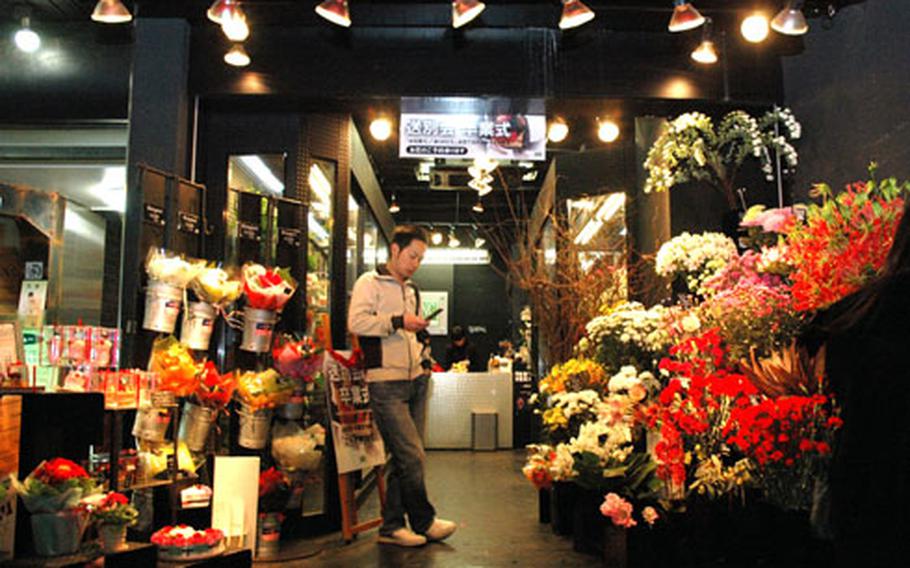 Roppongi is a neighborhood in central Tokyo filled with diverse entertainment offerings. During the day, visitors can see world-famous art and eat at top-rated restaurants. At night, workers from dance and strip clubs take over the sidewalks, barking at passers-by in an attempt to lure them inside. ()

TOKYO &#8212; Visitors to Roppongi can eat in Michelin-rated restaurants, kick the tires of European sports cars and window-shop for couture clothing.

Or, a few doors down, they can buy sex toys, watch women strip around poles, or purchase drinks &#8212; and a variety of other services &#8212; from hostesses at gentlemen&#8217;s clubs into the early morning hours.

It&#8217;s "a place that is diverse and has many faces," said Hiroyuki Usui, a member of an association representing Roppongi businesses. "It has cultural facilities but also has nightlife. Those places are weaved into the town."

That weaving attracts tourists and locals who can see the city&#8217;s skyline or picnic in a park or see world-class art &#8212; such as last year&#8217;s exhibit of Pablo Picasso&#8217;s work at the National Art Center.

But it also creates intimidation that borders on harassment on certain sidewalks late at night. A few feet from Roppongi crossing, the neighborhood&#8217;s main intersection, club workers bark at and cajole the crowds to lure customers inside.

In some instances, the club scene can include drugging and theft, according to the U.S. Embassy in Tokyo and some military officials in Japan.

On March 13, the embassy released a security notice to its staff and to military personnel in Japan, warning them to avoid certain clubs in the Roppongi neighborhood. Some Americans, the notice said, reported their drinks were spiked and their credit cards were overcharged.

U.S. military officials reported similar cases in recent weeks. In one, two customers from Yokota Air Base said they were drugged, and their credit cards were charged $1,600 each, according to Lt. Col. Mark Milam, the staff judge advocate for the 374th Airlift Wing.

Yet Tokyo police said they&#8217;ve had no reports of drugging among foreign customers. In more recent days, they did get three complaints from Japanese people saying their credit cards were overcharged at clubs in Roppongi, according to a police spokesman. No drugs were involved, he said.

The embassy&#8217;s notice shocked some club owners, especially those named as the alleged scenes of the crimes.

"We are troubled very much," said a manager of Climax, who asked not to be named and denied that any of the allegations happen in his club. "We have not been charged by the police or have not been investigated."

The manager learned of the notice through his customers and by reading about it in the local newspapers. He said he contacted owners of other clubs named in the notice, who also were surprised.

Chris Omoregbee, the owner of Exotic City, echoed the response.

"We never had claims from our clients and credit card company," said Omoregbee, who said some of his customers include servicemembers. "They have no proof. &#8230; It&#8217;s a mix-up."

Last week, a U.S. Forces Japan official tempered the embassy&#8217;s notice slightly, saying that in recent weeks a handful of servicemembers had reported their credit cards were overcharged in Roppongi.

But USFJ had no reports that the incidents involved drugging, according to James Brophy, an official with the USFJ Provost Marshal&#8217;s Office. The cases also involved an "overindulgence of alcohol," he added.

"[Roppongi] has somewhat of a history of criminal activities," Brophy said and advised those who are planning to enjoy the Tokyo nightlife to drink responsibly and travel in a group. "While Japan does have a very low crime rate, there are still threats out there."

Yet, despite that diversity, most neighborhoods developed around a distinct feel or theme. Akihabara has electronics. Ueno displays art and history. Ginza&#8217;s main street doubles as a fashion runway. Shin-okubo is steeped in Korean foods and culture.

Roppongi fits no such mold, say the U.S. servicemembers and Japanese business owners, politicians and residents familiar with the neighborhood. Yet for all its extremes, foreign people create Roppongi&#8217;s one common denominator.

The trend began after World War II, when the U.S. military operated out of what is now Hardy Barracks.

Over time, more foreign embassies opened in the area, and in the 1950s and 1960s, Japanese people dressed in European styles and came to Roppongi to mingle with the foreign languages and cultures. By the late 20th century, foreign companies opened headquarters in the area, bringing in more customers and economic growth.

All that foreign money found its way down to the streets. Bars and clubs played familiar music and showcased exotic dancers while high-end stores and restaurants catered to expat families and tourists. And when the economy fell in the 1990s, retailers moved out and more dance clubs moved in, according to Minato ward assembly member Herumi Yamamoto, who represents the area.

In the last decade, improvements have come as well, including two giant, sky-scraping complexes that bookend the neighborhood, those interviewed said.

Roppongi Hills, home to the Grand Hyatt, a movie theater and a museum, opened in 2003. Three years later came Tokyo Midtown, complete with a Ritz-Carlton, name-brand French chocolates and melons that sell for $100 each.

Yet the arrival of that glitz had its own consequences.

"It makes the middle look worse," said Rick Bower, the manager of Geronimo Shot Bar, a tiny place on Roppongi&#8217;s main street that has been serving drinks to expats and locals for 15 years.

The middle is Roppongi crossing &#8212; the intersection of Roppongi-dori and Gaien-higashi-dori &#8212; where the nightclub promoters stand. They are allowed to talk to potential customers but not touch them, said Keiji "Duke" Oda, of the Guardian Angels of Japan, a volunteer group that has patrolled the neighborhood since 1995 to promote safety.

Yamamoto said he believes the vocal promoters have multiplied in recent years and contribute to safety concerns. He said more shop owners and residents are paying closer attention to the nightly activity at the crossing. They work together to pick up garbage and clean graffiti.

Yamamoto said he proposed limiting the number of promoters two years ago, but improvements haven&#8217;t been seen despite efforts by the local government and assembly.

Oda also said the city has installed security cameras in some of the alleys filled with the dance and hostess clubs. But those precautions don&#8217;t always work, he warned.

Navy Seaman Steven Hunter of the USS Cowpens at Yokosuka Naval Base said a sailor from his ship recently went into a club and believes he was drugged. He woke up later that morning to find his wallet gone.

Hunter, a bigger fan of traveling than bar hopping, said he is heeding the warnings. But he also plans to visit Roppongi soon.

"Partying is great, as long as you&#8217;re with the right crowd," he said. "I think a lot of times people are drinking and having a good time and don&#8217;t pay attention to the dangers around them."

Navy Seaman Steven Loll, who works at U.S. Naval Hospital Yokosuka, said the hype about danger in Roppongi is overblown. Loll, who&#8217;s already made the trek to Roppongi in his first month in Japan, says he plans on going back and relying on his street smarts.

If something suspicious does happen, go to the Japanese police immediately or dial 110 on a cell phone, Milam, the Air Force judge advocate, told Kanto Plain radio listeners earlier this month. Servicemembers should contact their military security officers as well, he said.

Senior Airman William Cox of the 374th Operations Support Squadron at Yokota Air Base visits Roppongi about once a month. He said he likes Roppongi because "there&#8217;s always something happening."

On March 28, the museums and businesses in the area will host the Roppongi Art Night, according to Yamamoto, the ward assembly member. The festivities include a parade, and the overall goal is to show another side to the nightlife.

"We hope to change Roppongi to a place where people can safely enjoy the area," he said.

"My impression is that Roppongi has become worse. There is a safety issue. The downtown area used to be quieter. It had more class."Herumi Yamamoto, Minato ward assembly member

"The bartender, it looks like, or someone, is putting a drug in their drinks. And it is essentially incapacitating them. They are not cognizant of what&#8217;s going on around them. They end up finding out later that credit cards have been charged very high amounts."Air Force Lt. Col. Mark Milam, staff judge advocate, 374th Airlift Wing, Yokota Air Base

"Crime in Roppongi is not limited to these clubs alone and we urge everyone to remain extra vigilant when enjoying the night life that Roppongi offers."U.S. Embassy security notice, March 13

"There are good establishments and clubs and joints, but you have to know where you are going."Keiji "Duke" Oda, Guardian Angels of Japan, a civic group that patrols the streets at night

"I think it&#8217;s blown way out of proportion. Stick in groups and don&#8217;t do anything stupid. Stay away from the alleys and massage girls."Navy Seaman Steven Loll, U.S. Naval Hospital Yokosuka, Yokosuka Naval Base

"I wouldn&#8217;t say that it is to the point where you should stay away completely from [Roppongi]. But you should be careful and aware of your surroundings."Air Force Capt. Ryan Wong, 459th Airlift Squadron, Yokota Air Base