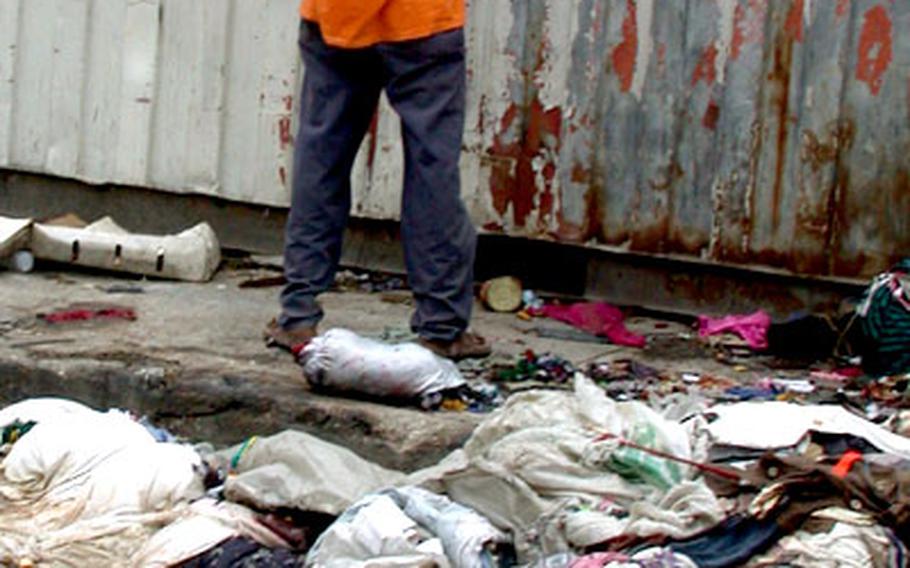 Many of the grunts of the 3rd Battalion, 8th Marines say they don’t know why they’re still trudging through the garbage-filled streets of Port-au-Prince, Haiti. The severe poverty behind the filthy streets also has contributed to the instability the Marines are fighting against. Here, a Haitian man looks for clothes in a garbage pile. (Sandra Jontz / S&S)

Many of the grunts of the 3rd Battalion, 8th Marines say they don’t know why they’re still trudging through the garbage-filled streets of Port-au-Prince, Haiti. The severe poverty behind the filthy streets also has contributed to the instability the Marines are fighting against. Here, a Haitian man looks for clothes in a garbage pile. (Sandra Jontz / S&S) 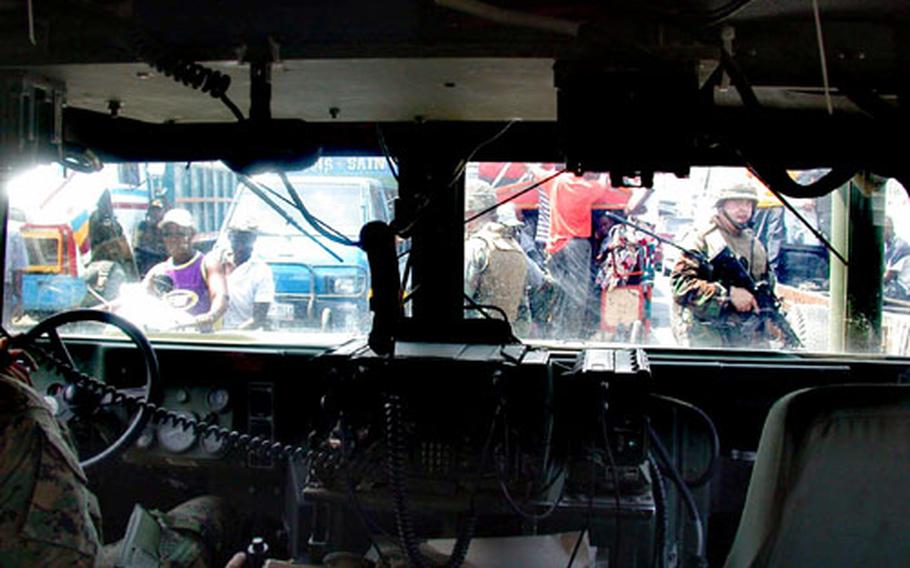 One of the main missions of the Marines deployed to Haiti is to provide “presence patrols,” both on foot and in vehicles, through the nation’s streets. The patrols provide a constant reminder to the Haitian people that the Marines still are watching over their activities, in search of criminals, illegal weapons and drugs. (Sandra Jontz / S&S) 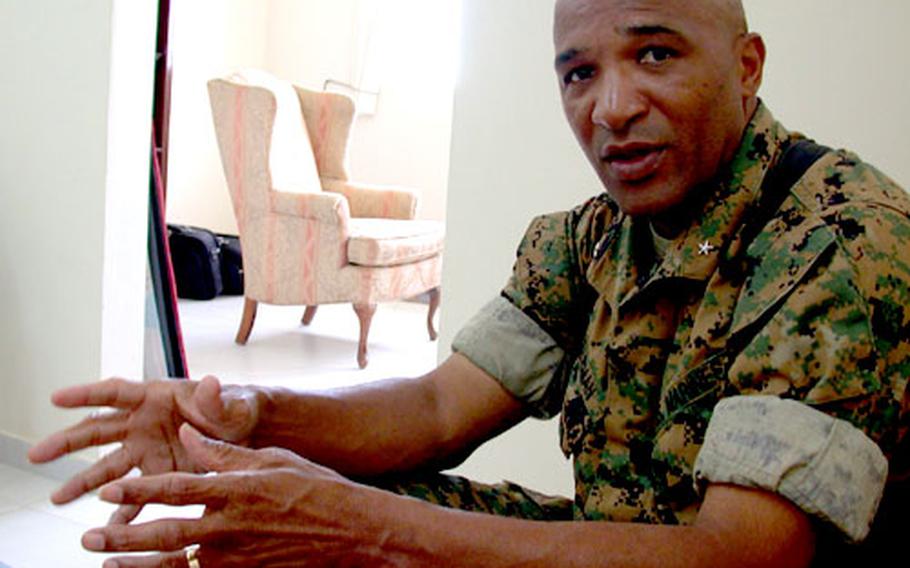 Marine Brig. Gen. Ron Coleman, commander of Combined Joint Task Force-Haiti, said he does not subscribe to many Marines’ belief that their work is done in Haiti. However, Coleman says expects they will begin leaving after the original 90-day deployment deadline is reached. (Sandra Jontz / S&S)

Many of the grunts of the 3rd Battalion, 8th Marines said in recent interviews that, for them, combat missions &#8212; and by extension the U.S. Marine Corps&#8217; role in the poverty-stricken Caribbean nation &#8212; are over.

Leaders, from the top general to members of Congress, say that when looking at the big picture, the mission for the deployed Marines, now in their 58th day, might not be quite complete.

On Tuesday, several U.S. lawmakers sent a letter to President Bush asking him to extend the original 90-day deployment plans for U.S Marines in Haiti, deployed since Feb. 29.

In the letter, lead author U.S. Rep. Mark Foley, R-Fla., wrote of a recent a visit with Haitian President Boniface Alexandre and Prime Minister Gerard Latortue in which the collective expressed concern if the Marines pull out in a month&#8217;s time.

But the progress &#8220;may be for nothing should the U.S. Marines currently on the ground there fully withdraw on June 1st,&#8221; Foley penned. &#8220;It is clear by our observations, and the pleas of both the President and the Prime Minister, that a reduced international force would revert Haiti back to a state of lawlessness and humanitarian crisis.

&#8220;All of us understand the need for U.S. troops in other theaters of operation in other parts of the world,&#8221; the letter continues. &#8220;However, we have a commitment and an opportunity to help the Haitian people establish a viable economy and an uncontested elected government once and for all. We therefore respectfully urge you to maintain a U.S. presence beyond the June 1st deadline for withdrawal.&#8221;

The 3-8 was scheduled to deploy to Iraq later this summer. The Haiti mission bumped them from the current rotation.

It has been a delicate dance of politics, diplomacy, military operations and gaining the trust of the Haitian people. More to the point, it has been about getting them to trust their own police force.

&#8220;There are weapons in Haiti. Will we get all the weapons? No. Can the U.N. peacekeeping forces coming in back of us, hopefully in larger numbers and staying for longer time? I don&#8217;t know that you&#8217;ll ever get all the illegal weapons, but we are trying.

The U.S.-led contingency of coalition forces, which include Chileans, French and Canadians, are scheduled to hand over command of the peacekeeping force June 1 to the United Nations, with Brazil taking the lead.

In the meantime, the infantry Marines said they&#8217;re more like glorified cops. Their &#8220;presence patrols&#8221; are the countless hours of mounted and dismounted treks through sewage- and garbage-laden streets of Haiti&#8217;s capital, Port-au-Prince.

But all tackle each mission with professionalism, searching suspect vehicles or homes, interviewing residents to glean intelligence that might lead to ridding the streets of weapons, drugs and criminals.

Marines play soccer or basketball with locals in an effort to forge relationships of trust and empowerment between the police, the gangs and the community.

The grunts aren&#8217;t complaining for sake of complaining, they said.

It&#8217;s harder when they don&#8217;t know why they&#8217;re gone, they said. It&#8217;s easier to accept why one Marine has missed seven of eight wedding anniversaries over the course of his career and why another missed all three birthdays of his 3-year-old son.

Numerous deployments now tapping forces Corps-wide have sapped many of their energy and of their desire, some said.