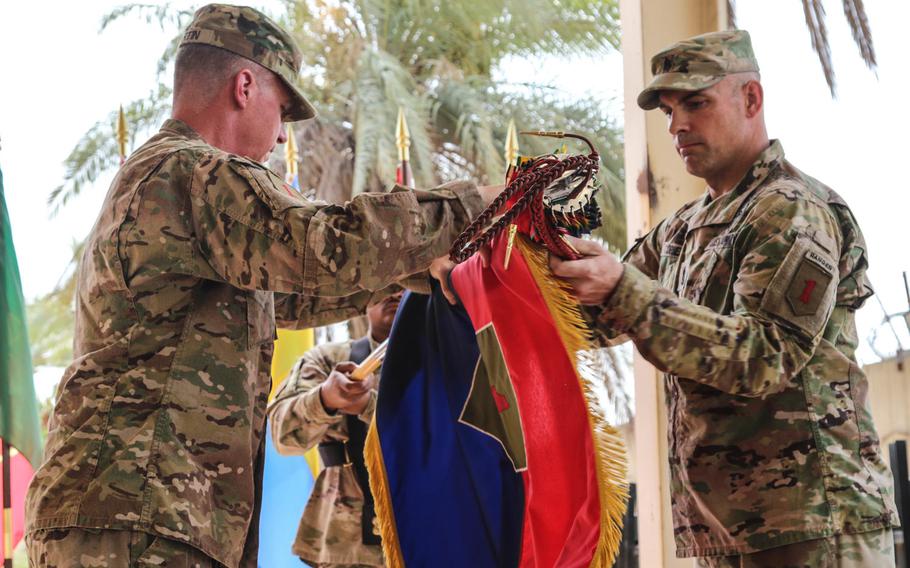 The 1st Armored Division on Wednesday assumed command of the multinational land component of the U.S.-led anti-Islamic State coalition from the 1st Infantry Division, which had led it since November.

The Operation Inherent Resolve land component is partnered with the Iraqi security forces, including the country’s Counter Terrorism Service, and the Kurdish forces known as peshmerga.

White, the incoming commander, praised the outgoing 1st Infantry Division’s efforts in Iraq as “keenly instrumental in the success of Iraqi operations to liberate Mosul.”

Iraqi Prime Minister Haider al-Abadi declared the city “totally liberated” on Monday, but in a video conference with Pentagon reporters on Tuesday, Townsend said there was a lot of “mopping up” to be done to clear the city of hidden ISIS fighters and explosive devices.

The U.S. has continued conducting airstrikes in the city since Monday, and Townsend said he did not anticipate a drawdown of U.S. troops in the immediate future, as there is still a lot of work to be done to defeat ISIS.

White said the soldiers of the 1st Armored Division, which will celebrate its 77th birthday on Saturday, “are proud to join this command and this unified fight against ISIS.” He said they’re committed to their Iraqi and coalition partners and to the mission before them.