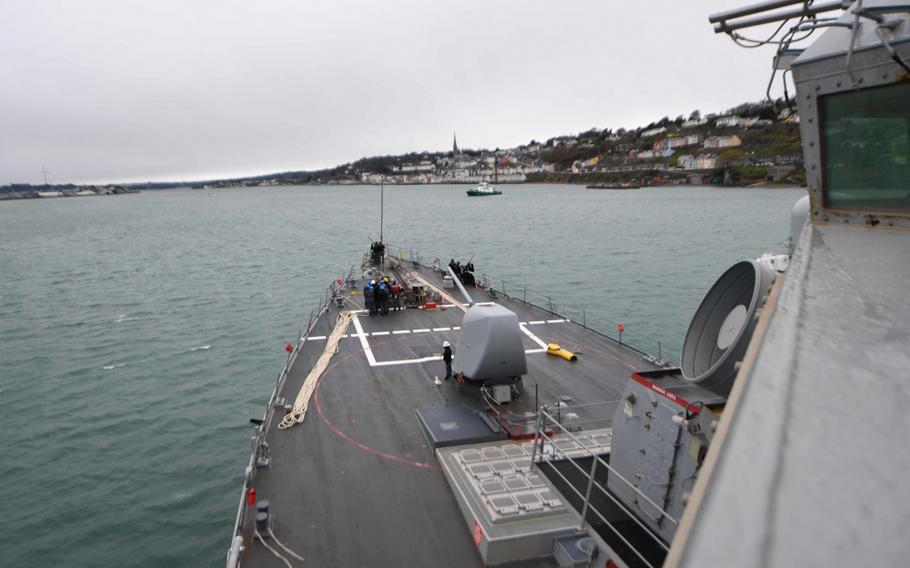 A sailor arrested by Irish police on suspicion of sexually assaulting a female sailor was released to U.S. Navy authorities, officials said Friday.

The alleged sexual assault occurred at a hotel in Dublin while the USS Donald Cook, a destroyer based in Rota, Spain, was in Ireland for a port of call. Dublin police responded to a call early Wednesday that a man sexually assaulted a woman, a police spokesman said.

Police arrested a sailor and turned him over to the Navy on Thursday without charging him, said Capt. Pamela Kunze, a 6th Fleet spokeswoman.

The Navy is investigating the incident, she said.

Navy officials and Irish authorities would give no further details.