Iraqis get on their feet up in the air 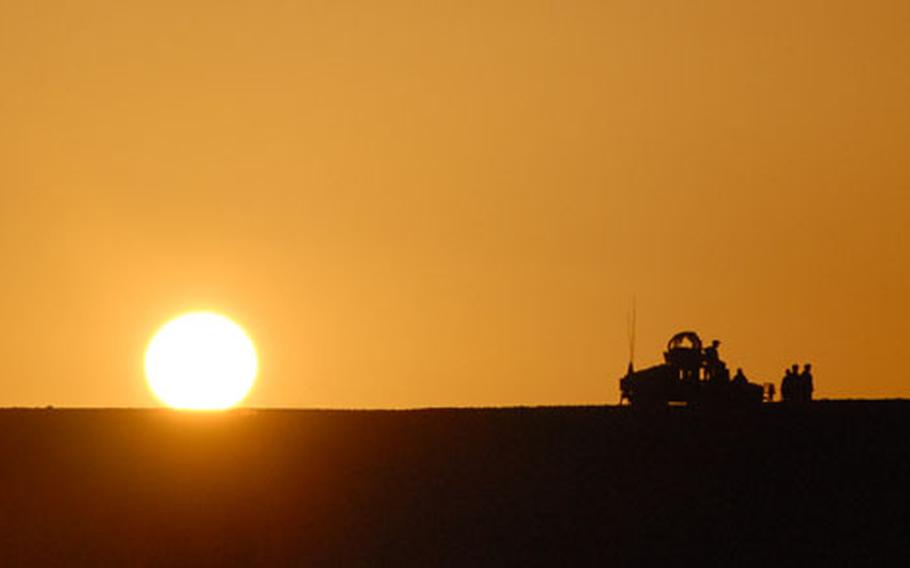 Iraqi soldiers who are part of a cordon around Marghab Al Tair, Iraq, early Friday morning wait for fellow soldiers on an air assault team to finish searching the village, which sits near the country’s border with Syria. Friday’s operation was the first helicopter operation for the Iraqi Army’s 11th Brigade, 3rd Iraqi Army Division. (James Warden / S&S)

Iraqi soldiers who are part of a cordon around Marghab Al Tair, Iraq, early Friday morning wait for fellow soldiers on an air assault team to finish searching the village, which sits near the country’s border with Syria. Friday’s operation was the first helicopter operation for the Iraqi Army’s 11th Brigade, 3rd Iraqi Army Division. (James Warden / S&S) An Iraqi soldier guards residents of Marzuga Al Marghab, Iraq, who have already been questioned. The soldiers rounded up all men of a certain age for questioning Friday at a local school, but did not detain any of them in this village. (James Warden / S&S) Residents of Marzuga Al Marghab wait for Iraqi soldiers to question them during a search that took place Friday after leaving an operation in neighboring Marghab Al Tair. (James Warden / S&S) 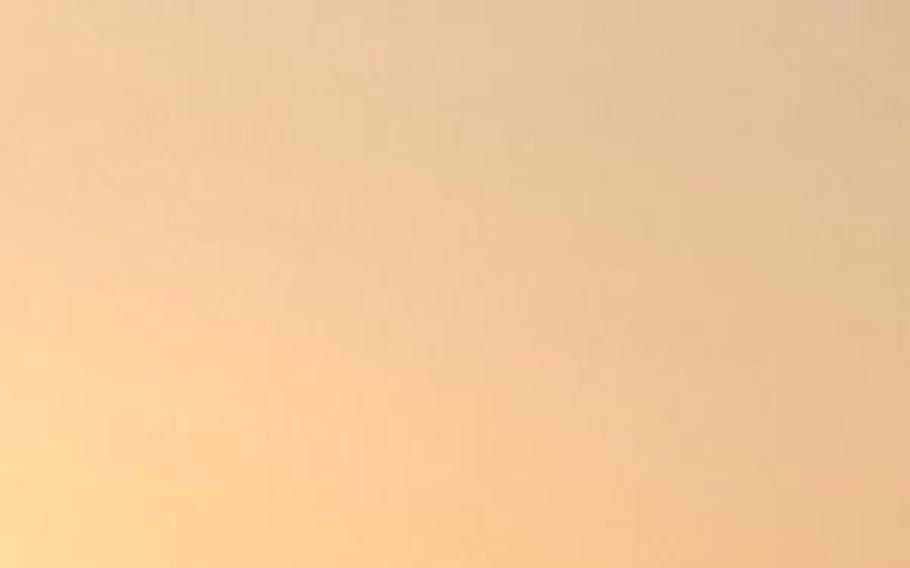 A Black Hawk circles around an Iraqi army Humvee that is part of a cordon early Friday morning around Marghab Al Tair, Iraq, a village near the country’s border with Syria. Friday’s raid was the first helicopter operation for the Iraqi Army’s 11th Brigade, 3rd Iraqi Army Division. The soldiers rode in on Chinooks, and this Black Hawk provided command and control throughout the search. (James Warden / S&S)

TAL AFAR, Iraq &#8212; When blue lights lit up the interior of the Chinook as it prepared to take off, Capt. Joshua Wagner could see the excitement on the faces of the Iraqi soldiers inside. Each 11th Brigade, 3rd Iraqi Army Division soldier grasped a magazine in his hands, ready to pop it in when he exited the helicopter. That memory stayed with Wagner hours after the Friday raid on the village of Marghab al Tair.

The Iraqi soldiers could have said the same about Wagner, who called the missions one of the most enjoyable he&#8217;d experienced. He and his fellow military transition team members recalled the highlights of the operation while waiting for vehicles to return them to their base in Tal Afar.

The enthusiasm is not surprising. The operation was the division&#8217;s first helicopter raid with the military transition team, and it went extremely smoothly. The Iraqi soldiers exited the Chinook as quickly as the thick desert sand allowed and immediately split into two squads that began searching separate halves of the village for insurgents and weapons caches.

Marghab al Tair, a Sunni Arab hamlet near the Syrian border, was a prime target for a first-time raid. The desert village is a popular stop for al-Qaida in Iraq fighters moving from Syria to Tal Afar or Mosul, Wagner said. The soldiers have been there before.

But catching those insurgents by approaching them from the ground has proved very difficult, said Maj. Abdullah Kasin Achmet, the brigade intelligence officer. A convoy can be seen coming from miles away. Insurgents sometimes flee on motorcycles, which can be nearly impossible to catch in a Humvee.

Helicopters, though, give the soldiers a crucial element of surprise that is hard to obtain at ground-level on the flat, dusty desert, Achmet said through an interpreter. It is also easier to spot suspects trying to escape. When there are helicopters, nobody can get out of the town, he said.

The different experiences of the raiding team aboard the Chinook and those who drove in illustrate another advantage of an air assault.

The ground group&#8217;s job was to cordon off the area while those in the air searched houses. The two were supposed to arrive at the same moment. Instead the ground team arrived 20 minutes late, partly because they had to circle around the desert trying to find the village. By the time they arrived, the transport helicopters had already flown away and the air insertion team was well into its search.

Wagner said the late arrival didn&#8217;t hurt the operation because other helicopters were in the air watching for people fleeing the area.

In the end, the operation, exciting as it was, went down uneventfully. No one fought back. But neither did the soldiers snag the insurgent leader they were looking for.

"We wanted to surprise them, that&#8217;s why we used the helicopter, but they&#8217;d already gone I guess," 1st Lt. Jalal Rashaw, the 1st Battalion intelligence officer, said through an interpreter. "[The operation] went well, but I wish we could have caught some bigger people."

On the way back, both the air and ground teams stopped in a handful of villages to question residents. In Marzuga Al Marghab, the soldiers rounded up all men of a certain age for interrogation at a local school but did not detain any.

The soldiers did detain seven people in Marghab al Tair and uncovered a cache with $17,000, about $100 in Iraqi dinars, photos, fake IDs and a book on how to shoot guns. They also found that the houses thought to be insurgent homes were either empty or contained only women. Wagner speculated that something spooked the insurgents, possibly the Iraqi army not keeping the raid plans a secret.

He&#8217;s undaunted, though. A smaller air assault, with just a battalion, for example, could make it easier to conceal the plans. Senior leaders could keep the operation a secret during the planning stages and tell their soldiers about it only at the last moment.