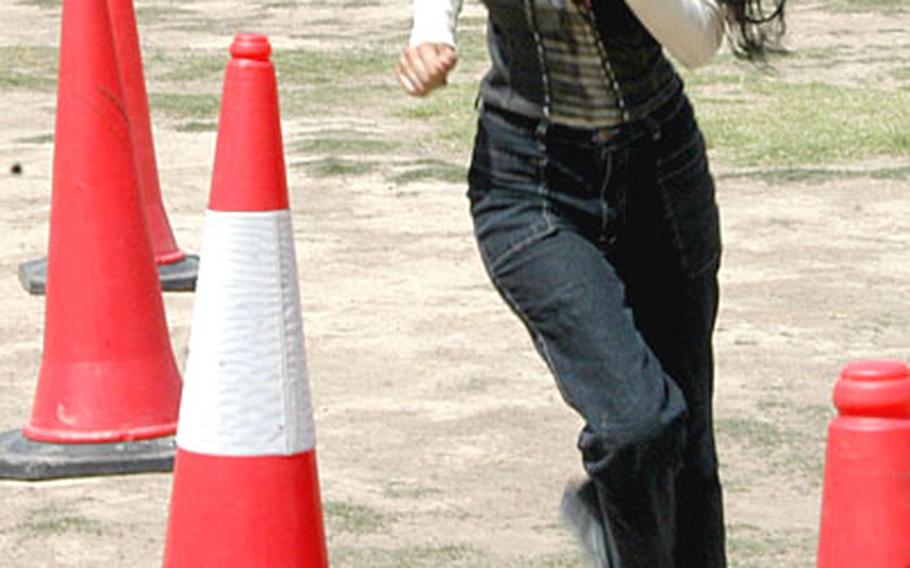 Zahrr Alganabe runs between cones during an obstacle course test given to candidates seeking to join the Iraqi Police. (Sandra Jontz / S&S)

Zahrr Alganabe runs between cones during an obstacle course test given to candidates seeking to join the Iraqi Police. (Sandra Jontz / S&S) 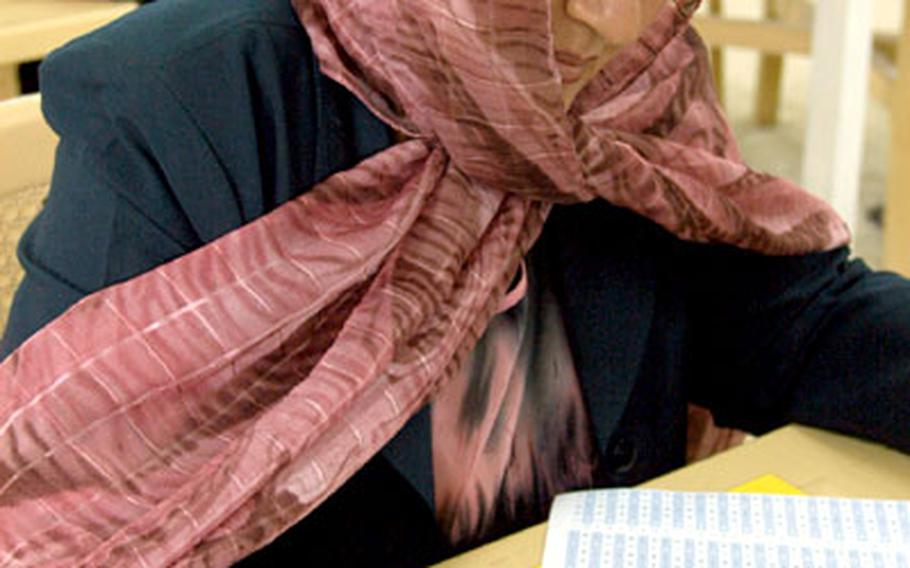 Ammera Rathy, 35, takes a written exam to qualify to become a cadet at the Baghdad Police Academy ... (Sandra Jontz / S&S) 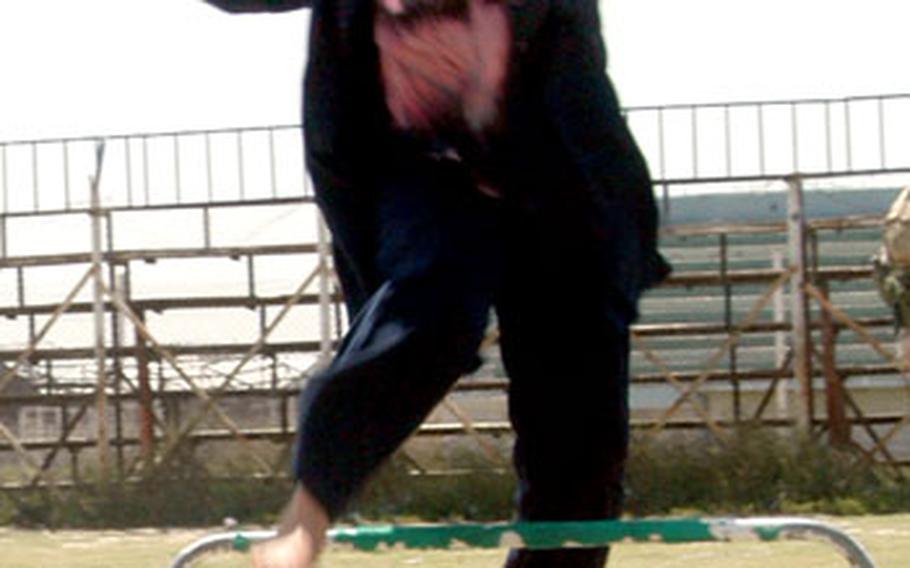 ... and after the written test, she clears a hurdle as part of a physical fitness test. (Sandra Jontz / S&S)

BAGHDAD &#8212; Things worth having are usually hard to come by, and Ammera Rathy says she is not intimidated by a culture not 100 percent ready to accept women on the Iraqi police force.

&#8220;I want to help keep my country and the people on the streets safe,&#8221; said the 35-year-old police cadet candidate who never before has held a job.

Women present &#8220;physiological&#8221; challenges, such as pregnancy, that make then incompatible to hold jobs as police officers, said Maj. Gen. Mohammed, dean of the Baghdad Police Academy, the only one of five police academies in the country training women to be Iraqi Police.

&#8220;[Those] we have right now are assigned to do desk work, and I fear they will be harassed,&#8221; he said, referring to harassment coming from both within the ranks as well as from the general population. For security reasons, he asked his last name not be published.

It is a delicate issue being addressed by the U.S.-led coalition and Iraqi leadership as the country transforms into a democracy. Women police cannot be forced upon the society, but neither can they be ignored, especially as they line up to sign on the dotted line to be recruited, said officials of the Civilian Police Assistance Training Team, or CPATT.

Female police officers are not new to Iraq. In 1970, Mohammed said, the force started a pilot program that put females on traffic details in skirted uniforms with the hem just below the knee &#8212; a stark contrast to the traditional head-to-toe abaya worn by a majority of females at the time. The program failed, he said, though he is not sure if it was because Saddam Hussein came to power or if the culture failed to accept women in positions of authority.

The 27 female cadets now learning at the Baghdad academy &#8220;by and large&#8221; perform better than the males, Adams said. They tend to outperform the men in academics and even on the shooting range, where instructors don&#8217;t have to break bad shooting habits.

Out of the nearly 28,000 graduates from all five academies who have gone through basic training since October, 582 are women &#8212; all from Baghdad academy. On May 1, the Sulaymaniyah Regional Academy is expecting to enroll 25 females for the first time.

&#8220;I am not against women,&#8221; Mohammed said through a translator. &#8220;But females recruits will face difficulties from society. Where can we assign them? We are trying to make them equal to men, equal to men in the police department, but I don&#8217;t know if this is going to work.&#8221;

That is not a thought Zahrr Alganabe is willing to accept.

&#8220;I can do this job,&#8221; she said after completing an obstacle course to qualify for the Baghdad Academy.

&#8220;I do not accept&#8221; that women cannot defend their nation by putting on the two-toned blue police uniforms, she said.