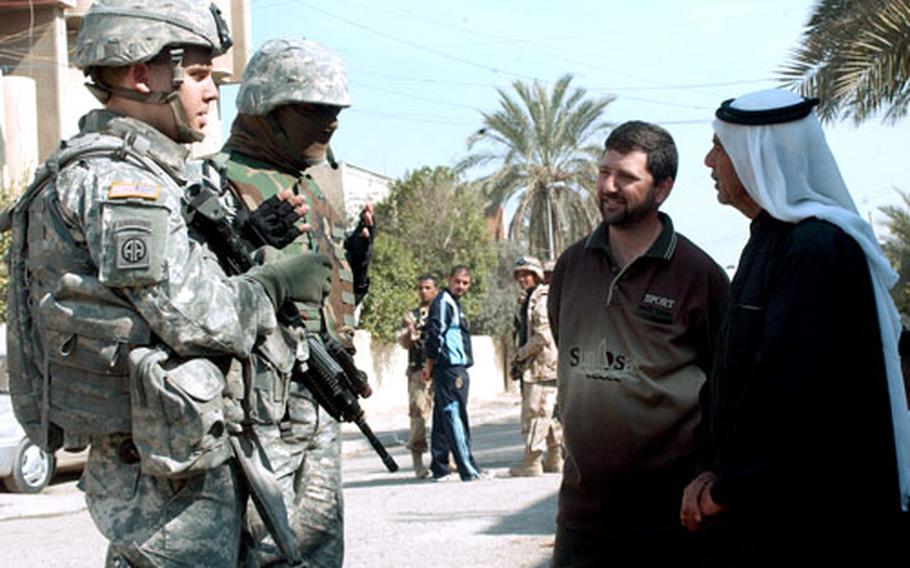 A police station is being turned into a permanent base for coalition and Iraqi forces in Sadr City, a poor neighborhood in east Baghdad that has been a Shiite stronghold.

The 2nd Brigade Combat Team of the 82nd Airborne Division from Fort Bragg, N.C., went to Sadr City at the invitation of the mayor and other key leaders of the crowded Shiite district, and with the full backing of the Iraqi government, officials say.

Smiley&#8217;s Stryker battalion is providing security while the station, formerly the Al Jezaaer Police Station, is being worked on.

Paratroops from the 82nd Airborne arrived at the building Sunday and reinforced it with roadblocks.

Over the next several weeks, engineers and contractors will reinforce the structure, run power lines and install communications systems.

&#8220;They are going to be sharing information so they can go out and secure the population,&#8221; Smiley said.

Meanwhile, Brig. Gen. John F. Campbell, deputy commanding general for maneuvers for the Multi-National Division-Baghdad, said the number of attacks against coalition forces has dropped in Sadr City and Adhamiyah, another Baghdad neighborhood.

In December, the two districts accounted for a total of 440 attacks, including small-arms fire, bombs and sectarian murders.

From Feb. 5 through March 5, however, there were 91 attacks, Campbell said.

Campbell also said coalition and Iraqi forces last week uncovered more than 10 times the number of weapons they seized the previous week, partly due to large discoveries southwest of Baghdad.

More than 21,000 small-arms rounds and 937 mortar rounds were confiscated, he said.