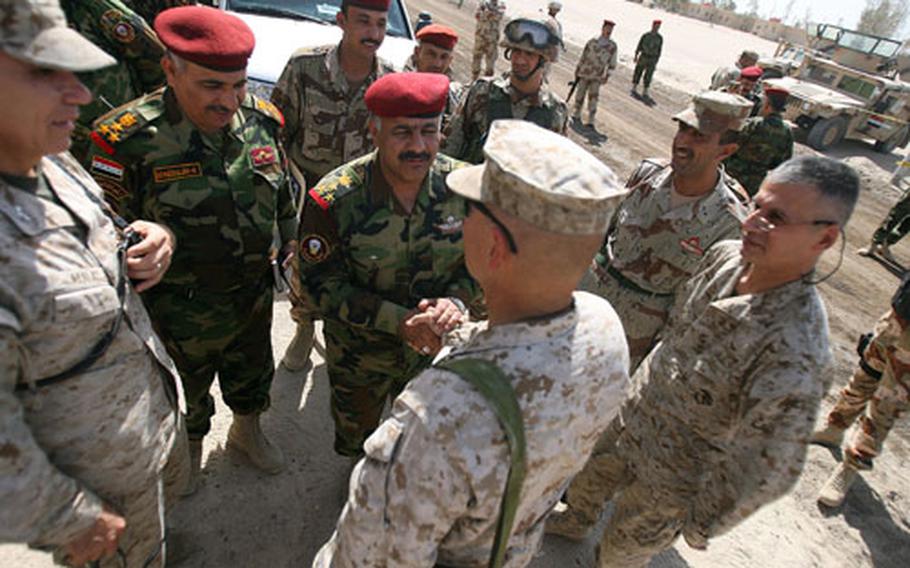 The 4th Brigade, 1st Iraqi Army Division assumed security responsibilities that had been under the U.S. Marines&#8217; Regimental Combat Team 5, based in Fallujah. The area involved ranges from west of Abu Ghraib out toward areas north of Fallujah.

&#8220;On behalf of the 5,000 Marines, sailors and soldiers of Regimental Combat Team 5, I want to say how special and important today is,&#8221; Col. Larry D. Nicholson, commander of RCT-5, was quoted in a news release.

Troops from the Iraqi 4th Brigade have fought in Fallujah, Gharmah and Karbala, among other areas. They helped with rebuilding Fallujah and protected candidates from assassination attempts before last year&#8217;s elections, U.S. military officials said.

&#8220;This is an indicator of the level of training of the jundi of 4th Brigade,&#8221; Iraqi Brig. Gen. Abdullah Abdul Satter Abdul Karem was quoted as saying in the American news release. &#8220;We are dedicated to building a free Iraq to defeat terrorism.&#8221;

In September, the Iraq army&#8217;s 1st Division assumed authority over its 3rd Brigade, based in Habbaniyah.